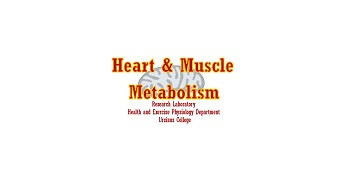 The American Heart Association (AHA) has awarded Dr. Stephen Kolwicz the 2020 AHA Institutional Research Enhancement Award (AIREA). The two-year award will provide $154,000 to the Heart and Muscle Metabolism (HaMM) lab to study the effects of the ketogenic diet and the role of ketone body metabolism in the heart. Preliminary data for the grant was generated primarily by two HaMM lab researchers, Zachary Larmer ’20 and Lola Holcomb ’21, who both presented the initial findings of their project at CoSA 2019. In addition, Elizabeth DeWitt ’19, Caitlin O’Neill ’21, and Kristin Harvey ’20 were instrumental in contributing to the grant application. The idea for the grant was initiated by student interest in the popular ketogenic diet, which has been suggested to be beneficial for weight loss and athletic performance. Dr. Kolwicz, along with Harvey and Holcomb, recently published a review article on the role of ketogenic diets in exercise performance and concluded that insufficient scientific evidence to support the ketogenic diet as a strategy to enhance performance existed. Although the ketogenic diet appeared to increase weight loss in the short term, there was a lack of research on the long-term consequences of the diet. Since the ketogenic diet is a high-fat diet, which is currently against the dietary recommendations of the AHA, there is a potential for the diet to have a negative impact on cardiac health. The proposed studies in the grant will hopefully provide valuable insight into the role of ketone body metabolism in heart function and provide necessary information on the long-term consequences of consuming a ketogenic diet.