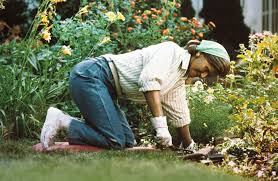 The Story Behind the Statues

Ursinus College’s pathways, buildings and grounds are riddled with art pieces, including a myriad of colorful and thought-provoking sculptures. In the last GOLD Standard, we unpacked the history of the LOVE Statue that currently resides outside of Lower Wismer. This time around, we are unveiling the history surrounding two of Ursinus’s most famed statues: The Knitter (formally titled Getting Involved VIII) and The Gardener (formally titled Down to Earth VIII).

Born in New Jersey in 1930 and the grandson of Robert Wood Johnson I (the founder of Johnson & Johnson), J. Seward Johnson Jr. (“J.S. Johnson”) was very well-known for his realistically painted bronze statues. Specifically, J.S. Johnson’s statues exist as reflections of living people that were originally sketched using pencil, then brought to life using clay. Once the body of the sculpture was molded with clay, J.S. Johnson dressed it in human clothes and made a plaster cast of the clothed sculpture. A bronze casting was then created from the plaster cast and thereafter painted with patina.

In J.S. Johnson’s earlier years, he attended and graduated from the college preparatory Forman School in Litchfield, Conn. before attending the University of Maine. Afterward, he enlisted in the Navy and spent four years aboard the U.S.S. Gloucester, the only ship hit by enemy fire during the Korean War. He later settled in New Jersey to not only raise a family with his wife, but establish Grounds for Sculpture, a 42-acre sculpture museum located in Hamilton, N.J. J.S. Johnson’s earliest artistic efforts involved painting, but as his aesthetic developed, he gravitated toward sculpture. Having no formal training beyond a series of classes in Cambridge, Mass., his very first cast work sculpture won an award for a steel art competition, which included 7,000 entries. Thereafter, J.S. Johnson continued to hone his sculpturing craft.

The Knitter has been on campus since 1993; the Gardner has also belonged to the Berman since 1994 but was on long term loan to the Governor of Pennsylvania’s mansion for a number of years before being returned to campus. When Ursinus students first experience each, they typically either: (1) assume the sculptures are real people, or (2) do a double take! In fact, this reaction by students is the exact reaction sought by Johnson from those who view his work: “I want my work to disappear into the landscape and then take a viewer by surprise. After [the viewer] gets over the shock of being fooled, it becomes an emotional discovery. Then [the viewer] owns the sculpture. People often revisit their favorites. They become…friends.”

Sadly, J.S. Johnson passed away in March of 2020 at the age of 89; however, his sculptures and legacy continue to thrive on Ursinus’s campus. The Knitter and The Gardener are often talking points of students and alumni alike, and occasionally, an expertly crafted student-curated tale regarding these sculptures sneaks about campus. As years pass, these sculptures will continue to charm the Ursinus community, invoking wonder and curiosity alike from all who experience them.

“It’s easy sometimes to forget the simple things that give us pleasure. If we open our eyes, life is marvelous. The human spirit triumphs, if only for moments in a day. I try to have my work call attention to those moments.”

At Baccalaureate, Graduates Turn to Words of Faith and Tradition