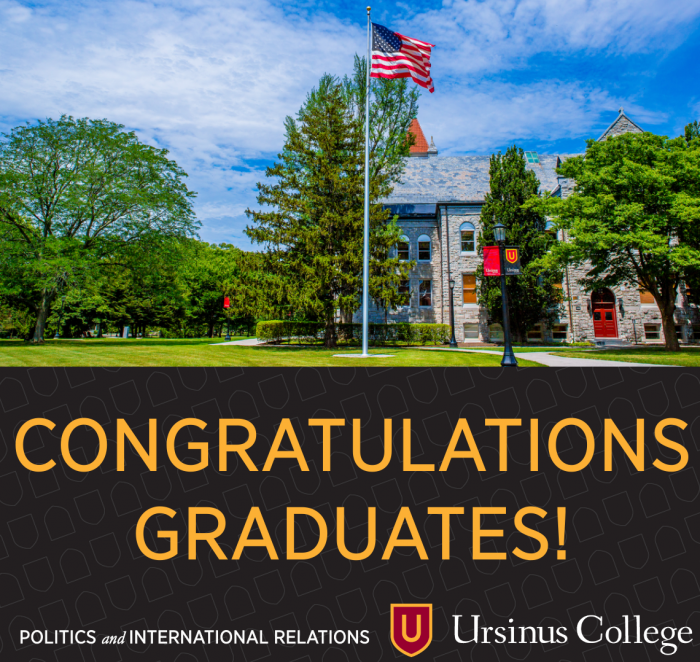 Our 2021 graduates conducted impressive independent research projects, served as campus leaders throughout their years at Ursinus, and earned recognition for their work.

The Department of Politics & International Relations is proud of all of its graduating members of the class of 2021!