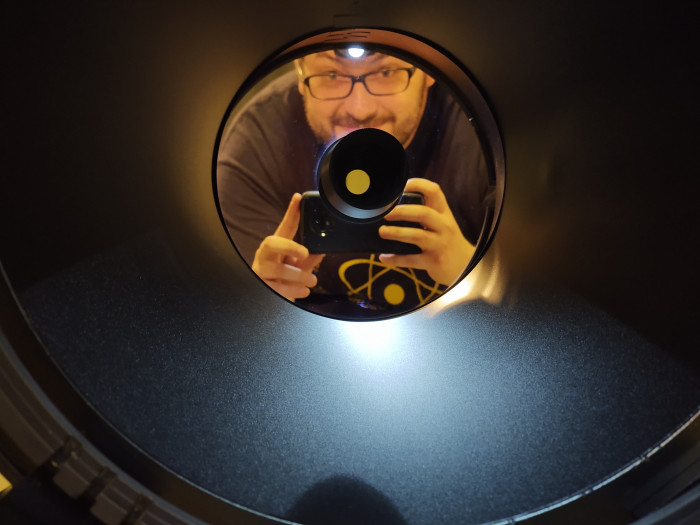 A Hands-on Approach to Restoring a 70-year-old Observatory

As a sophomore in 1947, Walter W. Marsteller attended a meeting at the Franklin Institute in Philadelphia, where he and the college received an offer that was hard to refuse: The Institute would lend Ursinus a 10-in. refractor telescope if space for it could be provided on campus. The administration accepted the offer, and Marsteller, with help from other students and the Ursinus maintenance staff, quickly got to work constructing a dome made of scrap and war surplus material.

The endeavor is much like Marsteller’s original student-driven mission that first brought the observatory to Ursinus more than 70 years ago.

The goal is to get one of the four scopes in full working order by the end of Summer Fellows. “All the electronics work on them so it’s really just a matter of getting them clean enough to the point where I can use the computers. We have a bunch of great software and CCD cameras that we use for astro photography, but none of it’s going to be working if I can’t see through the scope or the scope itself doesn’t work. So step one is to see through the scope, and then do all the fun stuff.”

In addition to learning how to clean such a sophisticated piece of equipment, Barker is also learning how to code. “It’s a special programming language that’s used by astronomers and astrophysics in the field today,” said Barker. “Professor Kassandra Martin-Wells likes to get us used to it here during our undergrad, and I’m sort of building off her idea of getting undergrads used to it by writing a very long procedure so that it can help with calculations for astronomical observations.”

Barker, who once worked doing traveling science shows for elementary and middle schools, said his ultimate goal is to have a star party before or after he graduates that includes community involvement. “I want to share this with everybody. You don’t have to be an Ursinus student. You don’t have to be an alumni. I just want everyone from as far as they can drive to just come and share this with us.” 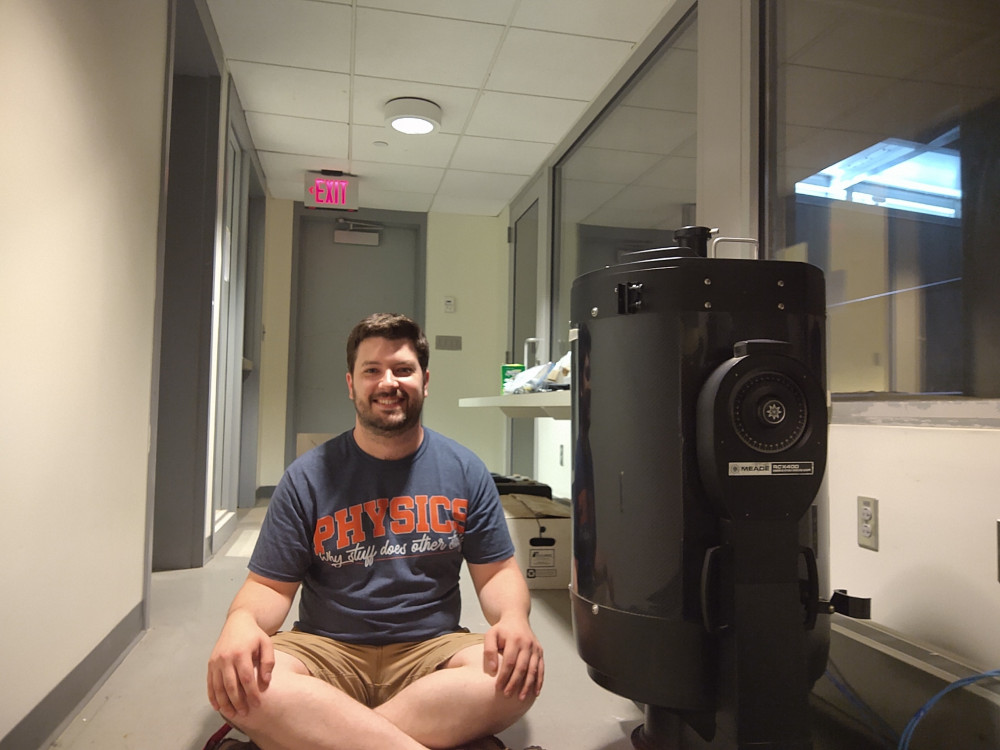