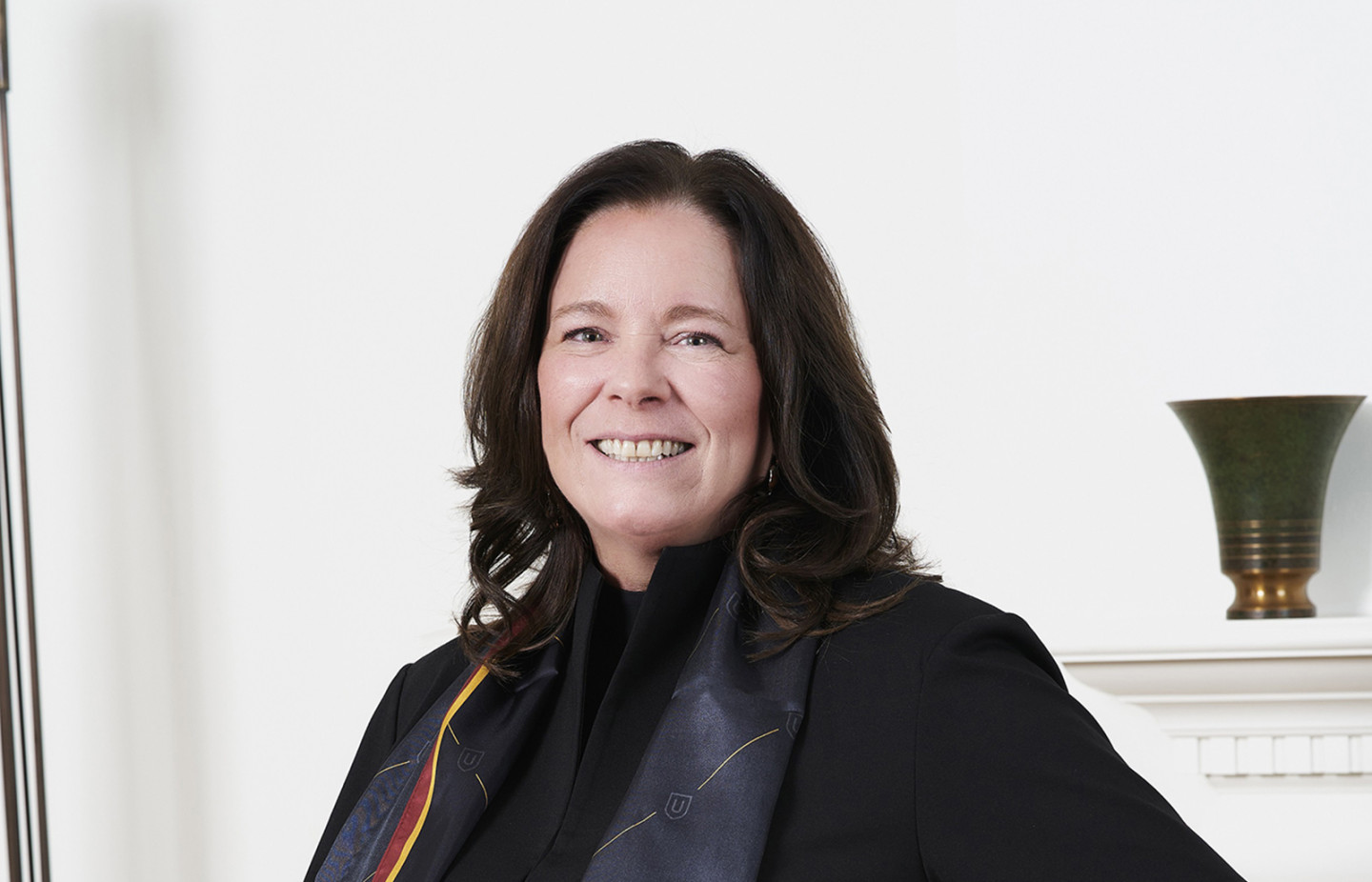 Robyn Hannigan, an environmental scientist whose career has taken a few unexpected turns into policy, community outreach, and the launch of two small start-ups, will be the next president of Ursinus College.
HomepageNewsIntroducing Robyn Hannigan, Ursinus College’s 19th President
March 04, 2022

It’s a role the current Clarkson University provost is eager to embrace. One might even say that all along, the paths she’s followed have led her directly to Collegeville.

“Ursinus’s values are what drew my attention,” says Hannigan, who will begin her presidency on July 1, 2022. “My interests are the same. I certainly appreciate the process of problem-solving, of having the opportunity to think differently, to experiment when it is combined with opportunity. I like doing a lot of imagining. And I love learning—I’m the one often asking too many questions.”

Now entrusted to lead a historic liberal arts college where questions—and not just answers—are a way of life, “asking too many” certainly isn’t a bad thing.

Katherine Haley, a higher education consultant and former president at both Gettysburg and Whittier Colleges, lauds Hannigan’s professional accomplishments and her valued leadership. But it’s her ability to connect with colleagues and students by tapping into that propensity to inquire that she finds most impressive. “She’s just so authentic,” Haley says. “She has a great sense of humor to match her great sense of purpose and dedication. Talking to her is a delight because Robyn is so accomplished, but down-to-earth and incredibly personable.”

That balance is what she hopes to model for her daughter, Cami, an 11-year-old with a creative mind and a mischievous flare. Along with husband Alan Christian, the three will call Collegeville home later this semester. That home will include three playful dogs—one of which is an affectionate Great Dane that is Hannigan’s quiet confidante.

“I’m going to work hard to make sure Cami sees a woman leader who understands the complexities of making difficult decisions and of balancing personal and professional workloads,” she says. “I want her to see in me a leader who is sensitive to the realities of others. Being a working mother keeps me mindful and grounded, open to the real, lived experiences of our students, and seeing all of who they are.”

She learned early in her career just how critical personal background and lived experience are to an individual’s academic growth and scholarship. As an assistant professor at Arkansas State University, she was involved in detailing the chemical record of tobacco smoking using hair specimens. But an undergraduate student asked her to reconsider the line of research, and instead to investigate the use of chemical records to identify the use of snuff, a smokeless tobacco that was prevalent in her rural Arkansas community.

“She took it on her own to write a new proposal and it ultimately changed my world view,” says Hannigan. “This student relied on her own experiences, historical perspective, changing environmental factors, the experiences and interaction with health centers. She was being authentic and true to her own life experiences. And that led to new knowledge that we’re still learning from today.”

She’s seen that approach play out time and again among undergraduate students at other colleges, especially in senior capstone courses. So often their curiosity outweighs those conducting graduate research. “There’s a better embrace of risk, of sharing the burden, of being more curious and reaching out to communities to gather information. I’ve learned you should never underestimate their skills at being creative thinkers.”

In some ways, it reflects her own path. She is of mixed heritage and speaks candidly about a family that was frequently on the move, living at various locations across the northeast with limited economic means. Hannigan was a first-generation student herself when she entered The College of New Jersey. She is a descendant of a Narragansett Indian Tribe that lives by the anthem, “Everyone is my brother.”

Her work to build inclusive communities, both on and off campus, was recognized at Clarkson University, a nationally regarded research university with an emphasis on technological education. “She has opened doors for new engagement with the Clarkson academic community, strengthened co-curricular programs and complementary learning experiences, and supported a renewal of the faculty governance,” says Clarkson President Tony Collins. “Most notably, she’ll likely continue at Ursinus community-building on the issues that matter to students who want to lead in a world that acknowledges the importance of diversity and inclusion as part of solving the complex problems that confront our world.”

“I think we can overcome so much if we make an effort to listen,” Hannigan says. “The truth is, students are coming to me with multiple layers that I don’t understand. I have those layers, too—we all do. Those different lived experiences impact our world views, academic pursuits, and the way we talk and interact with one another. We need to work harder to hear those personal stories.”

Those interactions have led her to become a passionate advocate for access and opportunity, a commitment heralded by leaders in higher education. University of Massachusetts Boston Chancellor Keith Motley calls Hannigan the “right visionary leader for Ursinus to serve at this moment in time … an innovative, student-centered leader who will inspire others to think differently about the future.”

Her commitment to access ultimately became a foundational pillar of the School for the Environment at UMass Boston, where she worked alongside Chancellor Motley. As founding dean, Hannigan envisioned a research-intensive culture whose impact, if harnessed correctly, could transform the city of Boston.

“The school did important research but was also very important in its practical plans and advocacy for the City of Boston and its environmental planning,” says Barry Mills, the deputy chancellor and chief operating officer at UMass Boston. Previously, he spent fourteen years as president of Bowdoin College, one of the nation’s preeminent liberal arts colleges.

“Robyn had a keen vision for the school, and she was essential in the creation and the nurturing of the program. I found Robyn to be a listener and able to take what she learned into account in charting the course.”

The college was very inclusive in its design and programming, says Mills—an essential element of its mission. UMass Boston is a majority/minority campus and 56 percent of its students are first generation. Hannigan’s willingness to intentionally design a curriculum and expand the school’s reach into diverse communities across eastern Massachusetts was a hallmark of her tenure there.

“As we take stock of the divisive world around us and many of the challenges that we face, it’s important to remember that while we are living during a time that will test our resolve, we also have an opportunity to inspire. Liberal arts colleges like ours are charting new pathways towards the common good. There is no better place than Ursinus to work toward that goal.”