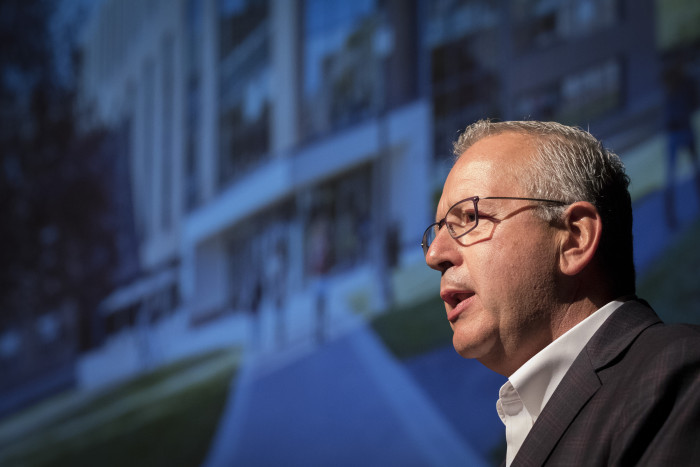 DeSimone is a renowned scientist and inventor who has long been an advocate and champion of Ursinus and its students, liberal arts mission, and transdisciplinary approach to learning.
by Ed Moorhouse June 07, 2022

A globally renowned scientist, entrepreneur, and inventor who has revolutionized the 3D printing industry is joining Incoming President Robyn Hannigan, also a known academic innovator, in shaping the future of Ursinus College.

Joseph M. DeSimone ’86, P’12 has been elected as chair of the Ursinus College Board of Trustees effective July 1. DeSimone has long been touted for his advances in polymer science, as well as his achievements in developing and commercializing advanced technologies in several cutting-edge fields such as 3D printing, precision medicine, nanoparticle fabrication, and green chemistry. He is the co-founder and former CEO of California-based 3D printing company Carbon and still serves on its board of directors. 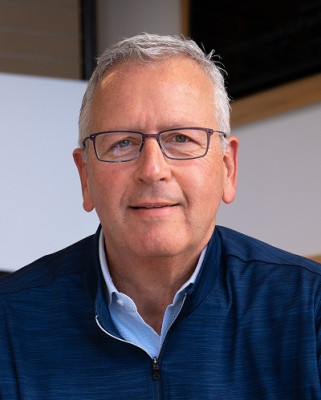 One of just 25 people elected to all three branches of the U.S. National Academies—Sciences, Engineering, and Medicine—DeSimone received the National Medal of Technology and Innovation from President Barack Obama in 2016. He is currently the Sanjiv Sam Gambhir Professor of Translational Medicine and Chemical Engineering at Stanford University, where he holds appointments in the departments of radiology and chemical engineering, as well as courtesy appointments in chemistry, materials science and engineering, and operations, information, and technology in Stanford’s Graduate School of Business.

“Joe is a fierce advocate and champion of Ursinus College. His own professional trajectory illustrates how the liberal arts can transform—in a very sustainable way—emerging fields as diverse as technology and healthcare. I’m excited to begin working with him to shape our future,” Hannigan said.

DeSimone is also Chancellor’s Eminent Professor of Chemistry Emeritus at the University of North Carolina at Chapel Hill, where more than 80 Ph.D. students graduated under his mentorship—half of whom were women and those underrepresented in STEM fields.

He was awarded the prestigious Heinz Award in 2017, and is noted for recent breakthroughs that have moved 3D printing into large-scale 3D manufacturing, as well as for nanoparticle technology that has aided the precision delivery of vaccines, pain treatment, and cancer therapeutics. DeSimone also serves on the Board of Trustees of the National Geographic Society, and on the board of directors of Blue Current, a solid-state battery company that he co-founded.

Ursinus has long prided itself on providing opportunities for undergraduate students to participate in hands-on transdisciplinary research as early as their first year on campus. That research is guided by the Quest curriculum, which challenges students to consider four broad questions to inform their decision-making, and the college’s nationally recognized flagship Common Intellectual Experience (CIE). The desire to think and solve problems innovatively lies at the heart of research and understanding at Ursinus, which is what has informed the professional careers of both DeSimone and Hannigan and has manifested in opportunities for Ursinus students in each of its three multidisciplinary academic centers and its Innovation and Discover Center (IDC), which opened in 2018 to blend science and policy.

“My experience as a student at Ursinus has defined my approach to scientific inquiry, invention, teaching, mentorship, and entrepreneurship in my career, and I am incredibly honored to help lead our institution forward into the future,” DeSimone said. “A liberal arts education at Ursinus encourages the ability to ask good questions and make connections among disparate concepts, among diverse disciplines and sectors, and among people with different viewpoints, personalities, and expertise…Ursinus primes students to think critically, holistically, and creatively about the most pressing challenges of this era—such as climate change, poverty, deciphering truth amidst widespread misinformation, rising authoritarian sentiments, and a global pandemic—and how these crises relate to one another.”

“This background continues to shape how I approach my career and my focus on bringing ideas and people together to create the greatest possible impact through science,” he said.