In the 1920s and 1930s Ursinus rented a farm to grow food for students and in 1939 even sheltered a bear cub named Zachie.

Sandy Wood Wilkes ’71 tells the story of the live bear mascot that lived on campus. 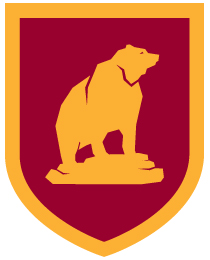 This crest incorporates an image of a grizzly bear. 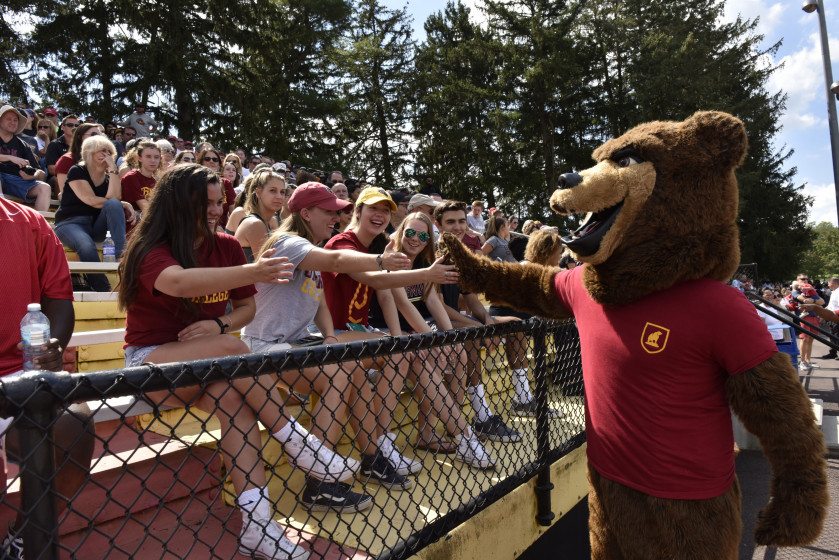 The Grizzly bear has been growling for Ursinus for almost a century.

The term “Ursinus Grizzly Bears” appears on a program for a football game with the University of Pennsylvania in 1924. The bear was formally adopted as the college mascot in 1925.

A headline in the Ursinus Weekly on June 1, 1925 proclaimed “Bear Officially to Represent Ursinus: Historic Connections Play Big Part in Athletic Council’s Selection.” The article noted that “… the Athletic Council … voted to make the Bear the official athletic symbol of Ursinus College.”

A plaque with the bear and inscription “Ursini Collegii Artes Athleticae” was made and the Ursinus athletic teams quickly became known as the Bears.

The 1926 edition of The Ruby yearbook embraced the new mascot.

“Perhaps the most outstanding feature of the annual is the introduction of art work of taste and symbolic significance.  An art motif carries out the theme of the Ursinus Bear in his native haunts in conjunction with campus activities.”

The bear has since been synonymous with Ursinus, from the Grizzly Gridder football program in the 1930s to the naming of the Bears’ Den meeting space in Wismer Center in 2012.

The Bear comes from the family name of Zacharius Ursinus (1534 to 1583). Like many young scholars of the 16th Century, he gave himself a Latin name, one based on his German family name ( Baer) and stemmed from the Latin ursus, (which means…. bear).

Today’s Bears capture the spirit of Zack: studious, persistent, tolerant and courageous in the face of adversity. Go, Bears! 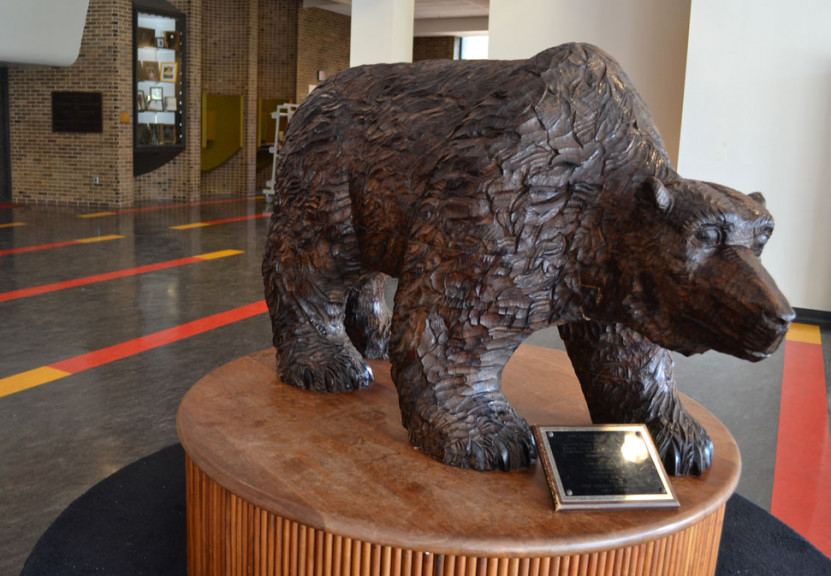 This bear statue, which sits in the lobby of Helfferich Gym, was carved from the original sycamore tree that stood in the end zone of the football field. 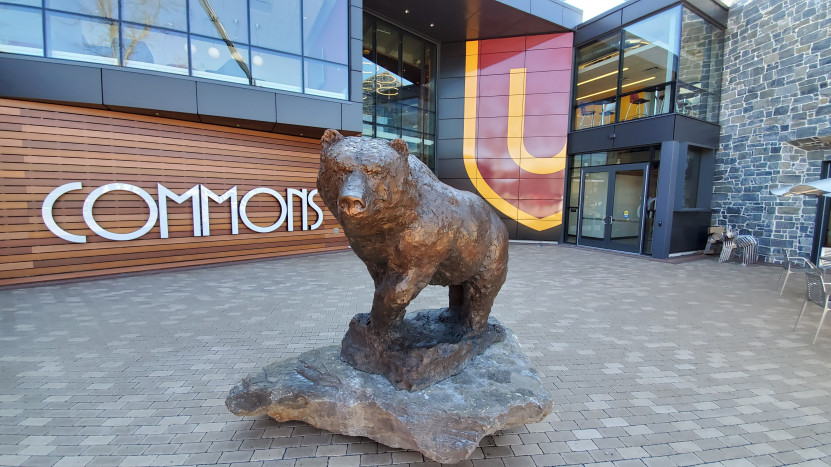