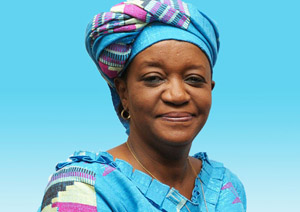 Ms. Bangura has more than 20 years of policy, diplomatic and practical experience in the fields of governance, conflict resolution and reconciliation in Africa. She served recently as Minister of Health and Sanitation for the Government of Sierra Leone, and as Minister of Foreign Affairs and International Cooperation. She was the second woman in Sierra Leone to occupy this position. She was also Chief Adviser and Spokesperson of the President on bilateral and international issues, and has been instrumental in developing national programs on affordable health and has experience engaging with peacekeeping operations from within the United Nations Mission in Liberia, where she managed the largest civilian component of the Mission, promoting capacity-building of government institutions and community reconciliation.

She has received numerous honors including the Africa International Award for Merit for Leadership, the Reagan-Fascell Democracy Fellowship, the Bayard Rustin Humanitarian Award, and several other human rights awards. She is a former Fellow of the Chartered  Insurance Institute of London, with diplomas in Insurance Management for the City University Business School of London and Nottingham University. She received her bachelor’s degree from Fourah Bay College, University of Sierra Leone. 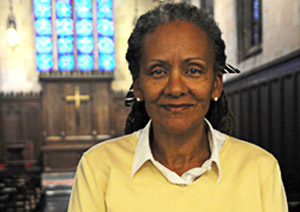 Rev. Gail E. Bowman, J. D. is a second-career minister having spent her “first life” practicing law in Washington, D.C. A descendant of African Americans, who were enslaved in Kentucky prior to emancipation, she was born in West Virginia and grew up in Des Moines, Iowa. She earned the B.A. from the University of Iowa in 1974 and was admitted to Harvard Law School where she earned the J.D. in 1977. She found employment at a small Washington, D.C. law firm, but soon moved on to positions on Capitol Hill, where she worked for the Senate Judiciary Committee during the Carter Administration and later for the House Judiciary Committee.

After the death of her mother and with the encouragement of her pastor and others, she attended the Howard University School of Divinity, where she was captivated by the study of theology.Following the receipt of her Master of Divinity degree in 1987 and her ordination, she did historical research for Howard, and worked in youth ministry, and seminary administration before finding her professional home in college chaplaincy, first for five years at Spelman College in Atlanta and then at Dillard University in New Orleans.

In June of 2012, Rev. Bowman moved from Dillard to Berea College in the Appalachian region of Kentucky, where she now serves as Chaplain and Director of the Willis D. Weatherford, Jr. Campus Christian Center.  Rev. Bowman is a writer as well, with several articles and a book to her credit: Praying the Sacred in Secular Settings.