A treasured tradition in Bomberger Hall. 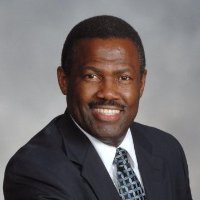 Rt. Rev. C. Hopeton Clennon was installed as Senior Pastor at the Central Moravian Church in Bethlehem, Pa. in January 2013.

Born in Jamaica, he is a graduate of the University of the West Indies and the United Theological College of the West Indies. His graduate work is in Pastoral Counseling. After ordination in 1983, he served the Jamaica Province of the Moravian Church before migrating to the United States in 1989. In the Northern Province, he served as pastor of Faith Moravian Church in Washington, D.C., Schoeneck Moravian Church in Nazareth, Pa, and the Moravian Church of Downey, near Los Angeles, Calif. In 1998, Rev. Clennon was consecrated as the 320th bishop of the worldwide Moravian Unity.  He became the youngest person ever to be consecrated a bishop in the United States at the age of 38, and the third-youngest in the 557-year history of the worldwide Moravian Church.  Immediately before joining the pastoral staff at Central, he was Chaplain of Moravian College and Moravian Theological Seminary.