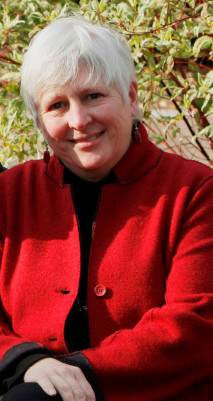 Suzanne Dunham Fong is an attorney and civic volunteer who has enriched Ursinus, Collegeville, and the communities in which she has lived.

She spent her youth in Easton, Md. and graduated from Wellesley College as an English major. At Wellesley, serving as an officer in the Wellesley Christian Fellowship, she met Bobby Fong on a joint retreat with Harvard’s Christian Fellowship. They married and moved to Los Angeles, where she earned a master’s degree in English and a certificate in teaching English as a Second Language from UCLA, the first UCLA graduate to earn these degrees simultaneously. She taught ESL and later served as a teaching credential counselor at UCLA while Bobby completed his doctorate in English literature. After their move to Berea, Ky., she enrolled in the University of Kentucky College of Law. In 1982 she earned her Juris Doctorate with high honors and was elected a member of the Order of the Coif .

After passing the Kentucky Bar, Suzanne served for two years as a law clerk for the Hon. Paul Gudgel with the Kentucky Court of Appeals. She became a research associate for the University of Kentucky College of Law, where she edited a two-volume treatise on mineral law in Kentucky and advised the mineral law journal. She later taught legal research and writing at the law school and served as an adjunct professor of economics at Berea College. When Bobby became a dean at Hope College in Michigan, she served there as adjunct professor in English and political science. During these years she chaired her church outreach committee and served on the church vestry. She also chaired the board of a non-profit community organization that provided homes for developmentally disabled adults.

While Bobby served as Dean at Hamilton College in Clinton, N.Y., she twice was elected to the Clinton Central School Board, and volunteered for Canine Working Companions, a non-profit organization which trained and placed service dogs for people with limited mobility.

At Butler University in Indiana, where Bobby became President in June of 2001, despite the responsibilities of a university president’s spouse, Suzanne served as a parent representative at her son’s school and on her church’s vestry, on the boards of the Episcopal-Lutheran Campus Ministry and the Immigrant Welcome Center of Indianapolis, and on the organizing committee for the biennial American Pianists competition in Indianapolis.

At Ursinus, she has proved a champion of the liberal arts, and a passionate supporter of the Collegeville campus and greater community. Like Bobby Fong, she holds a special place in the hearts of the Class of 2015.