S. Brock Blomberg assumed the role of president of Ursinus College on July 1, 2015. 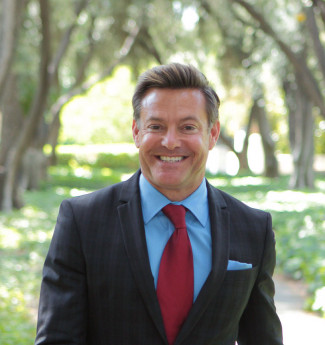 Brock Blomberg, Ursinus College’s 17th president, is a proponent of global education and an advocate for the liberal arts, with a personal emphasis on empowering students to become better citizens of the world.

Blomberg, 48, was Dean of the Robert Day School of Economics and Finance at Claremont McKenna College, Claremont, Calif., and is a notable scholar of the economics of terrorism. He is a widely published political economist who has held positions in organizations renowned for steering national and global economic policy. Blomberg has served as a senior economist for the President’s Council of Economic Advisers, and was the U.S. Representative to the Economic Committee for Asian Pacific Economic Cooperation. He also served in various capacities with such organizations as the International Monetary Fund, the World Bank and the Federal Reserve Bank of New York.

He is known for his scholarship on the economics of terrorism, which involves the study of consequences, the life-cycle and roots of terrorist organizations, and the relationship between violence and international investment. Blomberg is the senior research fellow for CREATE (Center for Risk and Economic Analysis of Terrorism Events) at the University of Southern California, Los Angeles, which has become known for its research on the impact of 9/11. He is widely quoted among business, financial and national publications for his expertise, and has published more than 40 articles in top economic journals and has authored book chapters.

Blomberg leaves a legacy of accomplishment at Claremont McKenna, as Dean, and as the Peter K. Barker ’70 Professor of Economics and the George R. Roberts Fellow. He led the development of a signature Robert Day scholars program, served as an outstanding scholar-teacher in the philosophy, politics, and economics major, and cultivated a strong advisory board for the school. He also implemented the first master’s degree offered at his college; developed the Robert Day School of Economics and Finance BA/MA program which allows advanced students to complete a B.A. and M.A. in finance in four years; and developed the Global Economic and Leadership Program in Asia. He also created an economic and entrepreneurial leadership program in Silicon Valley to enhance student outcomes.

A native of El Paso, Texas, Blomberg is the son of a military family and as such, spent his childhood in different locations. He has four children, three of whom will be in college this upcoming fall.

He succeeds Bobby Fong, who died Sept. 8, 2014, and Executive Vice President of Academic Affairs Lucien “Terry” Winegar, who had served as Interim President.