College rankings and guidebooks can provide useful information in helping to find the school that is the best fit for you.

1 of 44 Colleges That Change Lives

Georgetown’s Center of Education and the Workforce

Rankings and guidebooks are based both on hard data and on opinion. Ursinus is transparent about the information published about us. Please ask our admission counselors if you have a question about a ranking or information contained in a guidebook. 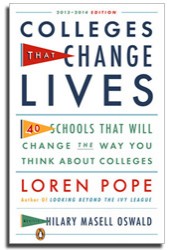 Ursinus is among 44 Colleges That Change Lives, a book in which colleges are cited for their ability to help their students succeed. Originally written by the late Loren Pope, the book is now revised by Hilary Masell Oswald.

“Ursinus is a star of the first magnitude in the small galaxy of colleges that change lives,” the book says. “Each student has his or her own tale of transformation.”

The book notes a growth in students’ skills and self-confidence during their four years at Ursinus, and describes “how their aspirations rise, and how their perspectives broaden.” It praises Ursinus professors: “The dedication to teaching is legendary.” It states that Ursinus students have in common “civility, character, and an eagerness to learn.”  More Details

Georgetown University Center on Education and the Workforce 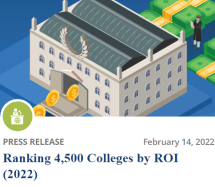 A 2022 report by the Georgetown University Center on Education and the Workforce that ranked 4,500 colleges and universities by return on investment (ROI) found that liberal arts colleges outperform other institutions by more than $200,000 over the long term. Higher still is Ursinus College’s ROI, which is 29% more than the median for all liberal arts colleges, placing Ursinus in the top 6% of all colleges and universities in the nation.

“As one first-year student brags…’I receive…[so much] attention that [it] makes it feel as though I have a SEAL team of Ph.D.s looking out for me, and that is truly amazing.’” 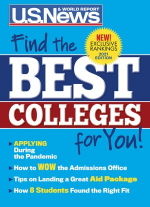 Ursinus was also named to the guide’s list of Best Value Schools (ranked 74th), which takes into account a school’s academic quality, as indicated by its 2023 U.S. News Best Colleges ranking, and the 2021-2022 net cost of attendance for a student who received the average level of need-based financial aid. The higher the quality of the program and the lower the cost, the better the deal. Only schools ranked in or near the top half of their categories are included because U.S. News considers the most significant values to be among colleges that are above average academically.

Ursinus jumped up to No. 70 (from No. 127) on the list of Top Performers on Social Mobility, sharing the spot with 10 other schools. 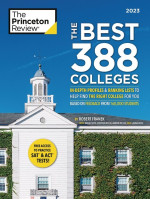 Ursinus is among the best colleges in the nation, according to The Princeton Review’s 2023 edition of The Best 388 Colleges. Ursinus is also deemed a “Best Northeastern” college and one of the nation’s top “Green Colleges.” Information in the most recent edition is based both on a statistical survey and student comments.

The book says Ursinus “has done a remarkable job of building a close-knit community dedicated to helping students succeed, with strong academics and plenty of opportunities for leadership.” It commends our focus on research and small class size. “As one first-year student brags…’I receive…[so much] attention that [it] makes it feel as though I have a SEAL team of Ph.D.s looking out for me, and that is truly amazing.’”

Ursinus also gets high marks for “professors accessible” (rated 95 on a scale of 60 to 99). Says one student, “I’ve gone into some professors’ office hours three times a week for the entirety of the semester, I’ve had professors come in on Sundays to help, and I’ve been to their houses for dinner…I’ve grown substantially…with their help.”

This is “a campus filled with motivated students and professors who worked toward every student’s success.”
-Princeton Review 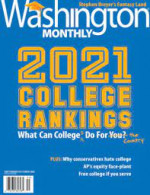 Ursinus has been named one of the top 20 schools in Washington Monthly’s 2022 rankings of liberal arts colleges in Pennsylvania. Additionally, Ursinus was ranked 6th in the state in the “Bachelor’s to Ph.D.” category and 7th in the “Research” category. Since 2005, the Washington Monthly has ranked colleges based on what they do for the country. Liberal arts colleges are ranked based on their contribution to the public good in three broad categories: social mobility (recruiting and graduating low-income students), research (producing cutting-edge scholarship and Ph.D.s), and promoting public service (encouraging students to give something back to their country).

The 2022 edition of the Fiske Guide highlights more than 300 of the country’s “best and most interesting” colleges and universities. The guide is quick to call out the benefits of our small close-knit size: “the plus side is more attention from faculty and more emphasis on independent and outside-the-box learning.” It also notes that Ursinus has “reinvigorated its liberal arts roots—expanding its offerings and restructuring its core curriculum,” Quest: Open Questions Open Minds.

“Ursinus’s culture is one of inquisitive learning through experimentation and discussion with peers that brings students together,” says one senior.

In terms of facilities, the guide gives a nod to the new Innovation and Discovery Center, the Kaleidoscope Performing Arts Center, the Victorian-era homes that make up our Residential Village, and the “generously sized rooms” in the dorms for first-year students.

The Yale editors say that Ursinus is “known for the close relationships between faculty and students,” developed from the first days of The Common Intellectual Experience, the required freshman course. “This liberal studies seminar epitomizes the value that the staff at Ursinus puts on the development of conversational skills and well-roundedness of its students.”

Ursinus is one of America’s Top Colleges, ranking 23rd of colleges and universities in Pennsylvania on the Forbes list. According to Forbes, the list aims to measure what they believe students care about most. Where will a college steer them in their life after graduation? How likely are they to find success in their chosen field, to earn enough money to pay their student debt, to win accolades like Pulitzer Prizes and Fulbright scholarships, to become leaders in private and public life? How effectively does their school support them so they can graduate within four or six years and join the workforce?

Ursinus is also on the Forbes list of “grateful grads,” listed at 142 out of only 200 colleges nationally that made the list. “The best colleges produce crop after crop of successful graduates that show their appreciation by giving back in the form of donations to their beloved alma mater,” according to Forbes. Its Grateful Graduates Index ranks private, not-for-profit colleges with more than 500 students by analyzing the median of total private donations per enrolled student over the last seven years, as reported to the Department of Education, and the percentage of graduates who give back in the form of donations each year, regardless of dollar amount.

The 2022 Wall Street Journal/Times Higher Education college ranking lists Ursinus No. 175 of all colleges and universities in the United States for such measures as student experiences and alumni success.

This ranking of nearly 800 colleges and universities is based on 15 performance indicators including resources, academic reputation, likelihood of being engaged by classmates and teachers, campus community and probability of paying off loans and getting a job.

Data comes from a variety of sources: from the U.S. government (IPEDs), the US Department of Education’s Federal Student Aid (FSA), the College Scorecard, the Bureau of Economic Analysis (BEA), the U.S. Student Survey, the Academic Survey, and the Elsevier bibliometric dataset. More information on the methodology is here.

Most of the data in this area is gathered through the U.S. Student Survey which is carried out by Times Higher Education, based in the United Kingdom.

Ursinus was ranked No. 2 in Pennsylvania—and No. 31 in the nation—on LendEDU’s list of Best Colleges for Financial Aid in 2020. Each year, LendEDU uses data from the Peterson’s Undergraduate Financial Aid Database and the National Center for Education Statistics’ Integrated Postsecondary Education Data System to rank which four-year colleges and universities provide the most financial aid to their students. This year’s rankings are based on data that reflects the 2018-19 academic year.

On a list of the top Consensus-ranked innovative colleges, Ursinus is ranked no. 36 out of the 50 Underrated Colleges Doing Great Things. According to their website, it’s “oftentimes the small or less prominent colleges that are the most creative, making programs and initiatives that are worth imitating, emulating, and spreading far and wide. Those are the schools and programs that College Consensus wants to highlight.”

Business Insider reported that Ursinus College is among the nation’s 50 underrated institutions, according to CollegeVine, a blog that serves as a resource for prospective students and their families. Ursinus was ranked no. 29 nationally and fourth among colleges in the Mid-Atlantic region earning recognition for the Common Intellectual Experience and the new Quest: Open Questions Open Minds core curriculum.

“While college rankings can do a great job of identifying specific schools that shine in traditional ways, they often don’t do as good of a job at recognizing colleges that excel in other ways,” the article states.

In College Raptor’s 2022 ranking of best colleges, Ursinus has been included on the list of Hidden Gem Colleges That Don’t Require Test Scores. This selection recognizes Ursinus as one of the best colleges in the country, based on a combination of factors, including retention rates, graduation rates, student-to-faculty ratio, endowment per student, selectivity, and other key metrics as reported via the National Center for Education Statistics (NCES) for the most recently available enrollment year. Colleges on this list prefer a more holistic approach to reviewing the college applications of potential students.

“Finding hidden gem schools for students is core to how we help families discover great college choices. We take pride in making it easy for students to make those connections through our Hidden Gems Rankings lists by highlighting excellent schools like Ursinus,” said Bill Staib, CEO of College Raptor. To qualify as a Hidden Gem, a school must receive fewer than 5,000 applications per year; have fewer than 7,000 undergraduate students; offer five or more unique majors; and have a 10% acceptance rate or higher.

What Others are Saying