This award recognizes an individual who has reached significant professional achievements through exemplary leadership.  Achievements may be specific to a chosen career, industry or entrepreneurial quest. Consideration is also given to the nominee’s contributions to his or her community and the College. 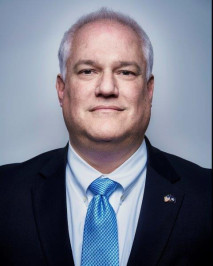 Mr. Matthew D. Weintraub currently serves as the District Attorney for Bucks County, Pa. and previously served as an adjunct professor at Delaware Valley College, Rowan University and DeSales University, teaching courses on criminal justice and crime and the media. He is also active at his alma mater, allowing students to shadow him through the college’s Externship Program. Weintraub has twice been a Big Brother and is Past-President of the Board of Big Brothers Big Sisters of Bucks County. Weintraub grew up in Upper Southampton Township and graduated from Ursinus with a BA in politics, where he was a member of the Cub and Key Society, Delta Pi Sigma and a resident assistant.

This award recognizes an individual who has made outstanding contributions in the field of education.  This award is named for Henry P. and M. Page Laughlin based on their commitment to education and Ursinus College. 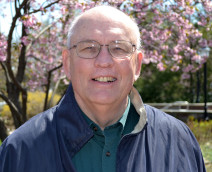 Dr. S. Ross Doughty has devoted his life to education and, more specifically, education at Ursinus College. Between his time spent on campus as a student and his long tenure as a faculty member, Dr. Doughty has been actively involved with Ursinus for 50 years—that is one-third of the college’s total existence. He is a 1968 graduate of Ursinus with a BA in history and was involved with intramural football. Over his 43 years of service to the college, he served as history department chair on two separate occasions, lent his leadership to the education department as acting chair, assisted with the establishment of the East Asian Studies minor and was an advocate and volunteer for the International Relations Program. Dr. Doughty served on numerous committees and subcommittees at the college, and was vice president of the Tau Chapter of Phi Beta Kappa for three years.

This award recognizes an individual who has exhibited outstanding service to society; it pays tribute for time volunteered for the benefits a community or non-profit institutions.  Contributions may have been made at local, state or national levels. 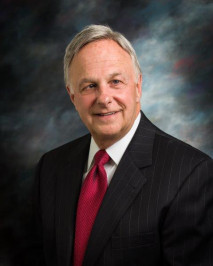 Mr. Samuel C. Totaro, Jr. is best known for his accomplishments in the field of adoption law and related adoption litigation, having participated in over 4,000 adoptions of children, representing adoptive parents, birth parents as well as adoption agencies. As a student, he helped underserved groups while a member of the college’s service fraternity, Alpha Phi Omega, before graduating from Ursinus in 1969. Mr. Totaro is currently a partner at Curtin & Heefner LLP. He also serves as Chairman Emeritus of the Silver Springs-Martin Luther School Board and is an elder Covenant Presbyterian Church in Buckingham, Pa.

This award recognizes an accomplished graduate of the past 10 years for significant contributions to and leadership in the recipient’s profession, community and/or Ursinus College. 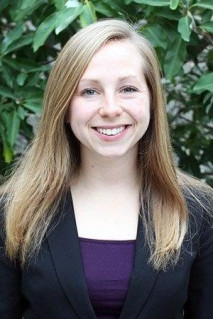 Ms. Elizabeth Cannon is a 2010 graduate of Ursinus whose impact at the college continues to be felt, even today. She was integral to the creation of UCARE, the Center for Advocacy, Responsibility and Engagement and currently works as senior associate director at Civic House at the University of Pennsylvania, which closely mirrors UCARE. Cannon’s current work at Civic House has her interfacing with Penn students in support of community service and social advocacy work in the West Philadelphia community and beyond. In her free time, Cannon serves on the Executive Board of the Victim Services Center of Montgomery County, where she has served as Vice President and Secretary of the Board. As a student, she co-founded UCARE, studied abroad, was a member of the women’s lacrosse team and participated in Model UN.

This award recognizes two deserving seniors, who based on their undergraduate career, show promise of making significant contributions to and leadership in their careers, their community and/or Ursinus College. 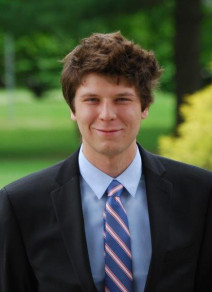 Mr. Johnathan T. Myers will graduate this May as a dual major studying Applied Economics and English. Myers’ academic success has earned him a place on the Dean’s List nearly every semester he has been enrolled at Ursinus. This also led to his induction into the prestigious Cub and Key Society. Moreover, he is a member of the Sigma Tau Delta (English) and Omicron Delta Epsilon (Economics) academic honor societies. He has been a writer and copy editor for The Grizzly throughout his four years and is currently president of UCIMCO, the Ursinus College Investment Management Company, that invests on behalf of the college. In addition to being a stand-out in the classroom, Myers has also shown his talent athletically as a four-year member of the men’s swim team. After graduation, he plans to pursue a master of finance degree, with the ultimate goal of one day working in institutional investment and endowment management. 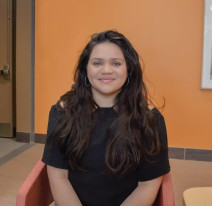 Ms. Susana “Susie” Zelaya Rivera will receive her undergraduate degree this May with a double major in Spanish and Culture and Health Studies, the latter of which was self-designed. She is also minoring in Latin American Studies. At Ursinus, Zelaya Rivera is a fellow for both the Parlee Center for Science and the Common Good and the Melrose Center for Global Civic Engagement. She is also a student consultant for the Teaching and Learning Institute and an intern/volunteer through the Harold C. Smith Program in Christian Studies. Rivera has immersed herself in collaborative primary research through Dr. Vanessa Volpe’s Health Experiences Across the Lifespan (HEAL) Lab, where she is a research assistant. After graduation, Zelaya Rivera plans to take a gap year, pursuing a career in community engagement/development. Ultimately, she hopes to get a doctorate or master’s in Health Policy and/or Health Administration.

View a Hall of Fame of previous Alumni Award honorees.

Honor the legacy of excellence at Ursinus as we recognize alumni and students for their academic and professional accomplishments, humanitarian efforts, exemplary loyalty to Ursinus College and/or excellence in the field of education.