“First, I’d like to start by welcoming all present students to the community as scholars. Now that you have been published, performed or your artwork is hung, you are officially a scholar, and this is a very elite group. It is also something that you can look forward to being recognized as for the rest of your life. Secondly, I’d like to thank all of you for going through this process, because as a former faculty member I know that every single one of your advisors had a really good time—and the ability to be able to work with students is something that all of us faculty members look forward to.

Now, today all has to do with something called the Beardwood Chair. I need to explain to the students what a chair means. A chair is a fundraising device that allows the college to attach the name of a donor to something, which is not a physical object. The tradition comes from the fact that chair is a name or honor for all sorts of things (i.e. Chairperson). The easiest way to visualize this is to think about the Harry Potter movies. If you recall in the great main hall, the students had to sit on hard wooden benches. However, the faculty sat up front in chairs, and the chairs got progressively better as their rank improved, until you got to the headmaster and there you had a throne. That was his chair and no one else’s and that is where the title ‘endowed chair’ comes from. And, I was the first Beardwood Chair.

Moving on, this is all a memorial to Joseph T. Beardwood, who was a member of the Ursinus College Board of Trustees when I arrived here 45 years ago. Joe approached me essentially at the beginning of the semester and said, ‘You’re Peter Jessup, you know something about computers and we need to have computers on this campus.’ And I responded, ‘Oh, how do you know that?’ And Joe elaborated, ‘Well I read your resume and know that you worked for an agency in the federal government whose name was never to be said out loud—whose initials were NSA. I worked in the research department, which at that time was the only agency in the government whose name was never put on the building. It also meant that I had access to some of the most expensive biggest and powerful computers in the world. Joe immediately informed me that we needed to have computing on campus.

Now, for those of you who are students presently, that seems like a sort of minor thing, but back in the 1970s computers were very controversial. They were big, expensive and tended to be the toys of particular departments. Interestingly, IBM was giving away computers at cost, but then you had to build a clean room that was air-conditioned and issue white coats to several people who then had to feed and take care of these ‘things.’ You also had to pay the maintenance contractors more than the cost of the computer themselves. However, I knew of a different computer system called the Dartmouth Time Sharing System, which by modern standards is cloud computing. It was designed specifically to work at an undergraduate institution and everything was done over what we would call the internet. We brought the computer to campus, placed it in the library and the librarians were very miffed because suddenly I took a room away from them—until they discovered that the traffic in the library increased by 50 percent. Suddenly people were borrowing books because they had to do something while they waited to get on the computer. It also had several functionalities that were very interesting, yet quite controversial. One was called ‘mail,’ which we would now call ‘email,’ and so our students could talk to their peers in New England from institutions such as Dartmouth, Amherst, Yale, Mount Holyoke, Wellesley, Bates, etc. Suddenly the campus opened up to lots of outside activities. It also had a programming language that was designed specifically for undergraduates called BASIC. 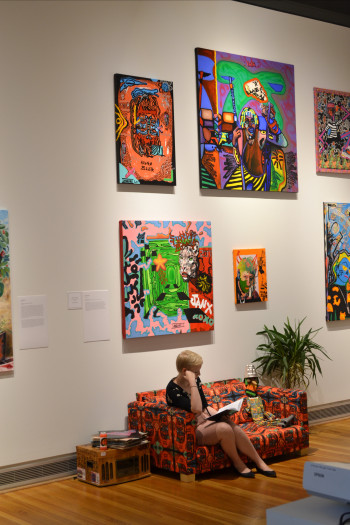 Now, this was a controversial language because the purist argued that it could not do arithmetic well, so you might wonder, what good was it? Well to the contrary, we did all sorts of things with this program. In fact, an English professor here at the time wrote one of the first programs that was designed to teach or to practice sentence structure. Interestingly enough, it was not very popular until my student assistant who happened to be an English major suggested to add insults when people got wrong answers. Well, suddenly many students seemed to be quoting Shakespeare, and unexpectedly this program became popular and the English department wanted to know why students were doing much better in their compositions. The system became very popular and kept growing and growing until we had to buy our own computer and we had to buy a second one, and then suddenly something called microcomputers came out (Apples and PCs), and since we all knew BASIC, the transition was essentially seamless. And the computing system that you have now, laptops, etc., all happened effortlessly here—all because, no matter what I asked, Joe Beardwood always made sure the funding was available.

But, Joe died suddenly in 1983 and in his will; he left money to the college to endow a chair. Fortunately, the Beardwood family has been involved here for a long time and contributed to the fund as well. At the first installation, which named me as the Beardwood Chair, Bunny Beardwood, Joe’s wife nonchalantly mentioned (as she was making the fourth toast to Joe), that she would like to continue the tradition. As a result, the President at the time, Dick Richter said, ‘Well, maybe we should do this more often.’ A year later, I remembered that and said to the President, ‘Well, how about we have a bottle of champagne, and by the way, I don’t drink so let’s have it at the faculty book party,’ which this was called back then—and he agreed.

Well, a tradition in the academic institution is something that happens at least once. This event became a tradition and suddenly what started as a bottle of champagne became a case of champagne and it’s been going on for 35 years. So here’s to Joe Beardwood, our benefactor and friend— may his memory be well remembered and the champagne never run out, Cheers!”