Home LIVE! On MainMusic on Main

Check out great music performed by local artists and musicians this summer!

We were thrilled to kick off our concert series with Ursinus alumna, Kendal Conrad ’14. Kendal is a singer, actor, published writer and award-winning songwriter. Career highlights include singing a duet with Keith Urban as well as opening for a long list of country artists. Kendal recently released her new single, “Bodyguard” on May 22, 2020.

Music on Main continued on July 10 with Lauralee Lightwood Mater ’11 and John Beacher. A dynamic songwriter, natural performer and “hope enthusiast,” John Beacher has built his decade-long career not only with talent but a genuine spirit and kind heart. John’s wife Lauralee Lightwood-Mater sings harmony, occasionally plays the cajon, and sometimes takes the lead on cover songs. Beacher & Lightwood-Mater have performed together all over the world.

Music on Main concluded it’s summer series with Kevin Cox and Masila Muli on August 7. Kevin Cox is a songwriter and math teacher originally from West Chester, PA. Kevin’s alternative rock style draws from strong influences such as Switchfoot, Yellowcard, Twenty One Pilots, Jimmy Eat World, The Fray, and others. He believes in the power of music and lyrics to make our world a better place and aims to do so with his music. Masila Muli’s career began as a session musician and performer, but an interest in the music industry and production brought him to Ursinus College where he studied music and economics. Afterward, he founded Elysium Creative Group, where he serves as Director of Operations and Lead Engineer. Masila is also involved with musical acts in the Philadelphia area.

Music on Main continued June 26 with Kaitlyn Myers. Kaitlyn is a rising senior at Spring-Ford Area High School. She is currently working on a five song EP with the hopes of a summer release date. Kaitlyn has been writing songs like crazy during the “lock down” and is loving the creative process.

Music on Main continued on July 24 with two bands. FL!P was formed by Filip Todorovski (guitar and vocals) and Joe Baglia (bass) in late 2017 quickly added friends Mike Clark (trumpet) and Tucker Marshall (drums) in the early summer of 2018. They quickly started to play out at local Philadelphia bars and started writing songs, which became their first EP release in April of 2020. The Tyson Mill Band is a Collegeville-based rock ‘n’ roll band playing original material, cover songs and re-makes. The Tyson Mill band loves getting together and playing music whether it’s rehearsing or performing gigs at places like the Tall Trees Festival.

Want to hear more from FL!P?

Want to hear more from The Tyson Mill Band?

Thanks for joining us!

We hope to bring you more live music soon. Enjoy some of our favorite behind-the-scenes photos from this summer. 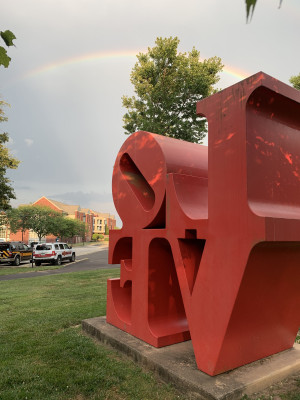 Rainbow at the Love Statue after a summer storm 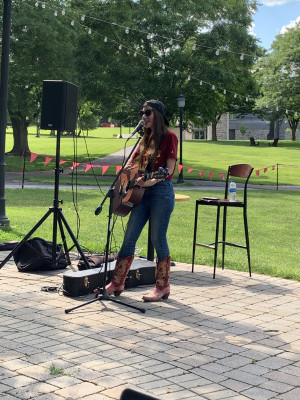 Behind the scenes with Kendal Conrad 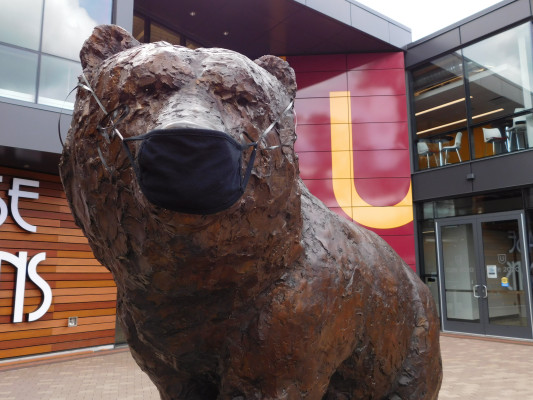 Bear statue masks up for Music on Main concert. 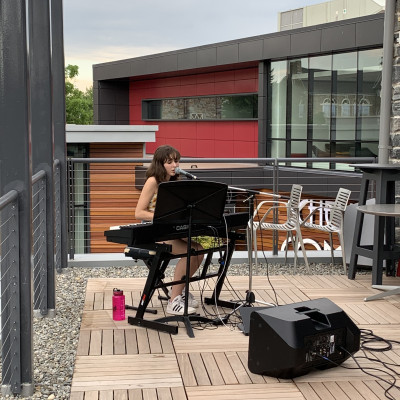 Behind the scenes with Kaitlyn Myers 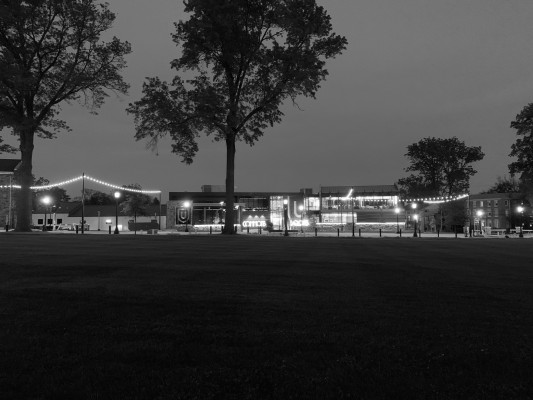 Summer evening at the Schellhase Commons