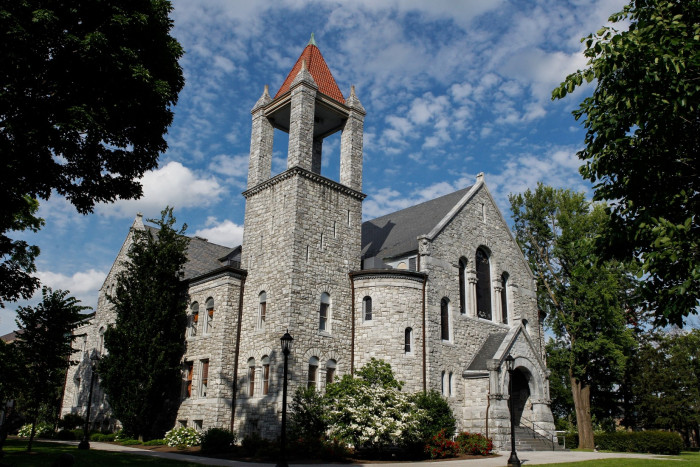 The Ursinus College community is mourning the death of sophomore Michelle Buck, who died as a result of being struck by a car on Main Street on the evening of Dec. 17. She is remembered for her intellectual curiosity.

“It is tragic when we lose a member of the Ursinus family,” said President Brock Blomberg, in a message to campus following the accident. “Please join me in keeping her family and friends in your thoughts and prayers. I encourage all of us to find comfort and support in one another during this trying time.”

Michelle, of Herndon, Va., had recently declared her intention to double major in philosophy and neuroscience. Joel Bish, associate professor of psychology, recalls Michelle as a “delightful student” who was “quiet and unassuming, diligent and respectful.” She had begun to talk about her research interests and he hoped she would be involved in his lab.

Bish recalled a conversation after Michelle’s last cognitive neuroscience class during which he described “a mathematical/probabilistic model for a lack of free will based on neuronal function.” Michelle initiated a conversation questioning the model, “going beyond what was being discussed in class and was curious enough to want to continue the conversation. That’s the spark that will be missed,” he added.

Michelle was a student in the Common Intellectual Experience with Kelly Sorensen, assistant dean and associate professor of philosophy and religion. “I can’t believe we’ve lost her,” said Sorensen, who was her first-year adviser.

The class was together for both semesters and the group got to know one another well, he said. “Michelle was fiercely intelligent and an excellent writer,” he said. “She was the student in the room who would reply to over-optimistic thinking with acerbic realism.  She was full of intellectual backbone, but she always listened carefully and respectfully to her classmates.”

Sorensen noted that Michelle had studied abroad in Prague last summer, “an experience she pursued with her typical adventurousness, independence, and perceptiveness.” She wrote to him that she had “seen so much already but I’ll keep this short and just say that I’m having an awesome time. If Paris is an ornate high heel, Berlin is a new pair of sturdy boots and Prague is like your favorite pair of beat-up boots that you can’t throw out.” She said, according to Sorensen, that she was compelled by “ideas that fascinate me, but mostly irk and haunt me because there don’t seem to be any concrete answers.”

Counselors and Student Affairs staff are available today—and throughout the winter break—for anyone in the campus community.