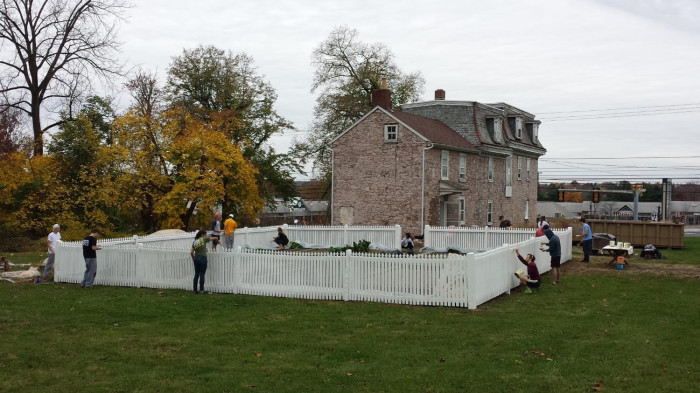 “Our organization is dedicated to bringing the legacy and home of Frederick Muhlenberg back to life.” -The Speaker’s House
March 28, 2016

The Speaker’s House mission is to inspire leadership and civic engagement by bringing to life the home and legacy of Frederick Muhlenberg, first Speaker of the U.S. House of Representatives.

Born in Trappe in 1750, Frederick Muhlenberg was also a pivotal figure in local history, serving as the first president judge, recorder of deeds, and register of wills when Montgomery County was established in 1784. For several years his home in Trappe was a de facto center of government, until Norristown became the official county seat.

In the early 2000s, his house was nearly torn down, but a grassroots effort by local citizens saved the building and its 1.9 acre property. A nonprofit organization was then formed to manage its restoration and development into a historic site. Now known as The Speaker’s House, the organization is a leader in Trappe’s community revitalization and historic preservation efforts.

The Speaker’s House is an immersive, ongoing restoration project that includes a historic stone house, built in 1763 with later additions, multiple outbuildings, a Pennsylvania German kitchen garden with heirloom and native plants, and an annual archaeology field school. There are volunteer opportunities for both one-time group projects and individuals seeking short- or long-term projects and/or internships.