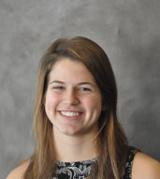 Health and Exercise student, Clara Baker, achieved All American status, not once but twice during recent NCAA Division III swimming championships.  Baker is the first Bear rookie to become an All-American since 1991. Congratulations Clara !!

Clara Baker became an All-American twice at the NCAA Division III championships.  Clara set a new program record in the 200-yard butterfly prelims at the NCAA Division III championships, then broke her newly created record in the finals to place 10th overall and earn All-American status for a second time. The freshman’s time of 2:03.60 was more than 1.5 seconds ahead of her clocking in the prelims, which was already a second better than the previous school benchmark. Clara Baker is the first Ursinus freshman to earn multiple All-American honors since 1991.