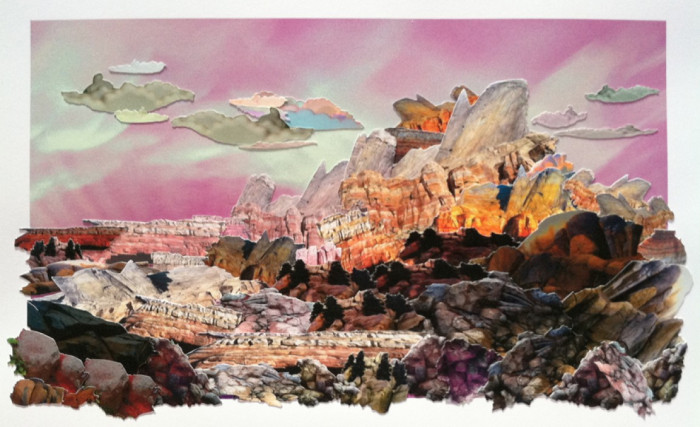 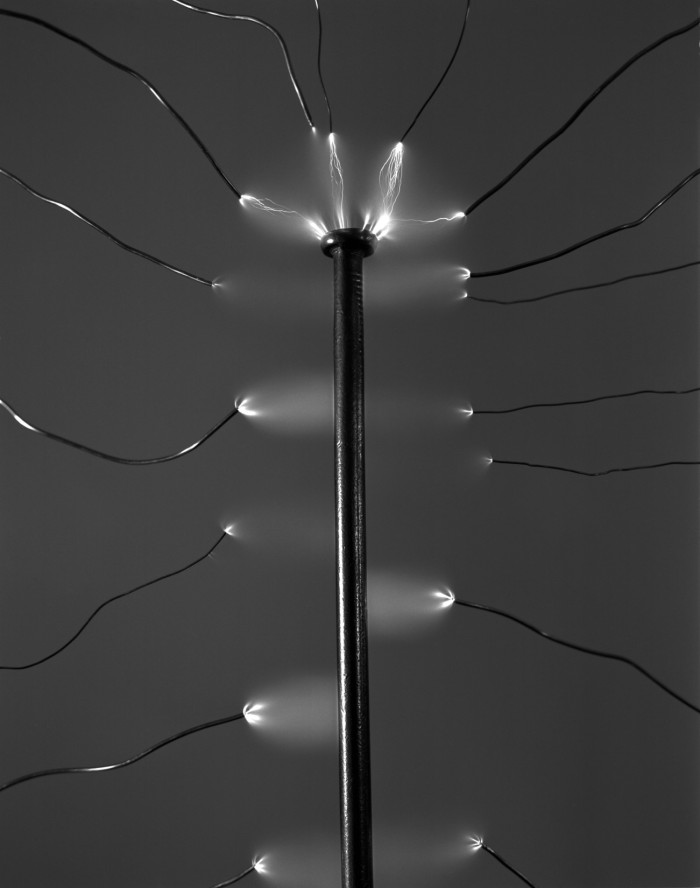 Ten artists imagine the Anthropocene in A Stratigraphic Fiction; Zap and Flow, featuring the photography of David Goldes, begins with an opening reception on Sept. 15.

Over time, mankind has made a profound impact on Earth through agriculture, industry, pollution, technology, and more, forever changing the environment and the planet’s geological landscape. These actions will undoubtedly leave behind a footprint for distant generations to uncover as they look back on the Anthropocene, a term coined for the most recent epoch in geologic time.

Through a constellation of sculptures, films, photographs, and works on paper from 1970 to the present, 10 artists imagine the Anthropocene in A Stratigraphic Fiction, an exhibition running from Aug. 18 to March 19 at the Philip and Muriel Berman Museum of Art at Ursinus College.

“Artists — especially contemporary artists — are always thinking about the future,” says Ginny Kollak, curator of exhibitions at the Berman Museum. “They are constantly imagining new possibilities, new forms, and new materials, and that’s why they make the perfect group of people to explore ideas that are somewhat speculative, like the Anthropocene.”

A Stratigraphic Fiction includes double-exposed photographs that reveal radioactive soil — unseen to the naked eye — at a site where the Soviet Union tested nuclear weapons; man-made rocks composed of computer waste (like old hard drives and cables) melted down in a vat of lava; and other works that illustrate the intersection of industry and geology.

Previous measures of geologic time are physically documented by visible layers in the Earth’s strata and distinct shifts in the fossil record. However, the methodology of the Anthropocene is different — its record is still being written, making assertions about its future material traces at least partially hypothetical.

While the Anthropocene remains a construct of language — essentially fiction, Kollak says — it opens up speculation at the intersection of science, culture, environment, and language. The word can have some dark implications, as the end point of the Anthropocene can only be marked by a cataclysmic extinction event: our own.

Public programs include a series of conversations between exhibiting artists and Ursinus faculty members, highlighting both the interdisciplinary nature of the artwork on view and the value of approaching science- or policy-related problems from a creative perspective.

In Zap and Flow, an exhibition running from Sept. 15 to Dec. 16, artist David Goldes presents 30 images taken over the course of 26 years, revealing his keen appreciation for the shared trait of art and science to seek answers to far-reaching questions.

In addition to the exhibit, Ursinus will host a conversation with Goldes on Wednesday, Oct. 5 at 7 p.m. in the Berman Museum. The event is free and open to the public. The exhibition is made possible with generous support from the Berman Foundation.

“What’s interesting about David is the way he melds art and science in his work,” says Charles Stainback, director of the Berman Museum. “The images are fascinating and beautiful. It’s that level of mystery that people are going to enjoy when they see his photographs. It’s very playful, and at the same time, eerie.”

Originally trained as a scientist — a molecular geneticist, to be exact — Goldes, a resident of Minneapolis, Minn., uses studio tabletop photography as a way to explore a variety of scientific phenomena. His world is full of fire, electricity, and water, as well as an assortment of household props that include nails, wires, pencils, spoons, and balloons.

It isn’t that Goldes is taking photographs, Stainback says, but rather he “makes” them, constructing a scene that might take place in a scientific lab to generate electricity, for example.

“This studio-based practice could be described as fabricated photography, allowing the artist to invent a tableau or non-traditional still life in front of the camera,” Stainback says.

Goldes’ photographs reveal an interest in what he calls “the gap between exploration and mystery,” and the ways in which scientific inquiry has been aided by photography for over a century. He combines his extensive knowledge of scientific practice and love for open-ended, youthful experimentation.

The Berman Museum, located on the Ursinus College campus, is open beginning Aug. 18 from Tuesday to Sunday, 11 a.m. to 4 p.m. It is closed Mondays. Admission is free. For more information about the Berman Museum, visit ursinus.edu/berman. –by Ed Moorhouse