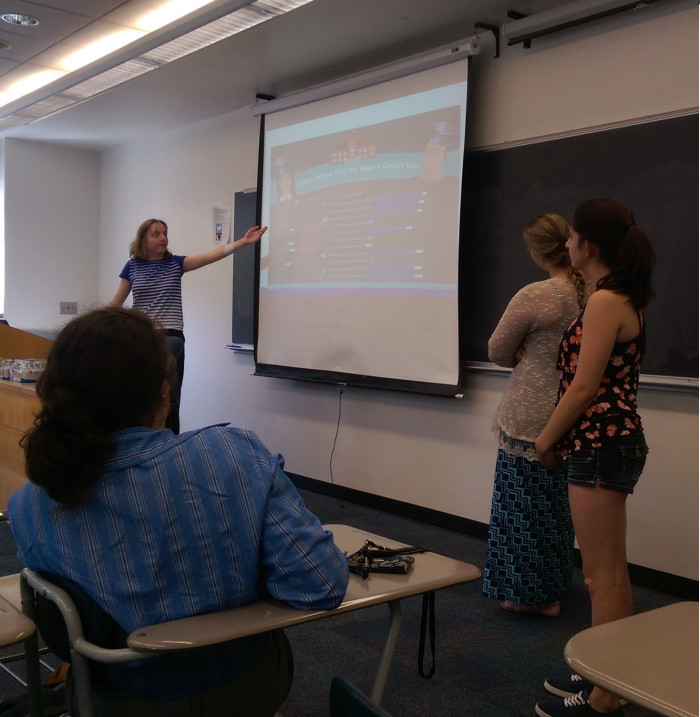 First Meeting for Women in Technology and Science

Schaefer started the meeting off with a presentation on women’s status in the STEM fields today. She explained how the female presence in STEM fields is less prevalent than it was 30 years ago. She also explained why this phenomenon is not only detrimental to women’s progress in society, but also that it lessens the talent pool in the fields and diminishes the amount of different perspectives the field has. Observing for herself that the majority of CS majors here at Ursinus are men, she stated upping the female presence in the major here at Usinus as one of her goals for the club.

Several other goals and different ideas for the club were considered in the discussion that followed Schaefer’s presentation, such as mentoring first year females in the STEM fields and reaching out to younger girls in order to introduce them to the fields. Each person in the room also talked about their experiences in the field and how they related to gender. Several people said that they felt women often had a lack of an adequate support system at colleges and universities. Others mentioned how their upbringing heavily affected their choice of study: “background can be important”, said Schaefer.

If you’d like to learn more about WiTS, contact Schaefer at seschaefer@ursinus.edu or Ann Marie Schilling at avecaschilling@ursinus.edu.