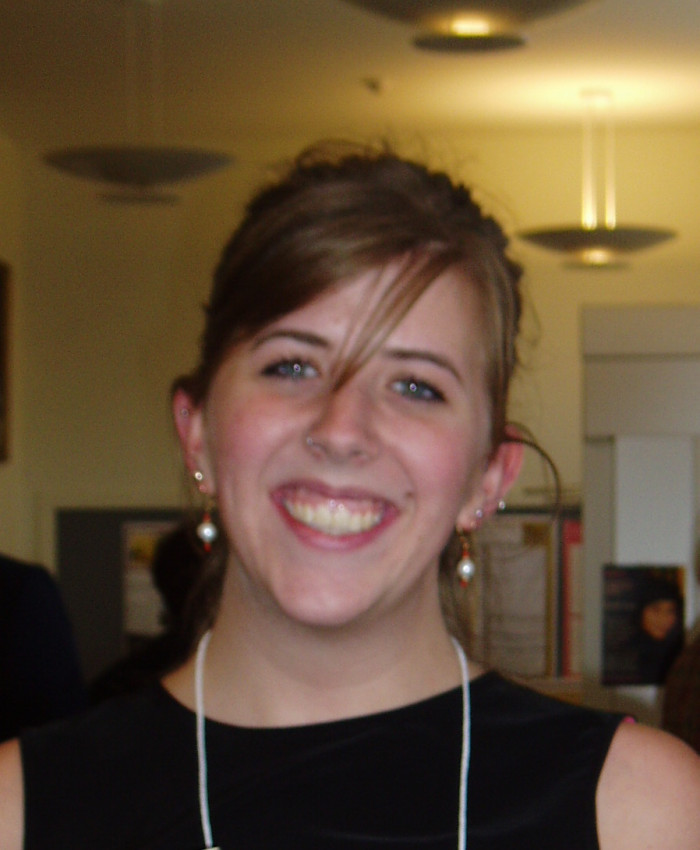 An essay by recent graduate Katherine Pierpont (’13) on the variety of late medieval laws governing prostitution was published in Proto: An Undergraduate Humanities Journal.
May 01, 2014

Pierpont, a double major in History and English, started the research in Dr. Susanna Throop’s course, Gender and Sexuality in Medieval Europe.

“There are relatively few journals publishing undergraduate research, especially in the humanities,” said Susanna A. Throop, Assistant Professor of History. “Proto’s acceptance of Katie’s work signals the very high quality of her work relative to humanities undergraduates in the mid-Atlantic region, but also nationwide.”

It’s not the first time the work has been recognized. In the spring of 2013 she presented the essay (titled The Public Body: Sumptuary Legislation, Clothing, and Prostitution in Medieval Europe) at the Phi Alpha Theta Pennsylvania East regional conference, where it received an award. There were more than 85 student papers presented at the conference, each representing the best work of their respective institutions.

“Katie examines the variety of late medieval laws governing prostitution, in particular prostitutes’ clothing, from a Foucauldian perspective,” said Throop. Foucauldian discourse analysis is focused on power relationships in society as expressed through language, and is based on the theories of French philosopher Michel Foucault. “Through this lens she incisively criticizes dominant historical arguments and contributes her own wholly original interpretation to the ongoing scholarly dialogue. Her argument is highly persuasive, thanks to rigorous use of primary source evidence, deft handling of contemporary theory, and scrupulous attention to the modern scholarship.”

Pierpont was thrilled at the prospect of her work being published. “I find the challenges and implicit contradictions in medieval views on prostitution fascinating,” she said. “Sumptuary legislation was a highly gendered set of laws that essentially served to further limit and marginalize women. They made it easier to isolate women from other women, but because the legislation was parading under the ruse of fiscal responsibility and our own current insecurities with gender performance, their power as defining force behind gender roles has gone largely unexplored by historians.”