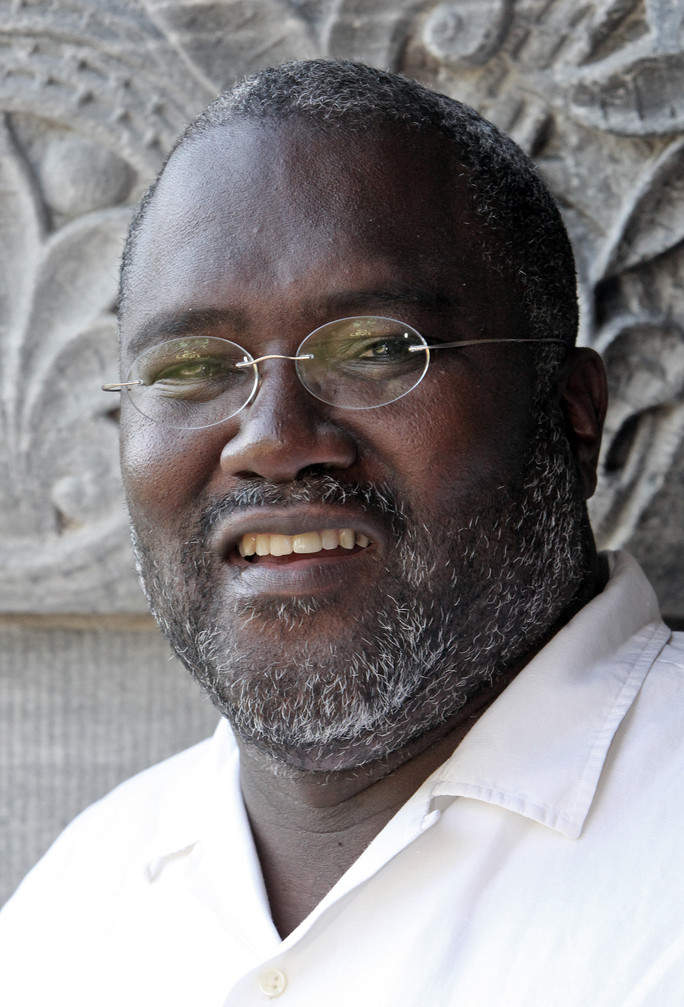 The Ursinus community mourns the passing on April 25 of the Rev. Charles William Rice, an inspiring teacher whose impact on students is widely felt.

Rev. Rice became chaplain at Ursinus College during the summer of 1997, serving the pastoral needs of the college community, overseeing the chaplaincy program and advising and counseling students. Countless students and alumni credit Rev. Rice with helping them find their life paths, as well as impacting their spiritual development.

“Charles transformed Ursinus in 20 years, moving concerns about racial justice to the center of our collective consciousness as an institution,” says Christian Rice ’98, a chapel president as a student, now an assistant dean for civic engagement and a faculty member. “Like Socrates, he was a gadfly in the best sense of the word, always challenging Ursinus to be its best morally, and always challenging students to be their best selves—intellectually rigorous, honest, and kind.  His death leaves a chasm at Ursinus that cannot be filled.”

When the Rev. Rice received the H. Lloyd Jones Jr. Award for Excellence in Mentoring and Advising during the 2016 commencement ceremony, one student wrote, “He sees diamonds where some others would see ordinary rocks.”

Another expressed her gratitude by noting that he “lives out his beliefs that we are all brothers and sisters in this world.” His office hours, the student added, “are whenever a student feels the need to meet with him.”

Supporter, motivator, inspiring, faithful, caring, generous, and tough … and keeping-it-real. “Those words were spoken at commencement last year. They were so memorable because they captured Charles’ character so nicely,” said President Brock Blomberg. “Perhaps that is why he presided over so many wedding ceremonies here on campus. He was such an incredible part of our students’ lives, even when they became alumni.”

Rev. Rice not only restored a Sunday worship program centered on diversity and pluralism, but he sought vitality for all the faith groups on campus. “I attempt to help students access a language that allows them to talk and listen in a pluralistic world,” he said in a 2001 Ursinus Magazine. He raised the level of theological discourse on campus with his vocational talks, and programs, and taught popular courses such as African American Religious Experience, which included a highly regarded spring break trip to sites of civil rights and social justice struggles.

Alumni who had not been at Ursinus with Rev. Rice also found him to be inspiring. When he offered a “CIE for Alumni” class  during Alumni Weekend, those in attendance found the conversation so engaging that they remained well after class had ended.

“Charles Rice was the soul of integrity,” writes professor of English Jon Volkmer. “An equal opportunity provocateur, he spoke truth to power, whether that power was in Washington DC, in Corson Hall or in the unexamined pronouncements of first-year students.

In his relationships with students, Volkmer says, “he found the balance of empathy and rigor. His courses were tough; sometimes students failed. On the other side was his endless capacity to listen, sympathize, to change based on evidence. This is what brought an endless stream of student to the Main Street house where he lived.”

Rev. Rice’s death will leave a void among students, faculty, staff and the community. To Biology Professor Tony Lobo, he was a “dear friend, and a friend of my family. My daughters, from a young age, knew him as a man who, with a warm hug, would ask about them as if they were his own children.  Everyone knew Charles as that person.  Ursinus students beyond number knew him as that person. Charles was a smart and funny man.  I know and have interacted with him as an engineer, a natural scientist, a philosopher, and a theologian.”

Rev. Rice was born March 29, 1957, in Brooklyn, N.Y. He went to New York City public schools and is a 1979 graduate of the U.S. Coast Guard Academy, New London, Conn., with a bachelor’s degree in the physical sciences. He received a master of divinity degree in historical theology from Colgate-Rochester Divinity School at Crozer Theological Seminary in Rochester, N.Y., and did his doctoral studies at Syracuse University.

Before coming to Ursinus, Rev. Rice served as a protestant chaplain and director of the Office of Campus Ministry at Suffolk University in Boston, Mass. There he was affiliated with the Boston Cambridge Ministry in Higher Education and was an instructor in history and philosophy. Prior to the Suffolk position he was associate dean of the faculty, and director of the Office of Undergraduate Studies at Colgate University in Hamilton, N.Y.; faculty research assistant for the Black Church Studies Program at the Colgate-Rochester Divinity School in Rochester, N.Y.He was ordained by the National/American Baptist Churches.

He resided in Collegeville with his wife, the former Tonya Richardson, and their two children, Charles Robeson and Martin Baldwin. He is the parent of William Alonzo, Carrie Elizabeth and Wynton Eberhard Charles. He has one granddaughter.

“I cannot come close to comprehending what Charles’ loss will mean to our community,” Lobo writes. “Charles was a great friend, colleague, teacher, pastor, and mentor to so many of us. I struggle to find the words to explain how much I will miss him.”