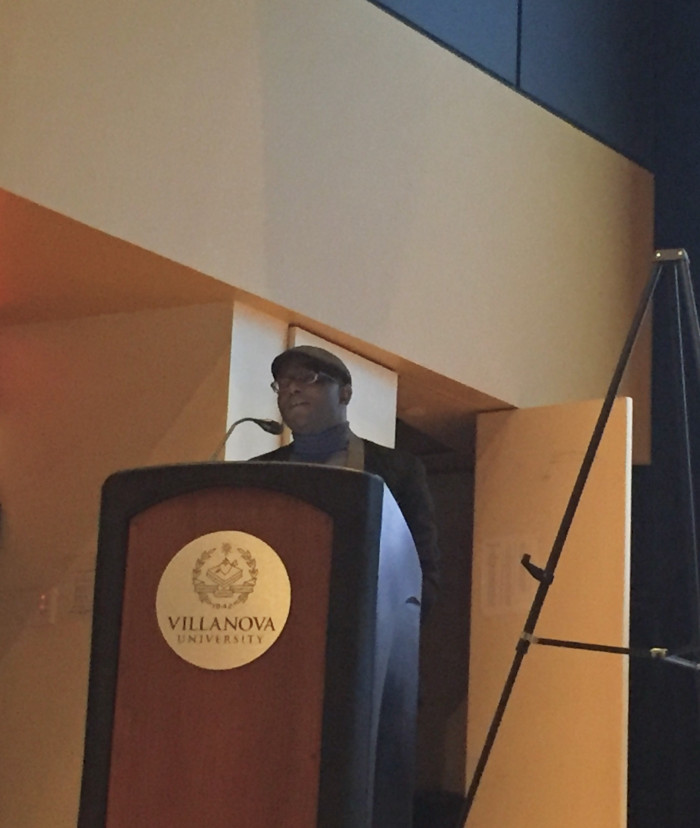 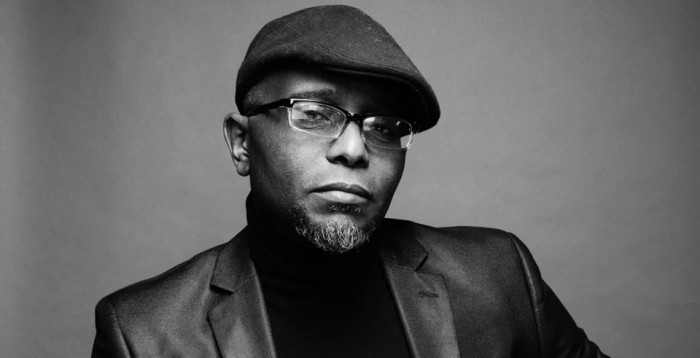 Tyehima Jess, winner of the 2016 Pulitzer Prize for Poetry, visited Villanova University on January 30th during its 20th Annual Literary Festival. Dr. M. Nzadi Keita was invited to bring her African-American Literature class to the event and watch Jess recite some of his marvelous works from his latest poetry collection titled Olio.

Upon walking in, there was catchy jazz music playing to set the mood and allure the audience. Once Jess began, he stated how his inspiration for Olio revolved around minstrel shows, black entertainers, the usage of blackface, and how those artists rose above discrimination and continued their work. Some of these figures included Millie and Christine McCoy, Bert Williams and George Walker, and John William Boone. As Jess read through his poems, he had a screen show the audience what he was reading. He described how he combined sonnets together, creating a dialogue between some of the characters. The audience saw how Jess was reading one line then switched to another five lines underneath it, producing a new impact. Every line was able to blend in with one another while still following the ten-syllable, iambic structure of a sonnet. One of the most entertaining aspects of Jess’ reading was his voice. In order to make some poems sound like a back-and-forth conversation, he acted out the personas with different tones to develop a rhythmic flow.

After the event, Jess took questions from the audience. He encouraged people to read his poems from varying angles, literally. “Read from the bottom to the top. Read diagonally. You can go anywhere with it and make a new sequence for yourself,” Jess said. The class enjoyed the event and thanked Dr. Keita for making this experience available to them.

President Blomberg to Step Down After Six Years Leading Ursinus