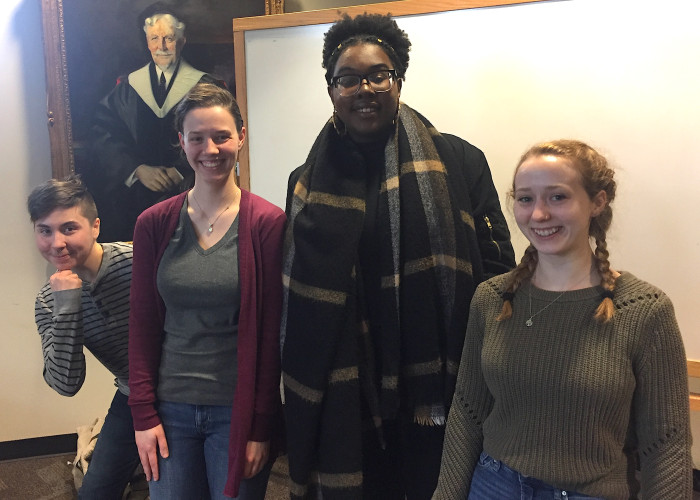 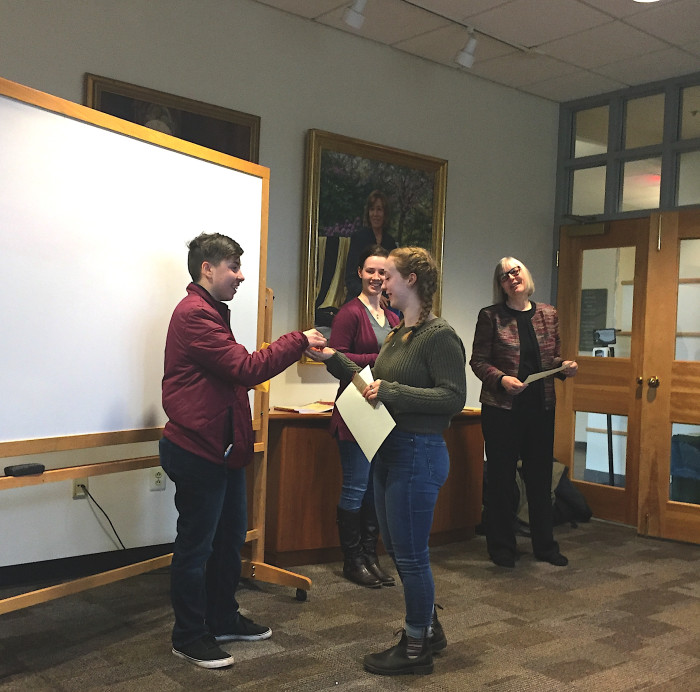 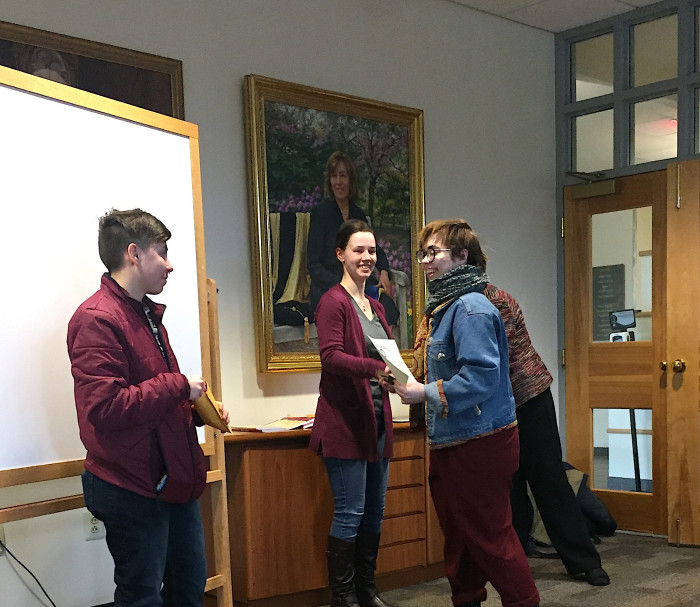 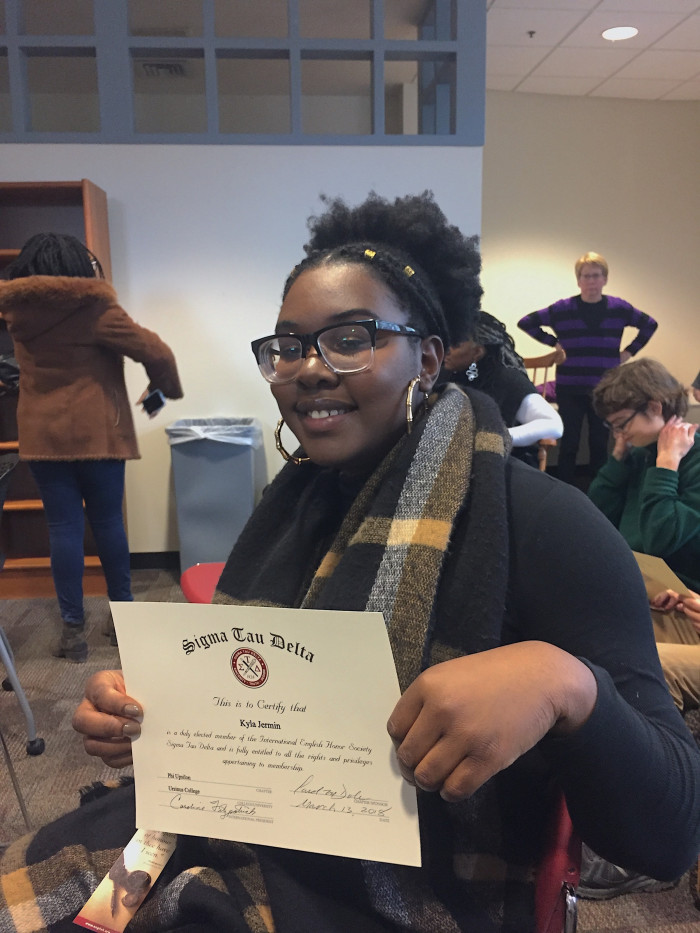 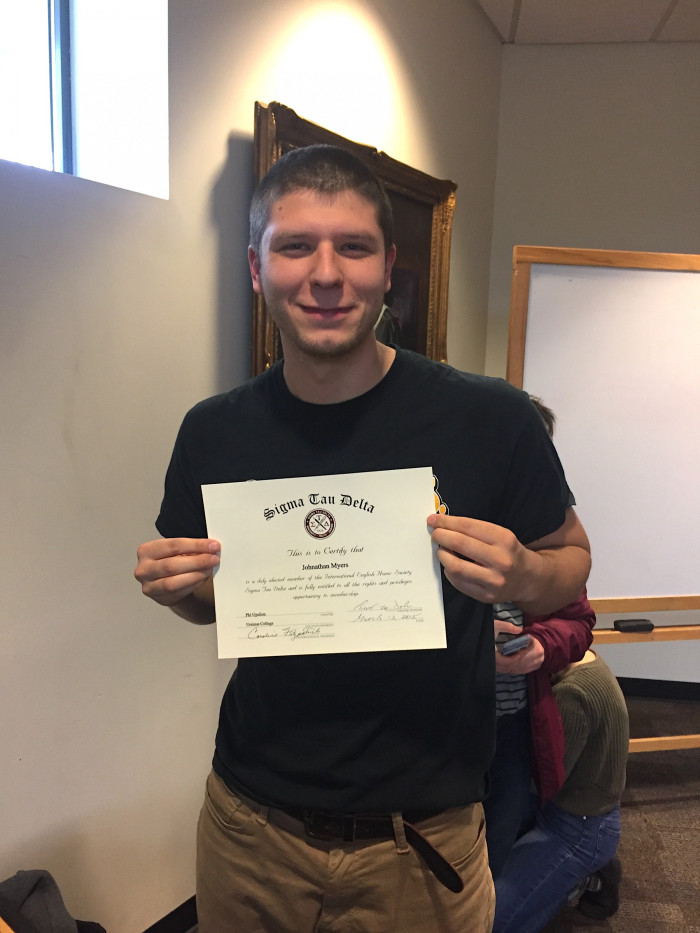 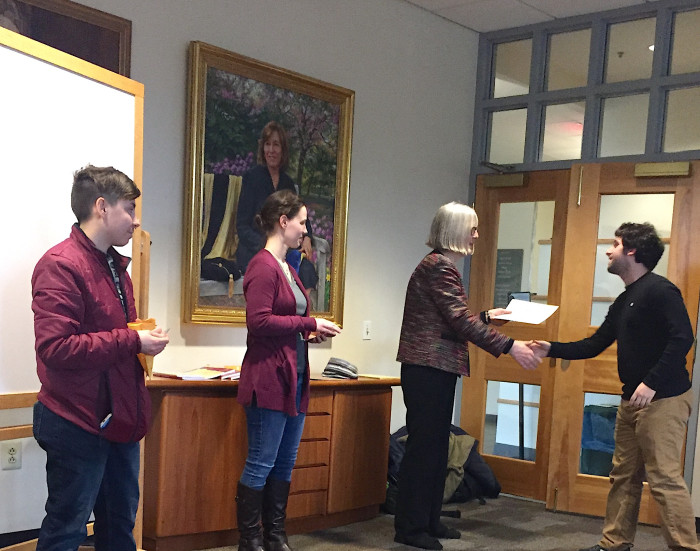 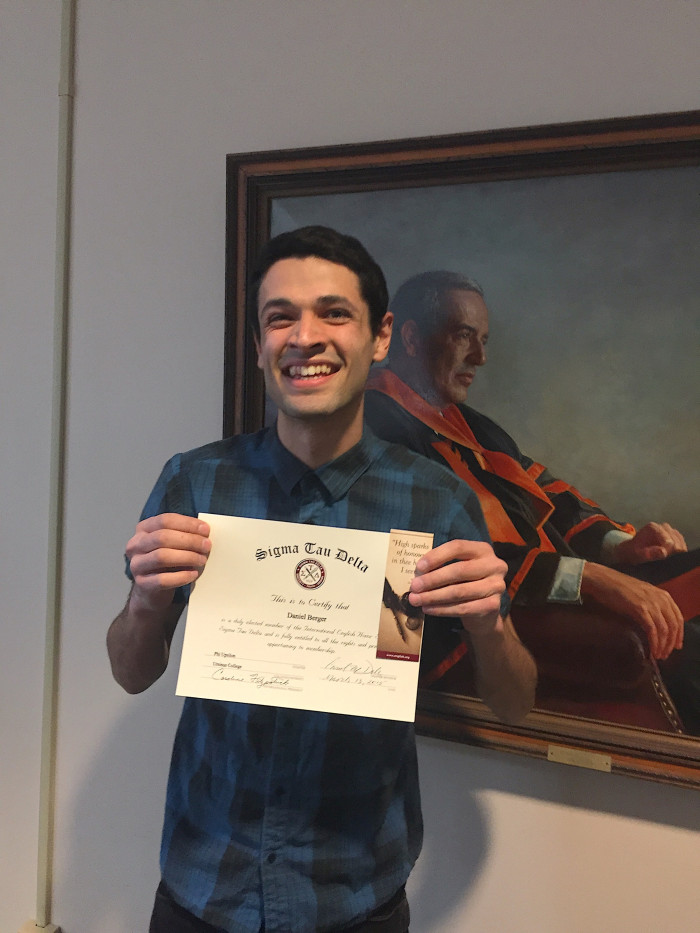 Students were inducted into the English Honor Society.
March 24, 2018

On Wednesday, March 14, students were inaugurated into Sigma Tau Delta, STD for short. It is the national honor society for English.

Dr. Dole discussed being a part of STD gives students the opportunity to publish their work in their scholarly journal and creative writing journal.Dole said, “I was proud to show off at the gathering the new issue of the Sigma Tau Delta Review, which features an article by Paige Szmodis ’18 on The Marrow of Tradition; and the 2017 issue of the Sigma Tau Delta Rectangle, which includes creative non-fiction by Albert Hahn ’18 and a prize-winning poem by Mara Koren ’17.”

President Blomberg to Step Down After Six Years Leading Ursinus