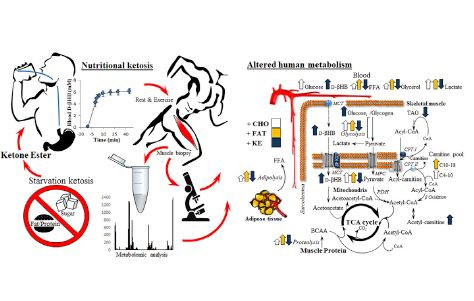 Each month, HEP faculty and students get together and discuss a current topic, recent research articles or discoveries.  The March discussion centered on potential benefits of nutritional supplementation for athletic performance.

Nutritional approaches, including supplementation, are commonly utilized by athletes to gain a competitive edge.  Ketogenic diets and ketone ester supplements are of increased interest for weight loss, enhanced athletic performance, and the possible treatment of various diseases.  During the recent HEP journal club, Dr Stephen Kolwicz reviewed exercise metabolism, examined the recent work by Kieran Clarke’s laboratory at the University of Oxford, and discussed the potential benefits of nutritional supplementation for athletic performance with those in attendence.