The Modern Language Department held an event to celebrate the induction of new students into its Honor Society
April 18, 2018

On April 23, the department held its annual Modern Languages Honor Society ceremony to celebrate the induction of new students who distinguished themselves pursuing studies in our foreign language programs.

Prof. Goda addresses the audienceProfessor Mizenko (Japanese), chair of the department,officially opened the event. Professor Yukino Goda (Japanese) hosted the event and noted: “This year, 39 juniors and seniors from the six language programs are newly inducted, and we are very proud of their dedication and achievements in our department.”

Professor Shuru, this year’s invited faculty speaker, followed with a speech titled “On Language and Self.” She delivered an account of the personal and plurilingual roots. She is a descendant of a Mexican father whose main language was not Spanish but a minority language in Mexico. She learned English later on when she moved to the United States at an early age.

The second part of the event was the induction of the new members of the Modern Languages Honor Society, who were presented with a diploma and a cord.

Professor Mizenko, Chair of the Modern Language Department, presented the language awards and prizes for outstanding students in each of the languages taught at Ursinus. In his remarks to the audience, Professor Mizenko noted how the new core curriculum maintains the required two semesters of a foreign language and how this will help us continue to fulfill the mission of the College to prepare our students to live “in an interdependent world.”

The event concluded with an official recognition of all the foreign language teaching assistants who have worked with our students during the 2017-2018 academic year: Ayat Mohamed (Arabic), Yuchi Liu (Chinese), Laura Woitiez (French), and Jorge Conejero Cuadrado).

We congratulate all of our students for their exceptional commitment to foreign languages. 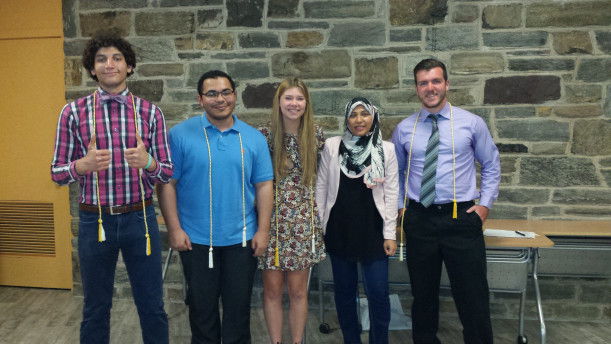 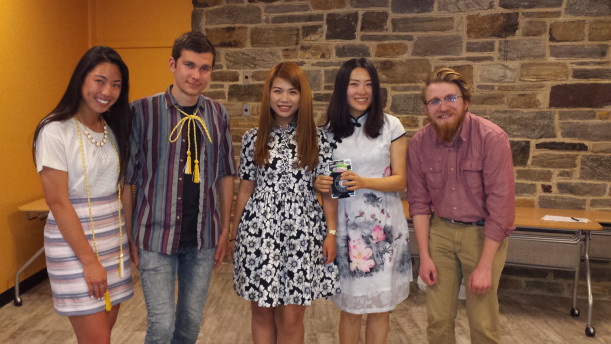 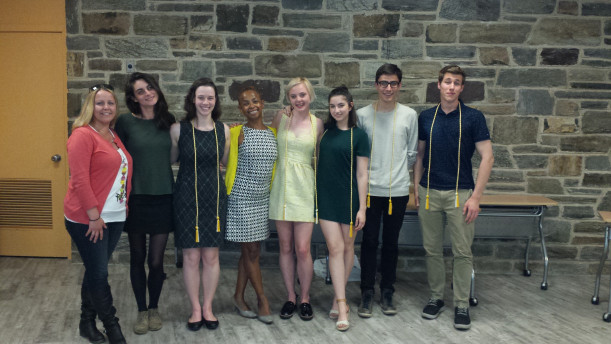 The French inductees and awardees. 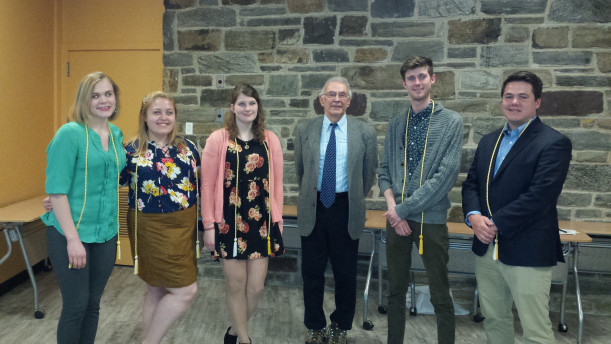 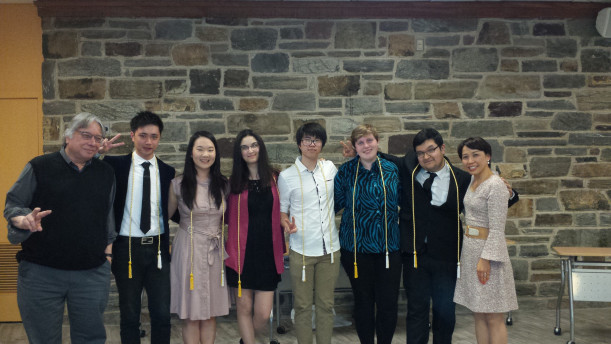 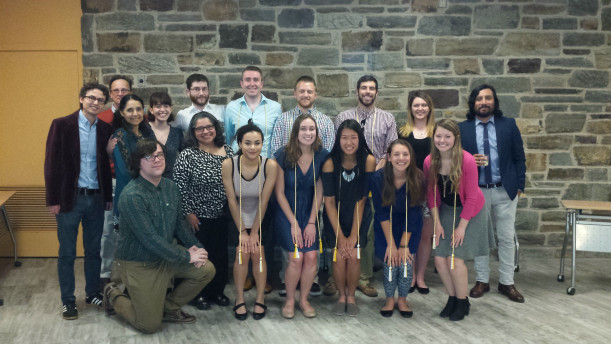 The Spanish inductees, awardees, and faculty and FLTA.