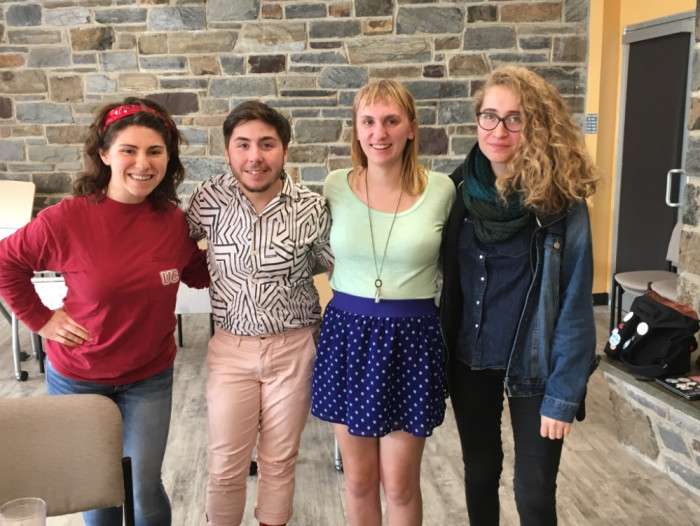 Robin Gow ’18 returned to Ursinus to discuss his progress from an undergraduate English major into a graduate student running his own non-profit.
November 19, 2018

On Monday, November 19th, Robin Gow ’18 revisited Ursinus College to deliver a talk on entrepreneurship, running non-profits, and life as a graduate student. He also discussed the benefits of being an English major and how his life has been affected by his education.

Gow stated how “there is so much Ursinus makes available to students. I definitely advise them to take advantage of everything and to get involved as much as possible.” Being an English major, Gow reflected on the number of interesting classes Ursinus offered him but also on the various opportunities he found to branch out. He was involved with Ursinus theatre productions, the Lantern, and Sigma Tau Delta, which the National English Honor Society. Gow also completed two honors projects and assisted at the Rainbow Resource Center, providing support to LGBTQ+ students and staff. Throughout his experience as an English major, Gow said that he “was able to do so much and really make an impact on the community,” which translated to what he currently works on now with his non-profit and poetry.

After graduating Ursinus and moving forward as a graduate student, Gow decided to attend Adelphi University to attain an MFA in creative writing. He has been published in several literary magazines and has a page on the Poetry Foundation website, and now he currently runs his own non-profit Trans-cendent Connections. He commented that it is difficult balancing work and school, but all of the occupations he participates in is “rewarding and they’re all things [he] enjoys doing.”

We thank Gow for coming back to his college roots at Ursinus, and wish him the best of luck on his new endeavors. We cannot wait to hear more about his success!