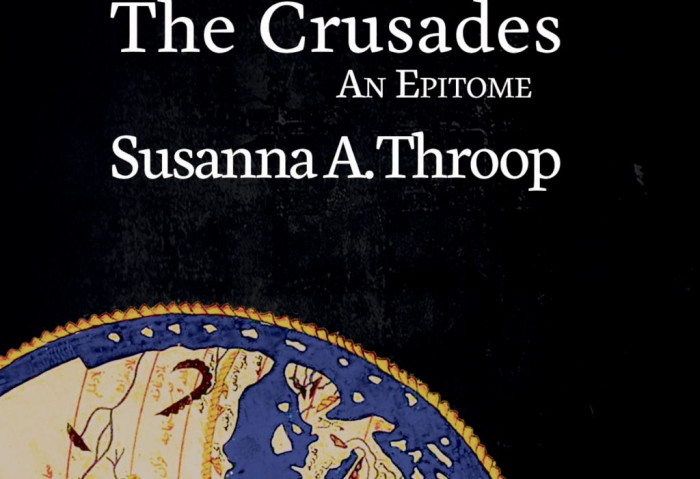 Crusades Book Recognized by “Forbes” as a Must-Read

Susanna Throop, a professor of history, has added to her impressive collection of published works with The Crusades: An Epitome.

The book covers a broad chronological look at the crusades from the 11th century to the 21st century and brings together a unique combination of European, Islamic and Byzantine historical approaches.

Last year, it was recognized by Forbes as a must-read on the topic of the crusades.

For Throop, it was important that the book was accessible for a wide range of readers. She explains that within the United States and the world the history of the crusades is used to support a vast array of extremist groups. There is a lot of inaccurate knowledge about medieval history, she explains, and because the topic is gaining more traction in the current political climate, she wanted the book to be fully open access, which means it is freely accessible online.

“Because the crusades are being used very actively to promote current violence it’s important to me that people have access to the scholarly history as openly as possible,” Throop says.

“What I’ve tried to do in this book is emphasize the complexity of the story of the crusades precisely because I think historical complexity encourages us all to pause, take a breath, and to ask more questions rather than to assume that the past was simplistic.”

Throop shares insight into how many people think of the crusades as a purely “us vs. them” phenomenon when in reality there was a much more complex range of interactions and relationships at play.

“What initially drove my interest was a desire to understand how people could conceive of violence and persecution as morally good things,” Throop shares. “I’m really interested in religious violence, particularly Christian religious violence, and I want to understand the ideas or cultural patterns that led people to think that ‘this violent thing that I am doing to someone else is spiritually good, for me and for the world, and God approves of it.’”

The Ursinus history scholar says a broadly similar kind of thinking can be seen today with many thinking that harming others in the name of religion is the spiritually correct choice.

Two student workers helped Throop along the way as she researched and wrote the book. Knowing that the market was saturated with other “short histories” of the crusades, Throop enlisted the help of Morgan Larese ’18 and Elijah Sloat ’18 to review the other books in the field to help create a distinct text valuable for the greater public discussion.

Larese and Sloat also worked closely alongside Throop to plan a structure for the book, laying out ideas and arguments chapter by chapter and identifying themes that she wanted to use throughout the piece.

“Their help was truly invaluable,” Throop says, “Being able to work collaboratively on my own scholarship with students like Morgan and Elijah is one of many reasons why I value being at Ursinus.” —By Mary Lobo ’15