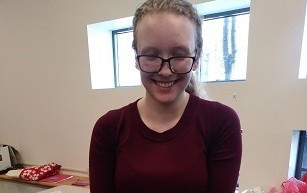 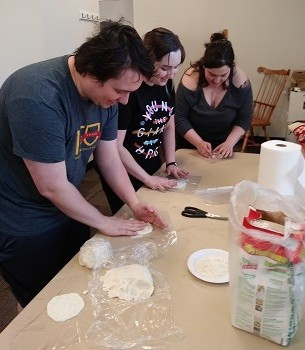 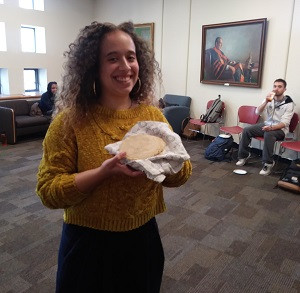 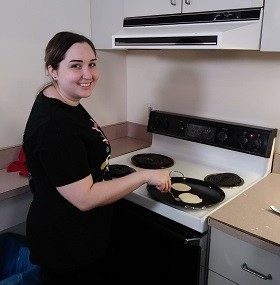 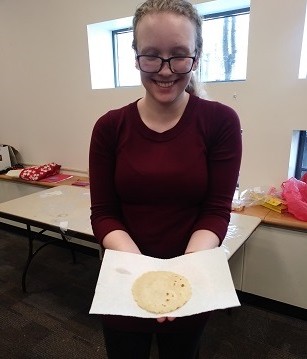 The students in Dr. Lauren Wynne’s ANTH 221: Contemporary Mexico participated in a tortilla making workshop on April 4th. The workshop was designed to complement the students’ reading of anthropologist Alyshia Gálvez’s book Eating NAFTA: Trade, Food Policies, and the Destruction of Mexico, which explores the effects of NAFTA and other late-twentieth century policies on food practices and public health in Mexico. These effects include skyrocketing rates of diabetes, kidney disease, and heart disease; decreased consumption of corn tortillas and local produce; and increased reliance on industrially-produced American corn and other industrial foods. This has occurred at the same time that Mexican culinary practices are being revalued and remade by Mexican and non-Mexican cultural elites.

Students practiced making tortillas in two ways, by hand and with a tortilla press, using two kinds of masa (corn dough), one from nixtamalized corn and one from masa harina, mass-produced corn flour. Students also sampled machine-made tortillas from Tortilleria La Familia in Norristown. The workshop aimed to provide students with an appreciation for the expertise and labor that goes into tortilla making, as well as a more sensory-based understanding of the experiences of dietary transition in Mexico.