Jeanine McCain found something a bit unexpected during a visit to an antiques mall during a trip home to Montana: a piece of Ursinus history.

The dance professor, who attended the University of Montana in Missoula, Mont., where she earned her bachelor’s degree, had been perusing various collections from antiques vendors when she spotted a round, black tray with an old Ursinus College logo in the center.

“No one out there [in Montana] had ever even heard of Ursinus and in that moment, I feel like everything stopped,” says McCain, whose performance research blends the physical moving body with digital technology and art installation. “It’s almost as though I didn’t know where I was for a second. There were no other college items, no other trays like this one, and it just stood out to me. I immediately texted Karen Clemente [an Ursinus professor of dance] and she told me that it shows that I’m meant to be here.”

The serendipitous moment was one certainly meant for the pages of Ursinus Magazine’s “Lost & Found.” Upon closer inspection, college archivist Carolyn Weigel suspects that the tray could come from the 1950s or 1960s, a date range where she found similar logos to the one on McCain’s tray. But the exact origin or timeframe of this particular logo remains a mystery.

The logo is certainly unique, and it will appear on some very special Ursinus sesquicentennial “swag” to help celebrate the college’s 150th anniversary this fall. For more on the anniversary, visit ursinus.edu/150years. And, if you recognize the logo—or happen to have an item with this particular logo on it—let us know! Email ucmag@ursinus.edu. 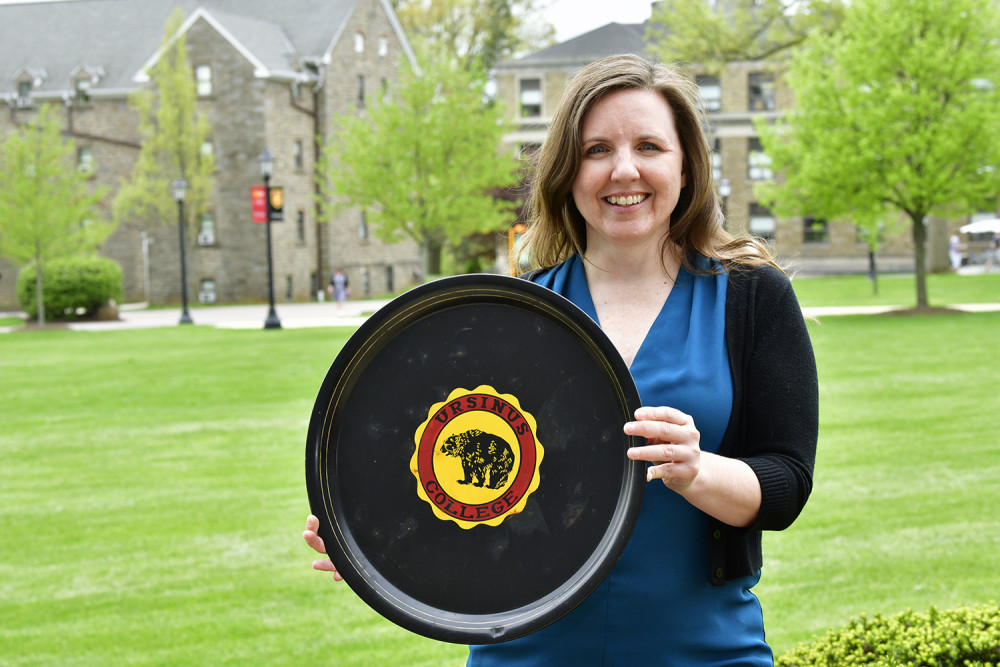