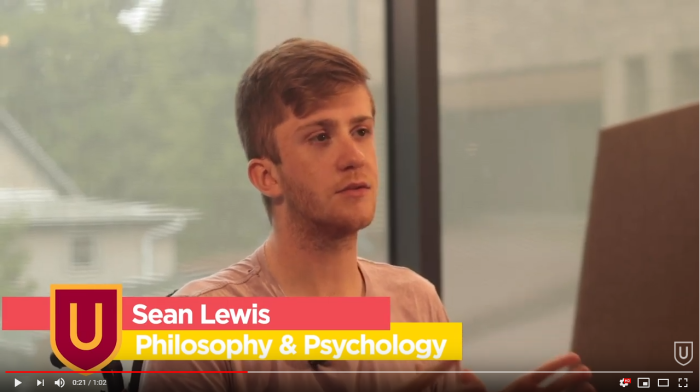 Should authoritarian figures restrict freedoms of their subordinates? Sean Lewis ’20 takes a historical look at paternalism.


Sean Lewis ’20, a philosophy and psychology double major, is spending the summer studying the ethical theories behind paternalism, the policy or practice of people in positions of authority restricting the freedom and responsibilities of those subordinate to them.

There are daily examples of paternalism, Lewis says, and examples can include putting social pressure on peers, as well as seatbelt laws, drug restrictions, or even restricting a person’s ability to seek treatment in the cases of “right to die” medical issues or abortions.

By examining the backgrounds and established theories on paternalism from prominent professors of philosophy Gerald Dworkin and Richard J. Arneson, Lewis aims to form his own argument.

He has been working under the guidance of his summer fellows mentor, Kelly Sorensen, a professor of philosophy and religious studies, and gained interest in the topic after taking biomedical ethics course at Ursinus. “It’s been a good experience to be removed from the classroom and get this specialized experience to study with a mentor one-on-one this summer.”