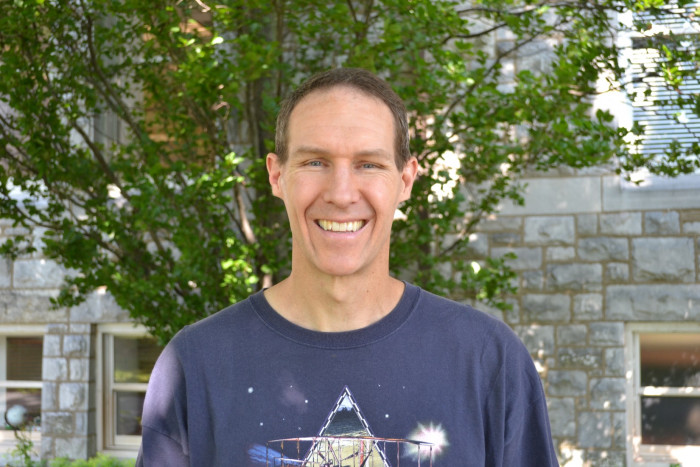 Mark Ellison, David Laucks Hain Professor of Chemistry, received a $200,217 grant from the National Science Foundation (NSF) to study the motion of ions and molecules through carbon nanotubes. As part of the research, Ellison also joins the Center for Enhanced Nanofluidic Transport (CENT) at MIT.
July 17, 2019

The grant, entitled “Electrokinetic Transport and Electric Field Control of Ion Motion through the Interior of Single-Walled Carbon Nanotubes,” is a continuation of Ellison’s collaborative research with Professor Michael S. Strano of the Department of Chemical Engineering at the Massachusetts Institute of Technology (MIT).

Carbon nanotubes are, as their name implies, a hollow tube of carbon about 10,000 times narrower than a human hair. One aim of the research is to study how neurotransmitters, such as dopamine and acetylcholine, flow through nanotubes when dissolved in water.  Another aim is to use electric fields to control the flow of ions through the nanotubes.

“We hope to be able to turn ion flow through the nanotubes on and off, like a switch.” said Ellison. “The ultimate goal would be to be able to start and stop the flow of neurotransmitters through a carbon nanotube. That way we could build a device that could administer a finely controlled amount of neurotransmitters to a cell. The device would have many applications in neuroscience and medicine.”

The grant will span three years and support Ellison and his research students in their investigations. As part of the grant, Ellison will take students to MIT where they will grow carbon nanotubes on silicon wafers and use cutting-edge instrumentation to measure their diameters and other properties before bringing them back to Ursinus to study ion motion through them.

“The trips to MIT are incredibly valuable for the students,” Ellison said. “The students get to see how nanoscience is studied at one of the world’s premier research institutions. The students also get to interact with graduate students, postdoctoral fellows and professors at MIT, and they learn what it means to be a scientist.”

As part of the research, Ellison also joins the Center for Enhanced Nanofluidic Transport (CENT) at MIT. This center, funded by the Department of Energy, brings together researchers from across the country to study the properties of fluids in extremely small environments. Ellison is the only faculty member from a primarily undergraduate institution who is part of the center