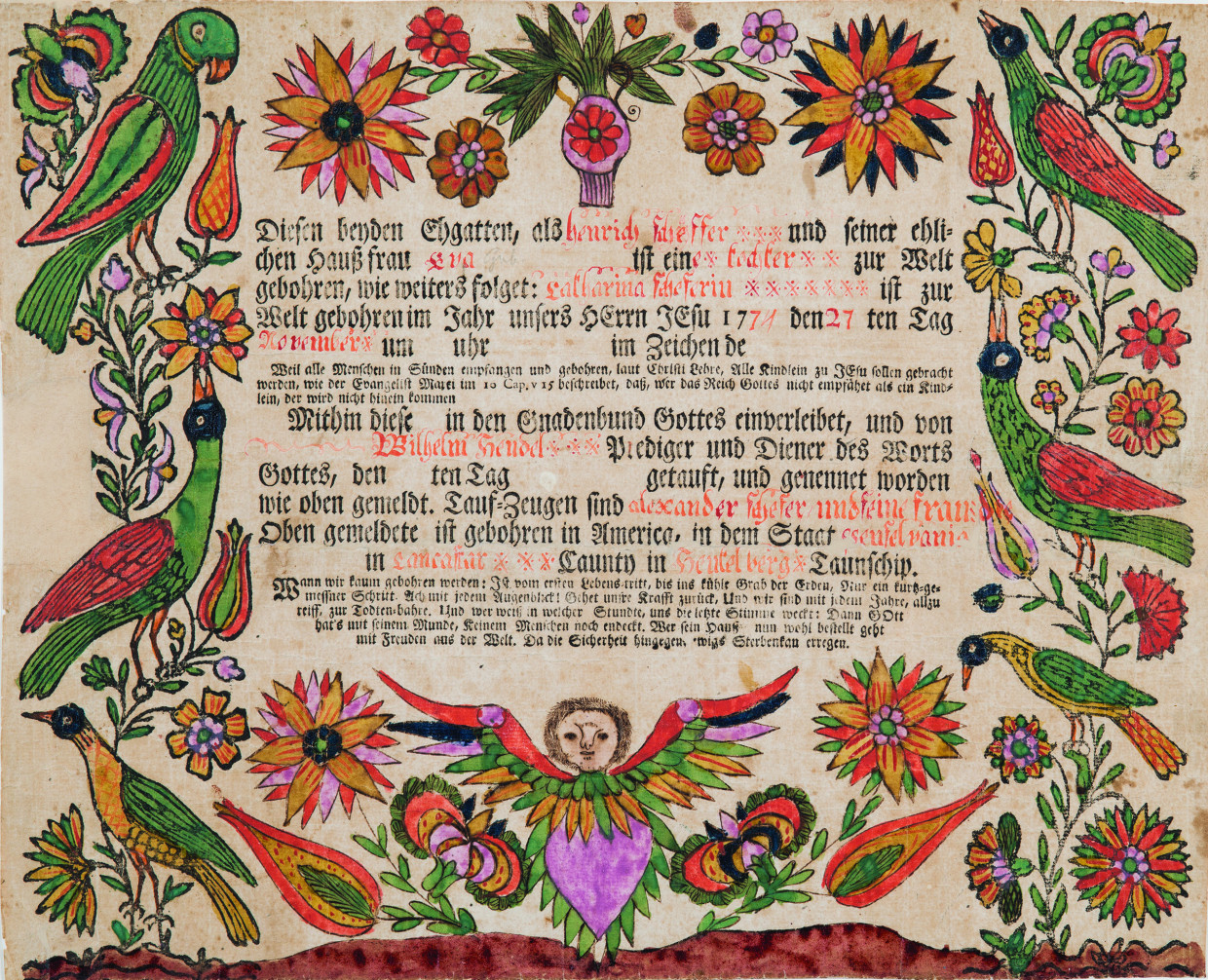 The exhibition was curated by Lisa Minardi ’04, executive director of The Speaker’s House, home of Frederick Muhlenberg and once used as an Ursinus dormitory. Minardi says, “The seed for this project was planted in 2002, when I was a relatively new Ursinus student and began working at the Berman Museum of Art. I cataloged the museum’s Pennsylvania German collection and studied its 125 or so fraktur for my distinguished honors thesis in museum studies; this was a self-initiated major that Ursinus encouraged me to create, in addition to my history major. It’s a dream come true for me to turn this into an exhibition and catalogue in conjunction with the college’s 150th anniversary.”

She sat down with Ursinus Magazine to talk more about the historical exhibition. 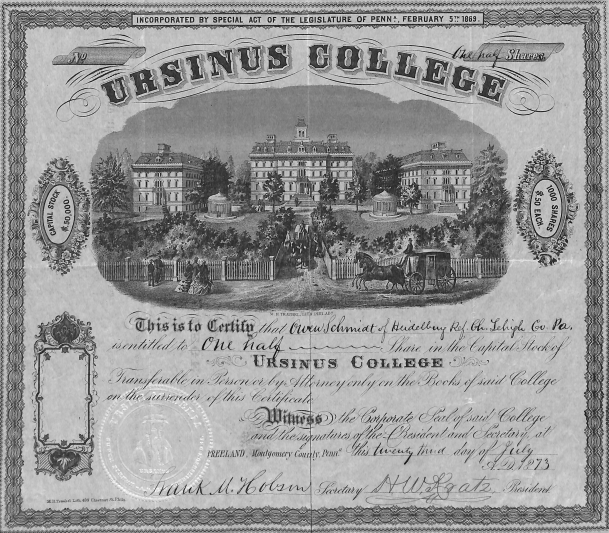 What makes the centuries-old Dewees Tavern the perfect place to showcase the history of the area?

The oldest part—we think—dates to the 1740s, then it was remodeled around 1800 and expanded again in 1820 or 1830, into its tavern usage. It was restored for the country’s bicentennial. It’s the longtime headquarters of the local historical society and we were looking for an updated, modernized use. We conceived this idea of creating a Center for Pennsylvania German Studies as a way to put the Trappe area, its history and the Muhlenberg family into a bigger context. The tavern was built as a gathering place, so what better use than to make it a gathering place today? 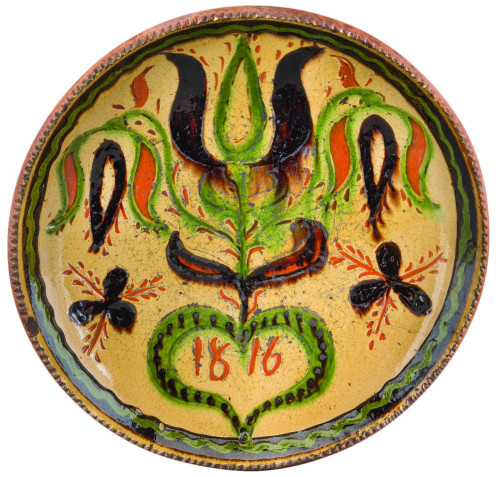 We want to do a changing exhibition here every year. When thinking about what we could do for the inaugural one, I realized it would be perfect to celebrate Ursinus’s 150th anniversary by bringing its Pennsylvania German history to life.

What aspects of that history do you find most interesting?

In reading some of the writings by former Ursinus professor Bill Parsons, he talked about how more than 80 percent of the Ursinus student body was Pennsylvania German well into the 1900s. That really struck me. You think of schools like Haverford or Swarthmore as Quaker schools, but Ursinus really has this Pennsylvania German past that isn’t always talked about. It ties in beautifully with [Ursinus founder John H.A.] Bomberger and the bigger story.

As a historian who looks at material culture and the tangible legacy of a people, I’ve always been fascinated with Pennsylvania German folk art. These people decorated literally everything. If it held still, they were going to put a tulip or a
heart or a parrot or something on it! The cover of the “ROOTS” catalog has this
incredible, mythical seahorse creature; they were so artistic and creative. There are so many that it’s hard to choose a favorite piece. There’s a beautiful redware plate from 1816 and I love that when you turn it over and look at the back, the potter signed it while the clay was still wet. It’s also important to remember that
Pennsylvania German culture is still alive and well today. It’s not like this died out. There are still many artists who work in this tradition.

How does the history of the college tie into the exhibition?

“ROOTS” is a two-part exhibition with the first half looking at the educational history of the area, Freeland Seminary and the Pennsylvania Female College—
forerunners of Ursinus. We have photographs of early buildings; the broadside announcing Ursinus’s founding in 1869; early course catalogs and student portraits; and a collection from Dr. Bomberger, who was also the pastor at St. Luke’s Reformed Church in Trappe. We also have hidden treasures from the
Pennsylvania Folklife Society collection, which was donated to Ursinus in the late 1960s and is now split between the Myrin Library and Berman Museum of Art.

What else do you have planned to showcase this rich history?

We’re partnering with Ursinus on a digital fraktur archive on the college’s digital commons platform. I have three Ursinus interns who are helping, and it will go live with the “ROOTS” exhibition. We’ve fully digitized 125 pieces from Ursinus’s fraktur collection—I translated them when I was a student—and we hope that’s
the seed of a much bigger archive, which will be a phenomenal resource for the study of folk art, but also the genealogy, which is the no. 2 hobby in the country. I hope people will become obsessed with this database, especially if we can unlock the language and make it accessible to the public.