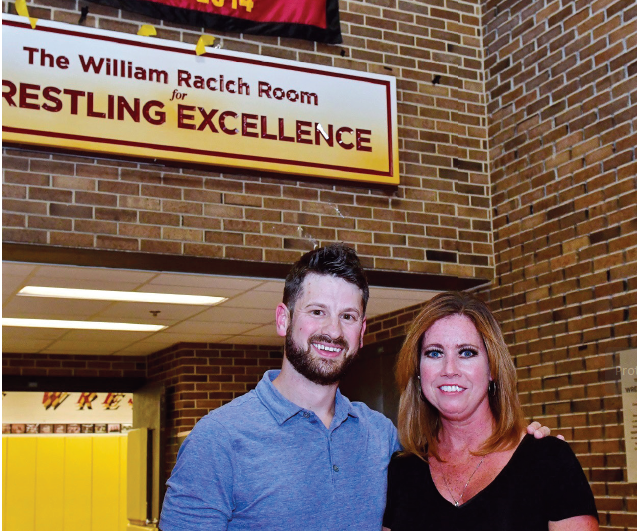 A Tribute to Athletics Legends

Boyd, who passed away last January, made a $1 million gift for the installation of a brand-new AstroTurf 12 field surface at Eleanor Frost Snell Alumnae Field. She also left an additional $150,000 to serve as a keystone to the next phase of capital athletic projects from Ursinus’s campus master planning process. 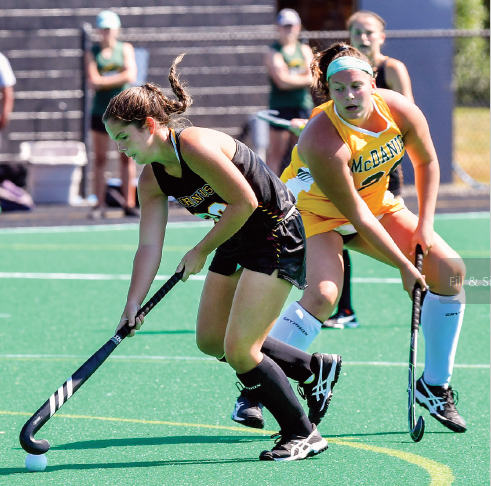 Boyd coached the Ursinus field hockey team for 17 years, which included 16 winning seasons. She guided the Bears to three consecutive runner-up finishes in the AIAW Tournament during the late 1970s, as well as the Eastern College Athletic Conference title in 1983. She played on the U.S. national team from 1959-67, serving as captain for the second half of that tenure and traveling to Great Britain, Jamaica and Germany on international tours.

“Adele loved Ursinus,” Director of Athletics Laura Moliken said. “She knew that sports meant opportunity for women. Opportunity for all of us to play, compete, travel and to learn and experience new things. This beautiful facility enables us to continue Ursinus’s fine tradition of winning, competing and having wonderful experiences with our teammates.”

The wrestling room next to Helfferich Gym in the Floy Lewis Bakes Center was dedicated in memory of longtime coach Racich, who passed away last September. It is now named the William Racich Room for Wrestling Excellence. Additionally, Moliken announced that Will Abele ’61 and his wife, Joan Abele, will endow a fund to support a full-time wrestling coach at Ursinus. 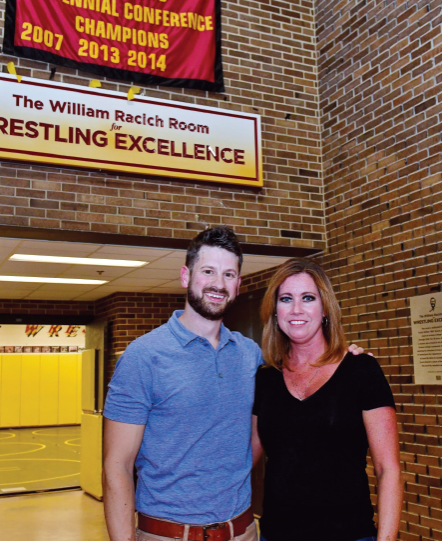 Moliken said Racich’s wife, Jules (above right), was his “right-hand assistant” and together “they supported every wrestler who came through this program.” The Abeles have named the fund for Jules Racich.

“Once Bill Racich was your coach, he was your coach for life,” said the Hon. Al Augustine, a longtime friend of Racich. “He was an authoritative person that could show love, and that’s the most important trait a teacher or a coach could have.”