On Saturday, November 2, Ursinus inducted eight former standout student-athletes into the Athletics Hall of Fame, and Ginny (Migliore) Murphy ’87 was honored as the recipient of the Adele P. Boyd ’53 Award.

The award acknowledges a member of the Ursinus community who embodies the qualities of the late Boyd, a teacher, coach, administrator, mentor and friend who advocated for and remained involved with Ursinus athletics for more than 50 years.

Murphy was a three-sport standout during the 1980s, most notably as a three-year starting forward for the Division I field hockey program. She helped lead the Bears to three top-20 national finishes and back-to-back appearances in the Eastern College Athletic Conference championship, including a title in 1983. She was a four-year starter and three-year co-captain for the women’s basketball team, and earned one letter in softball, competing on the 1984 squad that won the MiddleAtlantic Conference championship.

“[Boyd] learned early on that successful teams were [made up] of players that were respected, understood their roles, and realized they were contributing to something bigger than themselves. What a valuable life lesson,” Murphy said, explaining that she is proud to honor Boyd’s legacy.

The other hall of fame inductees included: 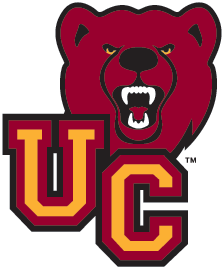 Steve Coulter ’86, a key cog in a golden age of Ursinus men’s soccer, helping to lead the Bears to an ECAC crown in 1983 and a return trip to the championship game in 1984.

David “Zeb” Engle ’09, one of the premier pitchers in the storied history of baseball at Ursinus and the school’s all-time leader with 302 strikeouts and 272 innings.

Jennie Moore Anderson ’09, one of the most decorated multisport athletes in recent Ursinus history, racking up seven All-Centennial Conference certificates between field hockey and softball, and driving those squads to five combined championships.

Mark Schmidt ’82, a four-year linebacker for the football team who became a coach and developed local powerhouses at both Neshaminy High School and Imhotep Charter.

Allyson “Ally” Shicora ’08, who stands alone in the storied annals of Ursinus women’s lacrosse as the only Bear to be named first team All-Centennial three times, one of only 19 players in conference history with that distinction.

Kaitlyn Sutherland Bonavita ’09, one of the top field hockey players in all of Division III and a three-time first team All-American. She was also a key contributor to the softball team.