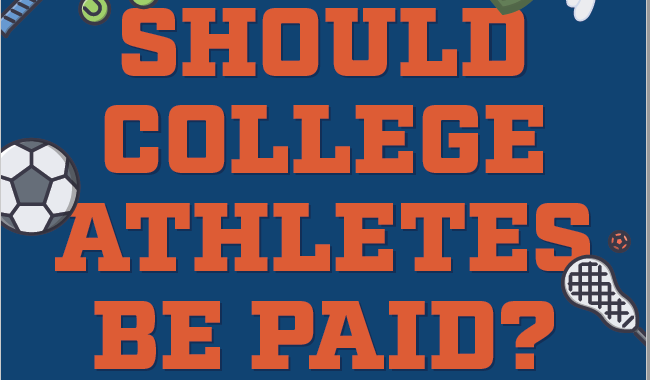 The Burning Question: Should College Athletes Be Paid?

The truth about education as compensation in college athletics. By Jasmine L. Harris, Assistant Professor of Anthropology and Sociology
March 09, 2020

Ed Ogeron, head coach of the 2020 college football national champion Louisiana State University (LSU) Tigers, earned $1.7 million in bonuses for winning the national title. He also has a chance to earn another $200,000 in bonuses for his players’ academic performance at the end of the 2019-2020 academic year. These bonuses are in addition to his $4 million base salary in 2019, which is less than half the salary of his championship game competition—Coach Dabo Swinney for the Clemson University Tigers—whose $9 million salary doesn’t include the additional $5 million in bonuses he’s earned in the last two seasons.

The players, by comparison, had to explain the few hundred dollars NFL wide receiver and LSU alumnus Odell Beckham Jr. handed out to LSU players in good-natured on-field celebration after their win because players are banned from being compensated for their contributions to the team. These differences in public response to payment of participants in college football highlight the innate hypocrisy of NCAA college athletic policies. Coaches and athletic directors “earn” their exurbanite salaries each season, but players can only “earn” college tuition, and room and board. Even as the NCAA earned over $1 billion in revenue in 2018, and universities like LSU and Clemson clear hundreds of millions in revenue over the same time period. 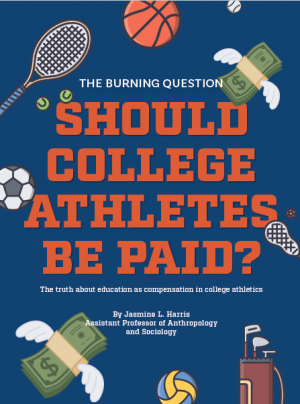 But the state of college athletics has changed considerably since becoming big business in the early 1990s. Increasingly, college-athletes, especially football and men’s basketball players—the only sports which generate a revenue surplus each year—spend less time in the classroom, and more time preparing for the big game. In fact, my survey and interview data from players like these across the country suggests they spend three times as many hours on athletic responsibilities in comparison to academic ones during their time as “student-athletes.” Coaches and athletic directors at these schools care about academic performance insofar as it contributes to their own financial windfalls because it has little to do with what happens on the field.

Football and men’s basketball players already report the lowest graduation rates of all student-athletes and non-athlete students; a lack of compensation while competing at the NCAA level creates difficult economic and educational paths in the future. This is especially true for black players from low-income communities who make up almost 70 percent of Division I football and men’s basketball teams. For all but the two percent of players who will go on to play in professional leagues, this means many will leave college without an adequate education and no money made during a time in their lives where they’re at peak marketability. These players don’t have the time to concentrate on academics, and therefore cannot adequately take advantage of the education they “earn” on the football field or basketball court. Instead, players sacrifice their bodies, and their educations to win, and as a result make a few additional million dollars for their coaches.

Recently, the NCAA announced rule changes that allow all student-athletes to accept compensation in exchange for work, even during the sports season, in response to state legislation passed in California, and being prepared in a handful of other states, including Pennsylvania, which overrode NCAA policy and threatened to upend the NCAA as we know it. But allowing players to be compensated for the use of their likeness and image is not the same thing as revenue sharing. Players are only allowed to seek out their own compensation rather than being awarded a portion of the revenue their labor sustains, actions which require more time and energy away from academics and focused squarely on sports.

At Ursinus, student-athletes already overloaded with schoolwork may now be lured to go in search of their own revenue streams to supplement the cost of college attendance beyond just tuition, and room and board. And can we blame them? As the cost of living continues to increase while jobs paying livable wages post-graduation decrease, for many student-athletes, it’s now or never to make money on their athletic participation. But we must ask ourselves how much we want our student-athletes to invest in academics. If they’re spending a majority of their time on athletics, then is an education really ample compensation for their labor?

Harris’s research interests include race, class and gender, and the intersectionality of those identities, particularly as they pertain to minority experiences. She has conducted extensive research about compensation in Division I athletics and her expertise has been recently featured on NBC10, in The Philadelphia Inquirer, Business Insider, The Houston Chronicle, The Pittsburgh Post-Gazette and other national publications.