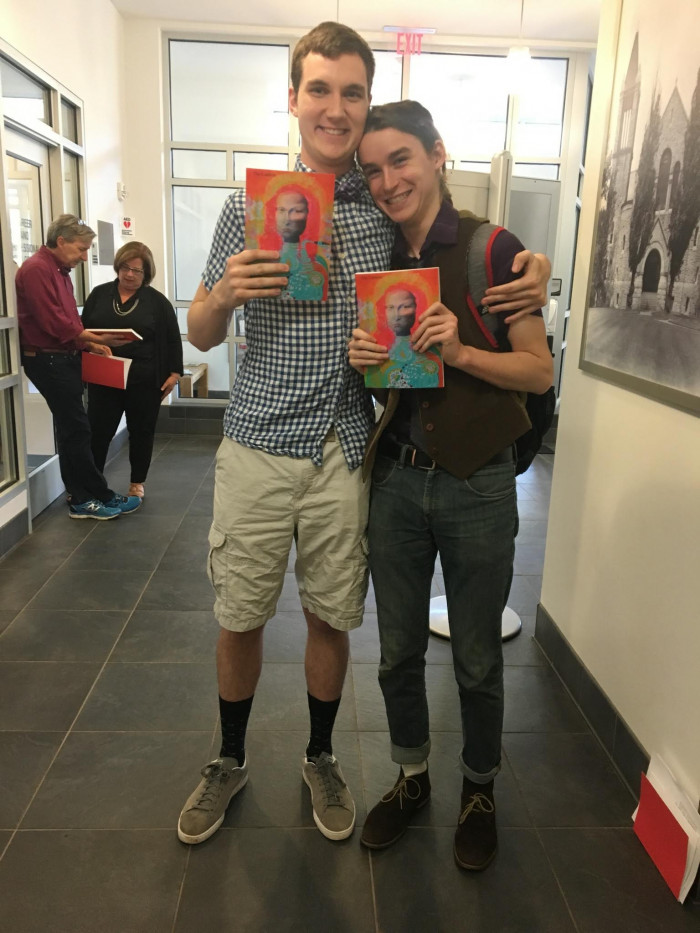 As first-year roommates, Tommy Armstrong and Garrett Bullock started their academic journey at Ursinus together. Now the two seniors will be starting another major journey as recipients of the prestigious Thomas J. Watson Fellowship.

Ursinus College is one of 41 partner institutions that can nominate students for the one-year grant, which fosters international research and exploration among its participants. The 52nd class of Watson Fellows includes 47 students from 20 states and eight countries.

“I’m very excited to explore every aspect of my research, but I revel in the opportunity to make new friends and build connections that will allow me to further my Watson project,” said Bullock, who will be examining the cultural impact of drumming across the world through his research. “Beyond that, I have become less and less in touch with drumming as I have pursued my college education and as a Watson Fellow, I am now able to rekindle that cherished passion which has been extremely formative in my life.”

“I look forward to learning the languages and about the cultures where I visit and hopefully, I’ll get some pretty good stories out of my travels too,” he said.

Armstrong will examine the unique cultural impact of comedy in various cities, particularly those that have high rates of depression or, conversely, particularly high qualities of living. He will spend his fellowship shadowing improv troupes around the world and discussing their ideas and beliefs on comedy and what it has to do with hardship and depression.

“Words cannot describe how excited and fortunate I feel,” Armstrong said. “I heard about the Watson freshman year, and it sounded like winning the lottery. I have been fantasizing about this project for a long time, and it’s built on the exact type of exploration I’ve tried to do in my time at Ursinus. This is a dream come to life.”

He will be using his research to inform a satirical web series that he is producing called Gary’s World, which is about an inept, but dedicated vlogger portrayed by Armstrong himself.

Bullock said he woke up on the morning that the Watson decision was made to a text message from Armstrong that simply said, “WOOOOOOO!” It’s a distinction the two friends are proud to share together.

Meredith Goldsmith, a professor of English and associate dean of the college, said, “We couldn’t be more excited for Tommy Armstrong and Garrett Bullock. Watson honors students who are independent, creative and ready to chart their own path, and both Tommy and Garrett exemplify those qualities. It’s a great honor for the college as well. Only 40 liberal arts colleges nationwide are on the Watson list, including Swarthmore, Reed and Grinnell, so this puts us in excellent company.” –By Mary Lobo ’15