His film career includes his role as Joseph Rivers in the Academy Award-winning Barry Jenkins drama If Beale Street Could Talk and as Reverend Ralph Abernathy in the Academy Award-nominated film Selma. He co-starred in many other films, including Lee Daniels’ The Butler, Lincoln directed by Steven Spielberg and True Crime directed by Clint Eastwood. Domingo has co-starred in three films directed by Spike Lee - Miracle At St. Anna, Red Hook Summer, and Passing Strange.

Domingo stars on AMC’s Fear The Walking Dead as Victor Strand and has recently guest-starred on Bojack Horseman (Netflix), Timeless (NBC), American Dad (FOX) and Miles From Tomorrowland (Disney Jr). Domingo received the award for best dramatic actor from the 2018 Independent Television Festival presented by the Television Academy for his performance in Nothingman directed by Eli Kooris and Joshua Shaffer.

On stage, Domingo followed in the footsteps of Zakes Mokae, James Earl Jones, and Danny Glover and starred as Zachariah in the New York revival of Blood Knot, written and directed by Athol Fugard, in the inaugural production at the off-Broadway Signature Theater. He is well-known for his star turns as Mr. Franklin and a German performance artist, Mr. Venus of Berlin, in Passing Strange, a Tony and Drama Desk Award-winning musical directed by Annie Dorsen on Broadway and documented on film by Spike Lee. He also starred in The London Evening Standard Award-winning The Scottsboro Boys at the Young Vic in London, in a role he originated on and off Broadway and reprised on the West End. 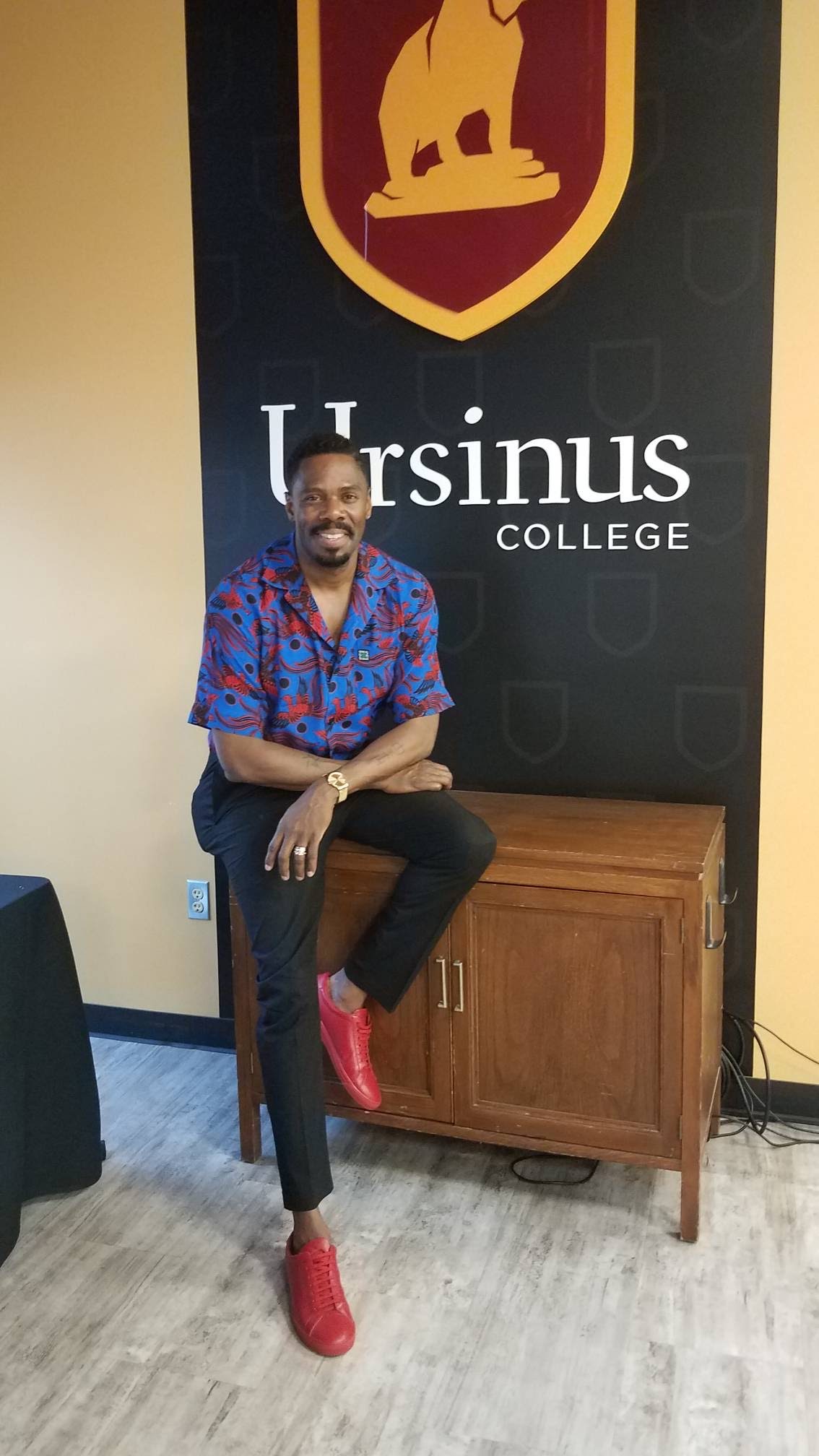 Colman Domingo visiting the Ursinus campus in 2019.Domingo’s hit Broadway musical, Summer: The Donna Summer Musical, was honored with two Tony Award nominations as well as nominations from Drama Desk and Drama League. It kicked off its national tour in Fall of 2019. Domingo and nationally-acclaimed theatre-maker, Patricia McGregor, co-authored the musical, Lights Out: Nat “King” Cole, which premiered at People’s Light Theatre in Malvern, PA in October 2017 and was nominated for a Barrymore Award for Excellence in Theater. The show opened on the west coast at Geffen Playhouse in February 2019. Starring Dulé Hill and Daniel J. it premiered to sold-out audiences and was extended twice. Domingo recently directed his self-penned family drama, Dot, at the People’s Light Theatre and the world premiere of A Guide for the Homesick, IRNE-award nominated for Best Direction of a Play, by Ken Urban at the Huntington Theatre.

Most recently, Domingo co-starred in A24’s Zola and in Noah Hawley’s sci-fi drama Lucy in the Sky (Fox Searchlight). Domingo, his creative partner Alisa Tager and AMC Networks are currently developing an original drama series for television titled West Philly, Baby, which he will write, direct, and executive produce. He is also at work on an untitled half hour comedy for HBO. Domingo was born in Philadelphia, Pennsylvania. He attended Overbrook High School and then Temple University, where he majored in journalism.