Koch’s career prior to becoming an Astronaut spanned two general areas: space science instrument development and remote scientific field engineering. Her career began as an Electrical Engineer at NASA Goddard Space Flight Center’s Laboratory for High Energy Astrophysics, where she contributed to scientific instruments on several NASA missions studying cosmology and astrophysics. Koch then became a Research Associate in the United States Antarctic Program from 2004 to 2007. This included a yearlong stay with a winter-over at the Admunsen-Scott South Pole Station and a season at Palmer Station. While in this role, she served as a member of the Firefighting Teams and Ocean and Glacier Search and Rescue Teams. From 2007 to 2009, Koch returned to space science instrument development as an Electrical Engineer at the Johns Hopkins University Applied Physics Laboratory’s Space Department. She contributed to instruments studying radiation particles for NASA missions, including Juno and the Van Allen Probes. In 2010, Koch returned to remote scientific field work with tours including Palmer Station in Antarctica and multiple winter seasons at Summit Station in Greenland. In 2012, Koch continued work at remote scientific bases, now with the National Oceanic and Atmospheric Administration (NOAA).

The Expedition 59, 60 and 61 crew launched from the Baikonur Cosmodrome aboard the Soyuz spacecraft and included NASA Astronaut Nick Hague, as well as Russian Cosmonaut Alexey Ovchinin. Together they contributed to hundreds of experiments in biology, Earth science, human research, physical sciences and technology development, including improvements to the Alpha Magnetic Spectrometer in an effort to extend its life and support its mission of looking for evidence of dark matter and testing 3D biological printers to print organ-like tissues in microgravity. Koch conducted six including the first three all women spacewalks, totaling 42 hours and 15 minutes on her mission into space.

Koch is a native of Michigan, grew up in Jacksonville, North Carolina and most recently resided in Livingston, Montana. She is married to Robert Koch. 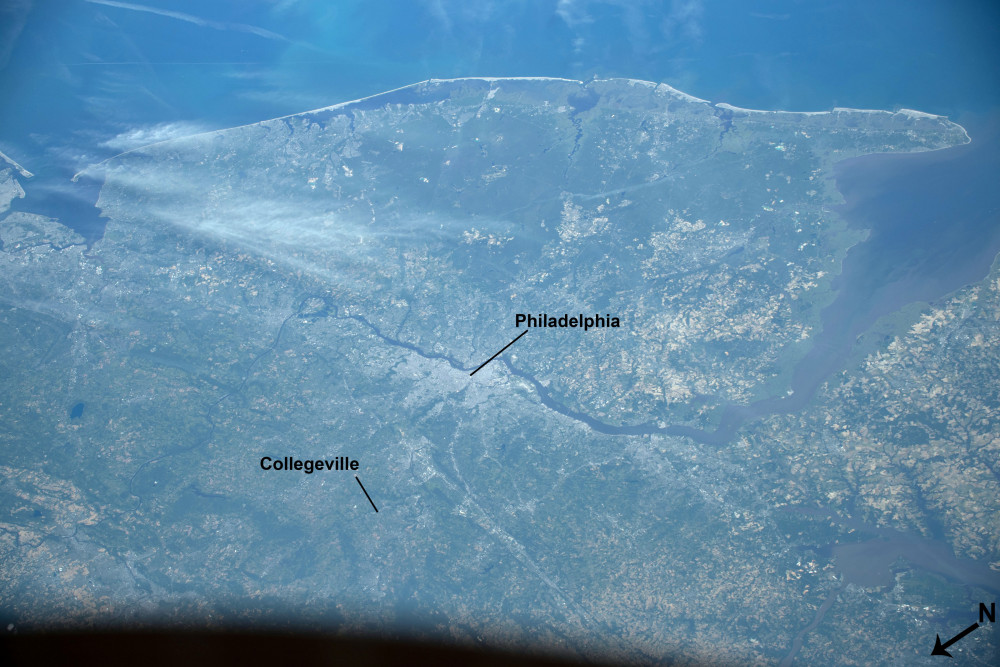 Photo of the area of Ursinus and Philadelphia which were taken during Christina's mission.