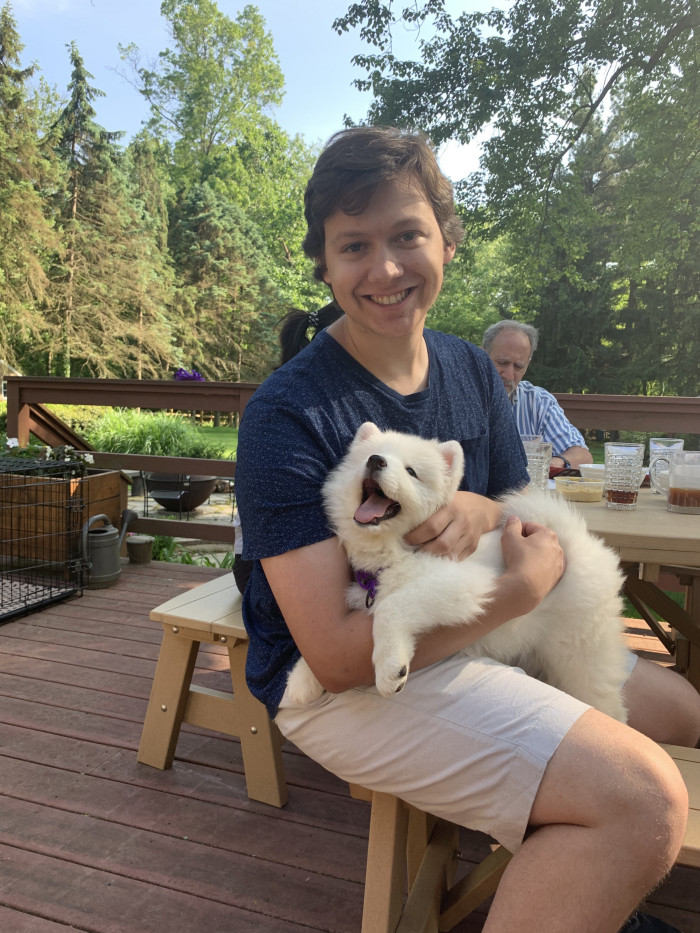 Schwartz Awarded the French Prize and Rifkin Award in Music

Julian Schwartz (’20) was presented with this year’s Mary French Prize in Music for his hard work and dedication to the music department during his four years as a Ursinus student.

Additionally, Schwartz was awarded the Robert Rifkin Composition Award for his original piece “Electric Bass Sonata”.  He described his sonata as a “conversation” between the bass and piano that mutates the theme back and forth throughout the song.

Julian has been spending his time in quarantine practicing his bass while taking composition lessons. He has also been completing schoolwork, watching birds, and searching for frogs in his backyard. He has found time during quarantine to further explore music and his love of nature.

We wish Julian much success in all of his ventures after graduation. Congratulations!