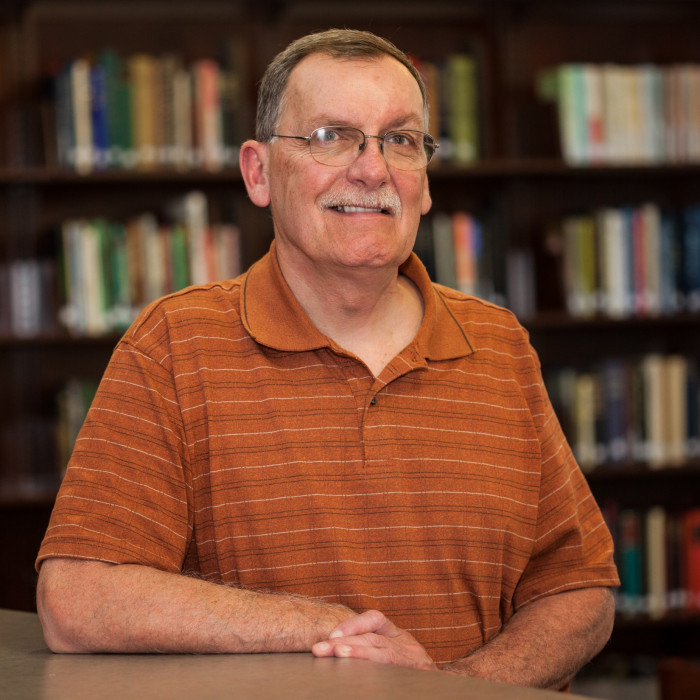 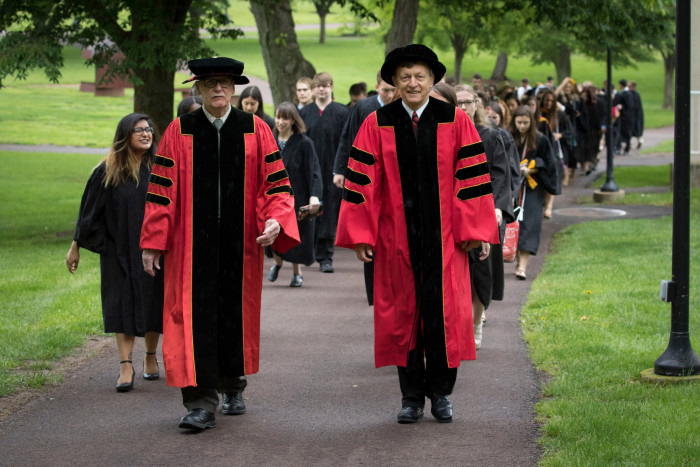 In the course of his long career at Ursinus, all of them in Myrin Library, Charlie worked with countless students, faculty, staff, local community members, and researchers & scholars from around the world to connect them to the resources they needed and guide them on their intellectual journeys. He was key to the library’s technological transformation in the 1990s, when he oversaw the library’s transition from the classic card catalog to its first online catalog and was involved in the creation of the College’s first website. In the early 2000s, he directed the library through a terrible flood caused by a burst pipe on the third floor that leaked for several days unabated over a winter break, an ordeal that lasted many months.

Charlie acquired and processed one of Ursinus’s most unique special collections, the Linda Grace Hoyer papers, which was given to the college by her son the author John Updike. The materials in this collection are found nowhere else in the world and are now becoming available to scholars, researchers and students through a major digitization project that just began this summer. Charlie’s dedication to the students of Ursinus is perhaps best represented by the legacy of the Student Art Collection he curated for many years. All of the pieces from his 20-years of collecting are displayed throughout Myrin and in Digital Commons, including the most recent addition from this year’s Student Art Exhibition, Kristen Cooney’s (’20) 10-photograph series “The Blossom Mandala.”

All of us in LIT wish Charlie all the best as he begins this new chapter of his life!