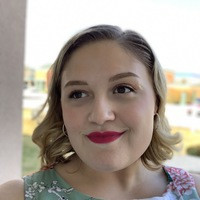 Hannah Engber, currently a Master of Public Policy student at Temple University, has just published work she began as a junior International Relations major at Ursinus. Her article, “Rose’s Turn: How Women in Positions of Political Leadership Deal with Terrorism on the Homefront,” appears in the most recent issue of the Journal of Management Policy and Practices.
August 26, 2020

While an International Relations major, Hannah enrolled in a class on Women and Politics and did research on women in political leadership roles. She was intrigued by the example of historic figures like Margaret Thatcher, former Prime Minister of the United Kingdom, and Golda Meir, former Prime Minister of Israel, who defied traditional gender stereotypes and implemented tough counter-terrorism policies. She built on this research as a graduate student in Temple University’s Master of Public Policy program and her work has just been published in the Journal of Management Policy and Practice, a selective, peer-reviewed publication that advances work that is “bold but theoretically grounded.”