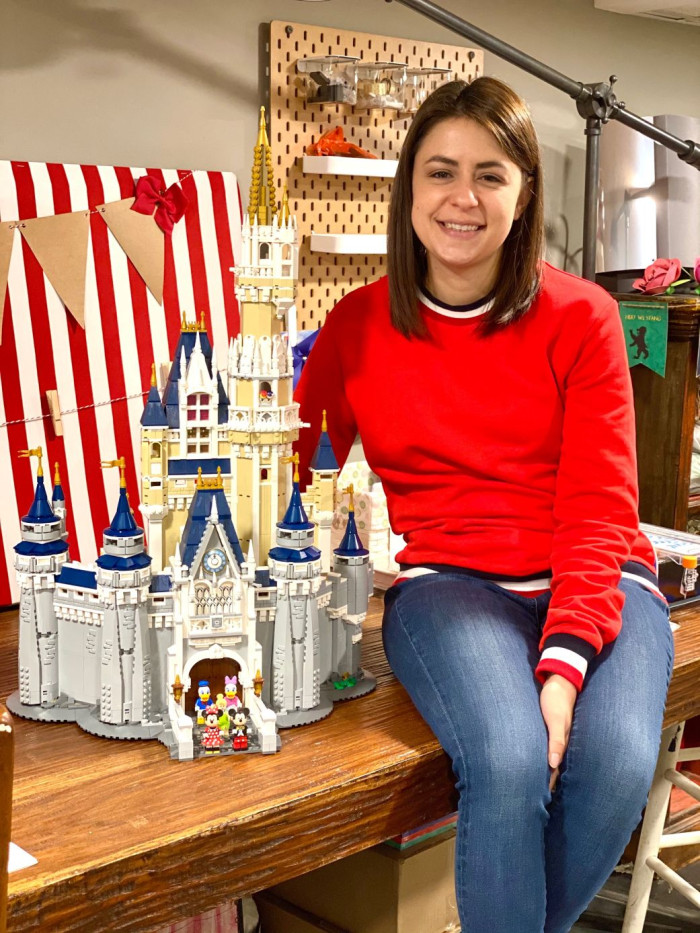 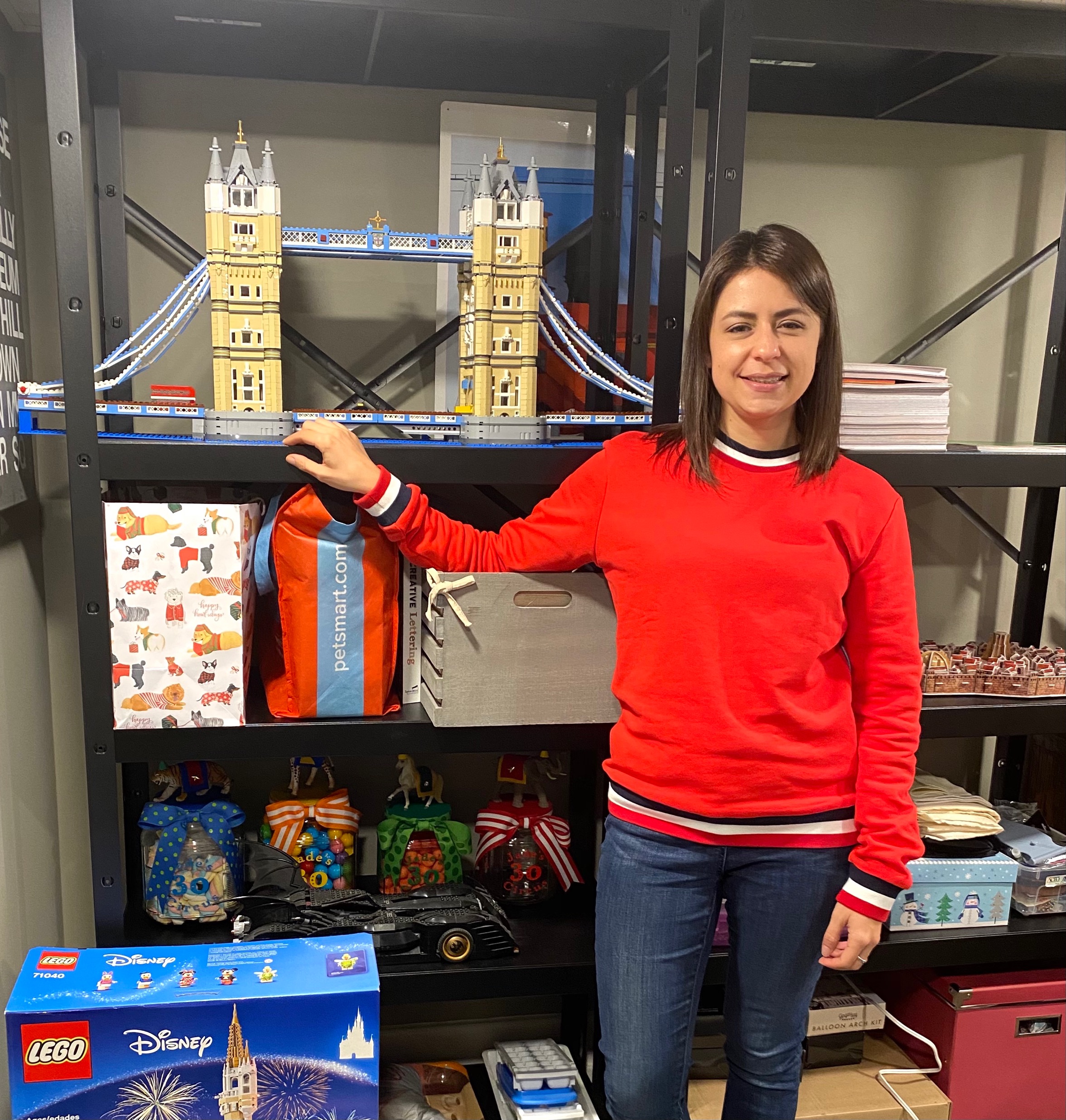 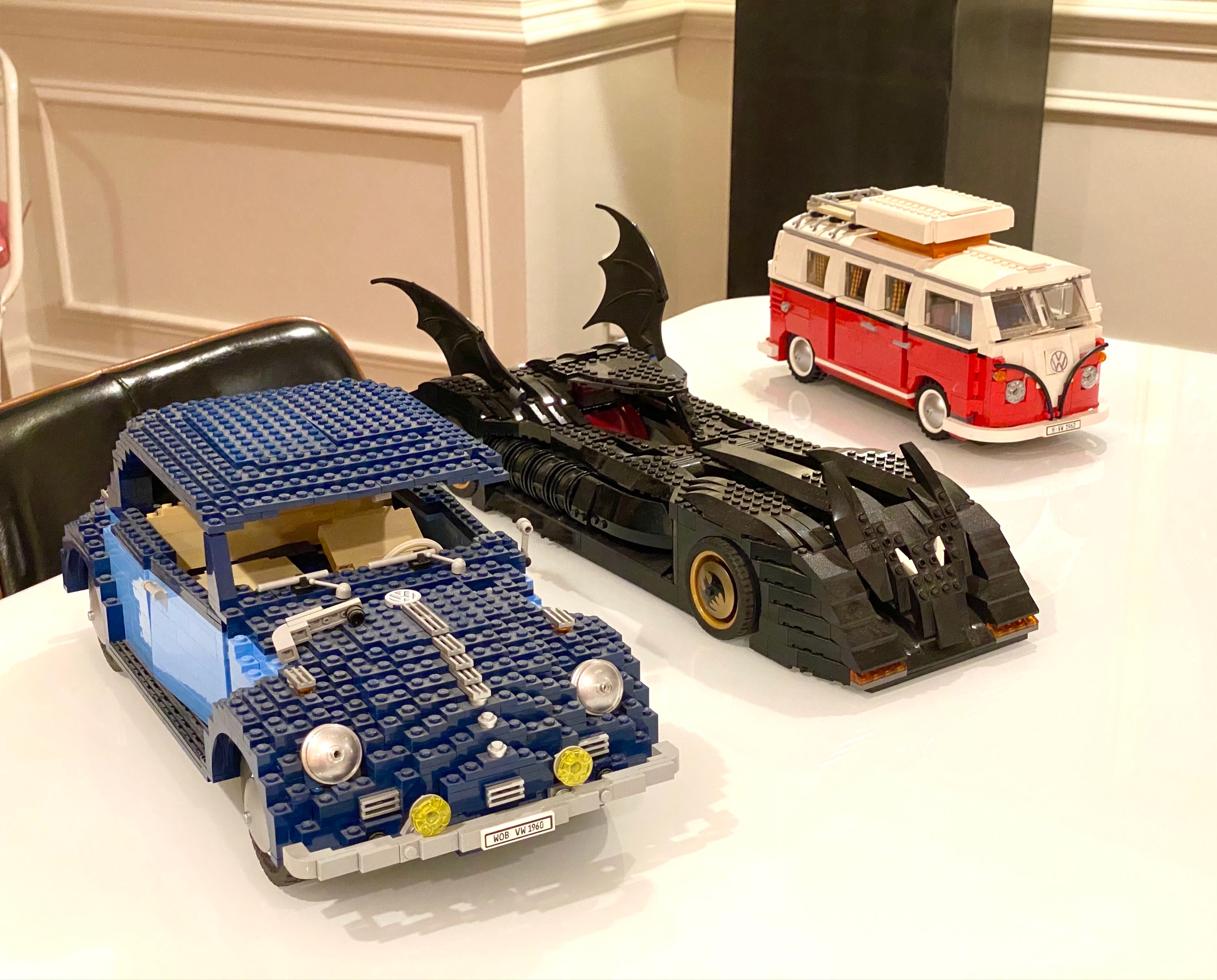 LEGO Hobby Is Built for Quarantine

Jade Touam, assistant content marketing manager, has been constructing LEGO sets for 15 years. In the early days of the pandemic, she discovered it was the perfect pastime.
October 12, 2020

The box for the Disney castle, a limited-release LEGO set that boasted 4000+ pieces, had been sitting—waiting—in Touam’s crafting room for three years. Quarantine seemed like the perfect time to tackle it, which Touam did over three months.

The castle, which is Touam’s second-favorite set, has a pretty albeit unassuming façade, “but on the reverse side there are all these little nods to different Disney movies that I grew up with,” she says. “Cinderella’s slipper is hidden in a little spot that no one will ever know is there except for me. I really appreciate the attention to detail.”

Her top favorite set? The Volkswagon bus. Inside that vehicle is a “Make LEGO sets, not war” poster.

Her passion for building/bricks was ignited when she helped her cousin build a Harry Potter set. “I thought, ‘Oh, this is fun,’” says Touam, who soon acquired her own Hogwarts castle.

Touam, who joined Ursinus in February 2020 and creates enrollment content to promote the college, has also built the Batmobile, the Volkswagon Beetle, the Tower Bridge and the Eiffel Tower, which her father displayed in his office. (Touam was born in France and lists the Eiffel Tower as one of her favorite landmarks.)

“I’m a little self-conscious about the nerdiness of it all, but a few years back David Beckham did the Tower Bridge set and that made it a little less taboo for adults to build LEGO sets,” says Touam. “I think a lot of people have discovered the stress-relieving relaxation aspect of it … and now and then I find out someone else is into LEGOs too, so that’s cool.”

Touam’s experience with the Tower Bridge was memorable beyond the Beckham connection. While building that set, her dog Luna chewed up one large rectangular piece, so it wasn’t usable. Fortunately, the LEGO Store had a replacement. “Crisis averted, but dogs and LEGOs don’t mix,” says Touam.

So which Ursinus building would she like to see as a set? “I’m stuck between Bomberger, which is the landmark building on campus and lends itself well to a really nice set, and the Commons. The way it’s branded with the big U logo on the side would also be really neat and instantly recognizable. You’d see that and say, ‘That can only be Ursinus.’”