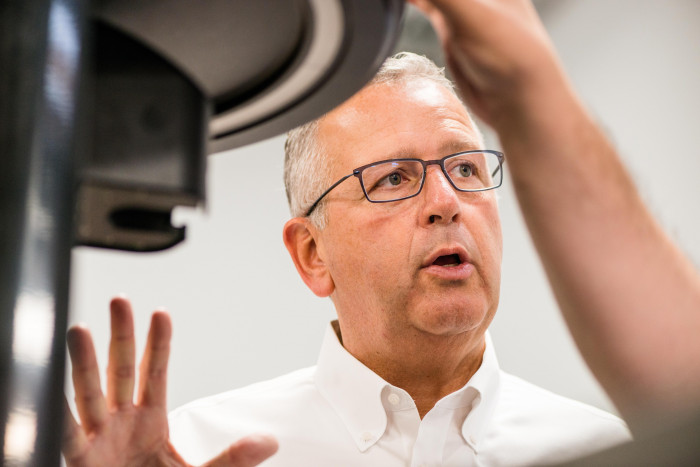 Joe DeSimone ’86 has been named one of two recipients of the 2019-20 Harvey Prize, the most prestigious award bestowed by Technion—Israel Institute of Technology, in the science and technology category.
December 04, 2020

“His achievements are a model for combining basic scientific discoveries with developments of industrial technologies that have a significant influence on mankind. His pioneering scientific breakthroughs include the use of supercritical carbon dioxide to produce fluoropolymers; a new process for precise fabrication of nanoparticles (PRINT) widely used in medical applications,” stated Technion’s announcement.

Harvey Prize winners are selected by a council of world-renowned scientists and experts in each field through a rigorous selection process. Established in 1971 by Leo Harvey (1887-1973), the Harvey Prize is awarded each year for outstanding achievements in science and technology, human health, and significant contributions to humanity. Over the years, the $75,000 prize has become a predictor of the Nobel Prize, and more than 30% of Harvey laureates since 1986 were ultimately awarded the Nobel.

Until recently, DeSimone—who was awarded Ursinus College’s Bear2Bear Impact Award for Leadership and Service earlier this year—was the Chancellor’s Eminent Professor of Chemistry at the University of North Carolina at Chapel Hill and the William R. Kenan, Jr. Distinguished Professor of Chemical Engineering at North Carolina State University. This year, he joined Stanford University and is the Sanjiv Sam Gambhir Professor of Translational Medicine, and a faculty member in the Departments of Radiology and Chemical Engineering, with a courtesy appointment at Stanford’s Graduate School of Business.