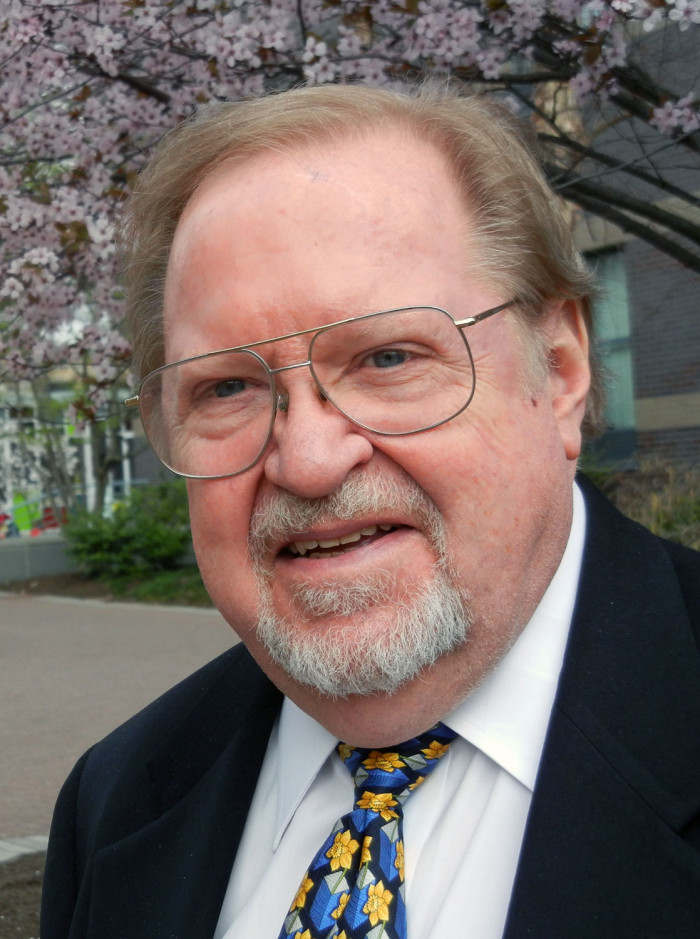 He is perhaps best known for serving as the Ambassador to Sierra Leone during its civil war where he brokered a peace treaty and is credited with turning its future around. During his stay there, the American embassy was severely damaged, and he and his staff flew to the embassy every day by helicopter from Guinea. He served as the Ambassador to Sierra Leone from 1998 to 2001 during its troubles, helping to broker the Lome Peace Accord, that brought an end to hostilities. During a second evacuation, he remained in Sierra Leone with a lone staffer.  Through it all he was able to secure humanitarian aid for the country and negotiate peace, as well as, helping to create the Special Court for Sierra Leone to try those most responsible for the devastating human rights violations that occurred.  During his Ambassadorship, Madeleine Albright made the first visit to Sierra Leone by an American Secretary of State.

Zainab Hawa Bangura,Under-Secretary General and Special Representative of the Secretary General on Sexual Violence in Conflict at the United Nations, was brought by Ambassador Melrose to be the 2014 Ursinus Commencement speaker. She says, “I think I will remember and appreciate him most during the war years in Sierra Leone. We were all against peace. We hated the rebels so much because of the atrocities they had and continue to commit. Joe told me that making peace with them was the only way we can put an end to the blood shed. You make peace only with your enemies so you can have a breathing space to rebuild your life. He knew the rebels did not have the capacity to government and will not survive in an open democratic system. But by continuing the war, we are giving the rebels a legitimacy that they do not deserve. We reluctantly made peace and today we are all so happy we listened to him.”

A Pennsylvania native, Ambassador Melrose graduated from Ursinus in 1966 and taught in Philadelphia and Cheltenham while studying for a master’s degree at Temple University. He joined the Foreign Service in 1969, with his first overseas assignments to Vietnam and Syria.  Ambassador Melrose was serving as Consul General in Karachi, Pakistan when President Zia and U.S. Ambassador Arnold Raphel died in a plane crash and during the start of its third democratic era.  He was Deputy Chief of Mission in Lagos, Nigeria, from 1995 to 1998, during a time of great change and the start of its democratic transition.  Ambassador Melrose also held a wide range of domestic positions, including Executive Director of the Political-Military and Near East and South Asia Bureaus, and he was Vice President of the American Foreign Service Association.

Ambassador Melrose was instrumental in uncovering the connection between the illicit trade in diamonds and armed conflict.  He helped to establish the first certification programs for diamonds, which evolved into today’s Kimberley Process and has worked to ensure that blood-diamonds do not enter the retail stream. Testifying before Congress, on the issues surrounding conflict diamonds, he stated that, “The customer should be able to know that the diamond he or she purchased did not get to the retail counter by increasing the suffering of fellow human beings.”

In addition to his diplomatic and negotiating skills, Ambassador Melrose was renowned at the State Department for his hands-on ability to solve problems, and was sometimes referred to as “Mr. Fixit.”  He led the Foreign Emergency Support Team that deployed to Nairobi, Kenya, following the 1998 U.S. Embassy bombings, where he helped oversee the reestablishment of Embassy operations and the recovery effort.  He also played roles in the reopening of the U.S. Embassy in Beirut after terrorist attacks there in 1983, as well as the evacuation of U.S. diplomatic personnel following unsuccessful attacks on the Karachi consulate during the first Gulf War.

Upon leaving Sierra Leone in September 2001, he served as coordinator for the State Department’s post-September 11th Task Force.  When asked how he had been so often selected to function as a diplomatic repairman, Ambassador Melrose said during a 2012 interview that he had gained his expertise from frequently “being in the wrong places at the wrong time.”

Ambassador Melrose retired from the U.S. Department of State in 2002, after three decades in the Foreign Service and fulfilled a lifelong dream of returning to Ursinus to give back that spirit of service which set him on his path.

Following his retirement, Ambassador Melrose was called upon to serve as an advisor on a wide range of diplomatic projects.  He became a Senior Consultant in the Office of the Secretary of State’s Coordinator for Counterterrorism and served as the Acting U.S. Representative for Management and Reform to the United Nations at the United States Mission.  In late 2006, he became a Senior Advisor to the U.S. Delegation to the 61st U.N. General Assembly, continuing this role in the 62nd and 63rd assemblies.  In 2008, he was a Senior Consultant to the UN Special Court for Sierra Leone studying transition plans for the Court, bringing his role full circle.

Most recently, following the September 2012 attacks on the U.S. diplomatic facilities in Benghazi, the Accountability Review Board recommended that the Department re-examine the organization and Management of the Bureau of Diplomatic Security, with a particular emphasis on span of control for security policy planning for overseas U.S. diplomatic facilities.  The Department convened a panel of experts, and Ambassador Melrose served as the vice chair of this panel.

Ambassador Melrose also used his diplomatic skills and problem-solving abilities in a variety of charitable endeavors, never forgetting that every human being, no matter their rank, age or capacity was worthwhile.  When he was assigned to Pakistan, he helped establish the Special Olympics there, accompanying the team to its first international competition, the now-annual Donkey Cart Race in Karachi and a Boy Scouts of America Troop.  He was a volunteer consultant for the International Medical Corps, which included traveling to Iraq in 2003, a board member of Restless Development (formerly Students Partnership Worldwide), an organization which pairs international students with local national volunteers to work with other young people, teaching HIV/AIDS awareness, food security, and public health, and a former Cubmaster and Assistant Scoutmaster of historic Pack/Troop 52.

Ambassador Melrose was an active board member and served, from 2005-8, as President of the National Collegiate Conference Association, sponsor of the National Model United Nations, doubling its size during his tenure and starting its international expansion while bringing his uniquely pragmatic viewpoint to a broader range of students.

A member of DACOR (Diplomatic and Consular Officers Retired), the World Affairs Council of Philadelphia, and the Liberian Studies Association he also served, as a former President, on the Advisory Board of The Speaker’s House, Inc., a non-profit organization founded to restore the Trappe, Pennsylvania home of the first Speaker of the U.S. House, Frederick Muhlenberg.

Among the awards Ambassador Melrose received are the H. Lloyd Jones Award for distinguished advising and mentoring, an honorary degree in Democratic and Human Rights Studies from Hilla University in Iraq, the Department of State’s Distinguished Honor Award, the Secretary of State’s Career Achievement Award, the Presidential Distinguished Service Award, an honorary Doctorate of Laws Degree from Ursinus College, and honorary Doctorate of Humanities by Francis Marion University in South Carolina, the Department of State Group Distinguished Honor Award, the Silver Beaver Award from the Boy Scouts of America, the Award of Merit from the World Islamic Federation and the Foreign Service Cup.

In addition to his illustrious career on the global stage, Ambassador Melrose provided a spectacular link for Ursinus students who were given first-hand lectures by leaders in the fields of human rights and diplomacy, including humanitarian John Prendergast, former Ambassador Richard W. Murphy, who served as U.S. ambassador to Mauritania, Syria, the Philippines, and Saudi Arabia, and many others.

His death especially saddened the many students he mentored and connected with service organizations around the world. During his 12 years on the Ursinus faculty, he was devoted to the political science and international relations students at Ursinus.

Colleague Houghton Kane, recently retired Professor of Politics and International Relations, reflects, “I have never seen anyone better able to bring his ‘real life’ experience and contacts into his work as a professor. His office was next to mine. An almost unending stream of students flowed in and out of his office, mixing in with U.S. and foreign diplomats who Joe had invited to campus to visit his classes and to speak to all-campus meetings.”

His former classmate and colleague James Baer ’66 said from the day they met in 1962 it was clear that Melrose was a gentleman and a patriot. “He was a scholar and a first- class human being,” says Baer. “Joe was a leader at Ursinus, first as a student who revitalized the international relations club bringing a sense of importance to this new field. He was a great teacher, better friend and even better mentor for all of us who had the privilege to know him.”

Among the courses he taught was “International Organizations and Diplomacy,” which emphasizes functions of the U.N. He led the Ursinus Model U.N. delegation annually, and was former President of Board of Directors of the National Collegiate Conference Association, sponsors of the Model UN. He helped to initiate the first international Model U.N., which was held in China in 2008. He called the experience “invaluable,” because the conference helps students learn how to think critically and then express their thoughts verbally to gain confidence in public speaking.

He was also generous with his time off campus. He recently spoke at Conrad Weiser High School in Berks County, Pa., about his career as a foreign diplomat, discussing the terrorist attack in Benghazi, Libya, human trafficking, blood diamonds, international democracy and other issues. He was invited to speak at the high school by his former student, global studies teacher, Jullien Searfoss ’05. He told the students that a career in international relations comes with some inherent risks, but there are a lot of opportunities to help people.