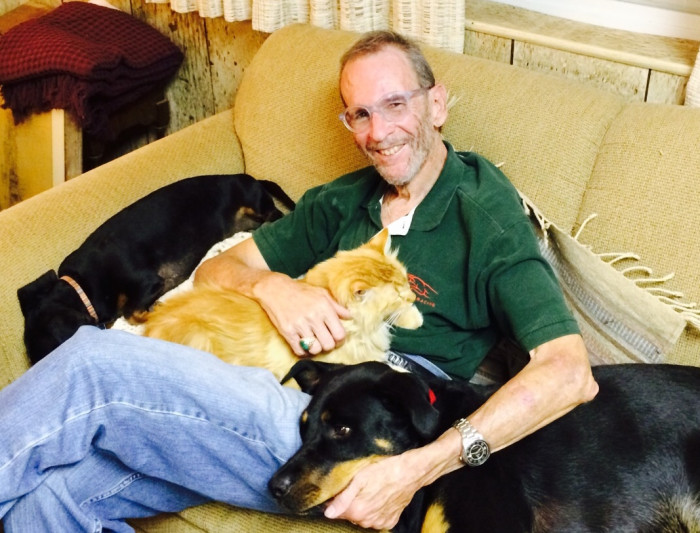 A Personal Journey Down the Many Roads of Medicine

“You can tell you’re going to be a doctor, Bobby,” my fourth grade teacher, Miss Reutter, told me with a smile. “It’s almost impossible to read your writing!”

I grew up in a small town in South Jersey where my father was the only doctor. His brother practiced in Philadelphia, and another uncle was a pioneer pulmonologist.

Time went by, and I found myself a pre-med-er at Ursinus in the fall of 1958. Every weekend night my roommate and I did our chemical calculation problems until we were two months ahead. Social life? Fuh-get about it!

Our class began with about 100 in the pre-med curriculum. By June 1959, we had 21 remaining. Somehow I was still among them. I found the studies especially difficult because I still wanted to design cars or be an architect.

One day in the beginning of my junior year, I decided I was done. I hitched a ride home and told my dad I wanted to transfer to the University of Pennsylvania and study architecture.

His response was, “Fine, go ahead, but don’t expect to get one penny of financial assistance unless you continue in medicine.” So, with my tail between my legs, I returned to Ursinus in time to study for my Monday Histology test.

When I received my acceptance to medical school, I considered turning it down. Instead, I plugged on. About halfway through, my father stopped providing for tuition, so I got loans for the last two years.

After a rotating internship, I began a psychiatry residency at the Institute of the Pennsylvania Hospital. However, after two years, I switched to OB/GYN.

After my residency, I moved to West Texas and practiced obstetrics for about 35 years. I delivered over 7,000 babies. I loved it! My son joined me in practice. When we were bought by our hospital, I left. I was offered a job as medical director of a nearby privately run federal prison for male illegal aliens. There were 1,950 of them, and most were from Mexico and South America. I was the only doctor, and took care of their medical and psychiatric needs.

Several of my patients were drug lords from Colombia who had been extradited to the U.S. To my surprise one was Jewish, like me. Another, who was about to return to Colombia, asked me to go with him and be his personal physician.

“Oh Doctor, you will have a huge home, and oh, the women!” he exclaimed.

“Thank you for asking,” I replied,” but I don’t think my wife would like that idea.”

I really enjoyed that job and learned a lot—everything from what tattoos identified which Mexican mafia gangs to how to successfully treat TB and leprosy.

Then the company that operated the prison merged with another firm, and I was left without a job. I was hired by the University of Texas Medical Branch, which ran the health services at the Mountainview and Hilltop Units in Gatesville, Texas. These were home to the only death row for women in the state.

My time there was both interesting and bizarre. Imagine seeing one of your more regular patients. She presents for a rash. During the visit you both laugh and joke, as do the attending correctional officers. And less than a week later she is executed. I began that position with ambivalent feelings toward capital punishment. I ended the job as an opponent.

After two years in Gatesville, I returned to our ranch near Lubbock due to my wife’s health concerns.

Since I am not a believer in retirement, and since I love being a doctor, I still work. I now work several days a week in urgent care. After almost a year, I am becoming quite comfortable in treating the varied problems of our patients who literally range in age from six months to 100 years.

Robert Frost referred to the road not taken. Medicine offers many roads, and the opportunity to explore them during a lifetime. Even to someone who has serious qualms about starting the journey in the first place.