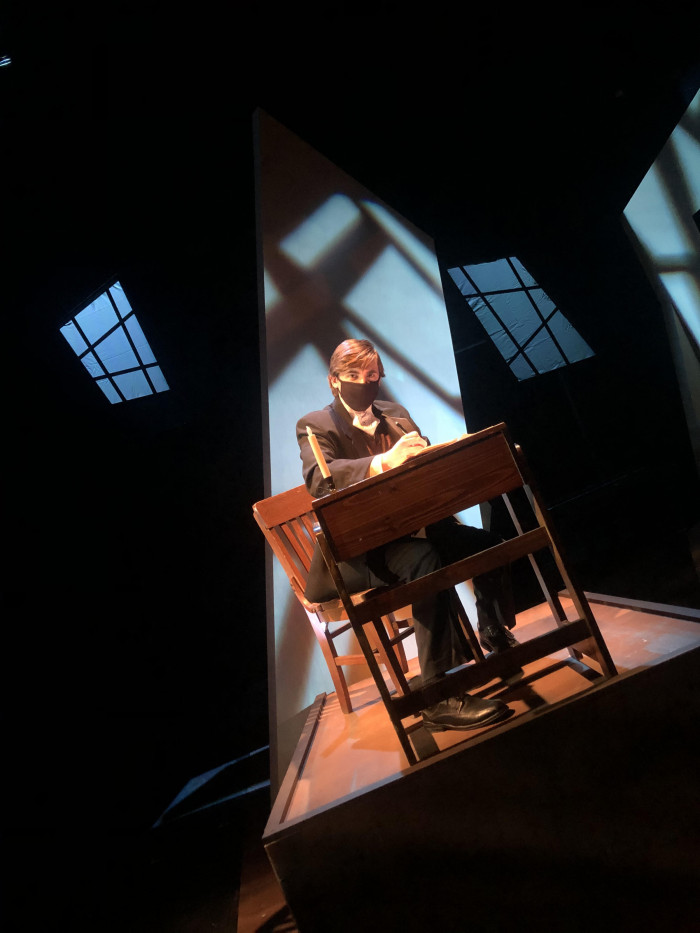 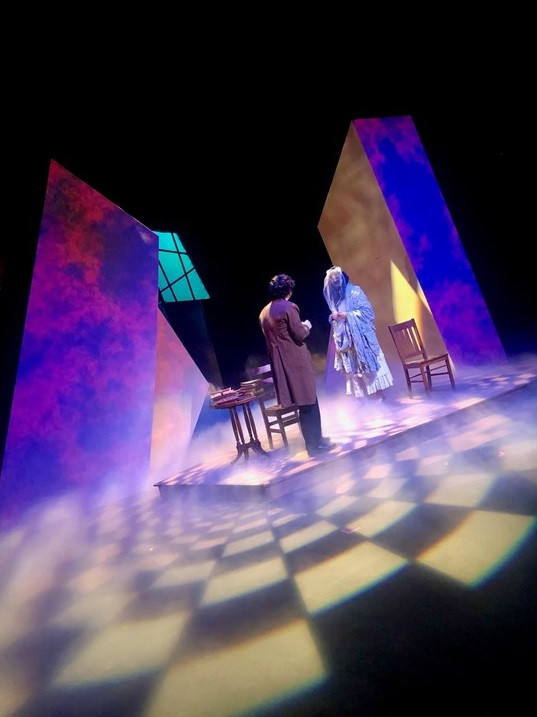 A five-part theatrical performance derived and inspired by the works of Edgar Allan Poe will be presented virtually to audiences this spring on Ursinus College’s LIVE! on Main website.
February 19, 2021

Poe on Poe, adapted and directed by Professor of Theater Domenick Scudera, brings Poe’s stories, poems, essays, and other writings to life, including The Tell-Tale Heart, The Raven, The Cask of the Amontillado, and more. The performances will be filmed on stage in Ursinus College’s Kaleidoscope Performing Arts Center with five parts being released weekly on ursinus.edu/live-on-main:

Poe on Poe was originally written and performed at Ursinus in 2004 and has been reimagined as a filmed performance for 2021. It presents Edgar Allan Poe as a character talking about his writing process, goals, and musings on art. His dialogue is derived from his actual writing on these subjects. Scudera said that Poe “had a very good sense of entertainment in his writing.”

“His parents were actors, so he did have a sense of theater,” Scudera said. “He wasn’t writing for the theater, but he was writing to entertain people. He spent a lot of time writing about his writing. So, he showed us what he was doing to create an effect and capture an audience. That became the glue that holds together the play.”

The five parts will be filmed without an audience and will be performed in a way that enables safe COVID-19 guidelines, including physical distancing. Scudera said the new iteration creates unique and exciting challenges for the student actors and the production staff.

“We’re filming it in a way that best represents Poe magic for audiences,” Scudera said.

Poe on Poe was chosen to perform at the regional American College Theater Festival (KCACFTF) in 2005. Visit ursinus.edu/live-on-main every Friday beginning March 12 to view each new film.