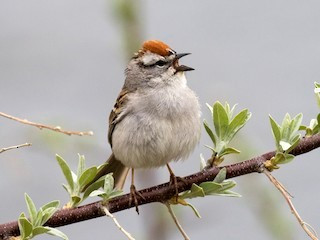 HomepageNewsUrsinus to Join “Lights Out” Campaign to Help Migrating Birds

Ursinus to Join “Lights Out” Campaign to Help Migrating Birds

The Philadelphia region—including Collegeville, Pa.—is along the Atlantic Flyway, a path over which birds migrate hundreds or thousands of miles. Ursinus College will be joining a national effort to assist them on their journey this spring.
March 29, 2021

Stretching from the Arctic to the Caribbean, the Atlantic Flyway is one of four major flyways in North America over which birds travel to their nesting areas in the north in the spring, and their overwintering grounds in the fall.

During this journey, lights can confuse the birds, especially on cloudy nights when they cannot see the stars that they use to help them find their way. Migrating birds are susceptible to colliding with buildings and windows, particularly lit buildings at night. Interior lights shining through windows can also confuse birds because trees reflected in the glass may seem real, or lit windows may seem like pathways between obstacles. They may also circle lights until they die of exhaustion.

Smithsonian Magazine and other media have announced that Philadelphia is joining the National Audubon Society National Lights Out Program on April 1, 2021, locally led by a coalition of organizations called Bird Safe Philly. Lights will be turned off on many Philadelphia buildings, including the Comcast Center, during spring and fall migration season.

Ursinus, which is registered with Lights Out Philly, is pitching in to help.

Facilities Director Steve Gehringer was quick to lead an initiative with Campus Safety to discover how Ursinus could do its part while maintaining the safety of the campus community. The two teams identified certain outdoor lights on and around buildings, particularly with lights pointing upward—as well as some interior lights—that could be safely turned off during spring migration from April 1 to May 31 and during fall migration from August 15 to November 15 during midnight to 6 a.m.

Ellen Dawley, a professor of biology who teaches ornithology (the study of birds) at Ursinus, reports that migrants on campus include chipping sparrows, chimney swifts, and killdeer. Migrants in Hunsberger Woods include the eastern phoebe, gray catbird, eastern towhee, and yellow rumped warbler.

Additionally, the effort will help the college—which has been included in the Princeton Review’s guide to green colleges—reach its goal of becoming carbon neutral by 2060.