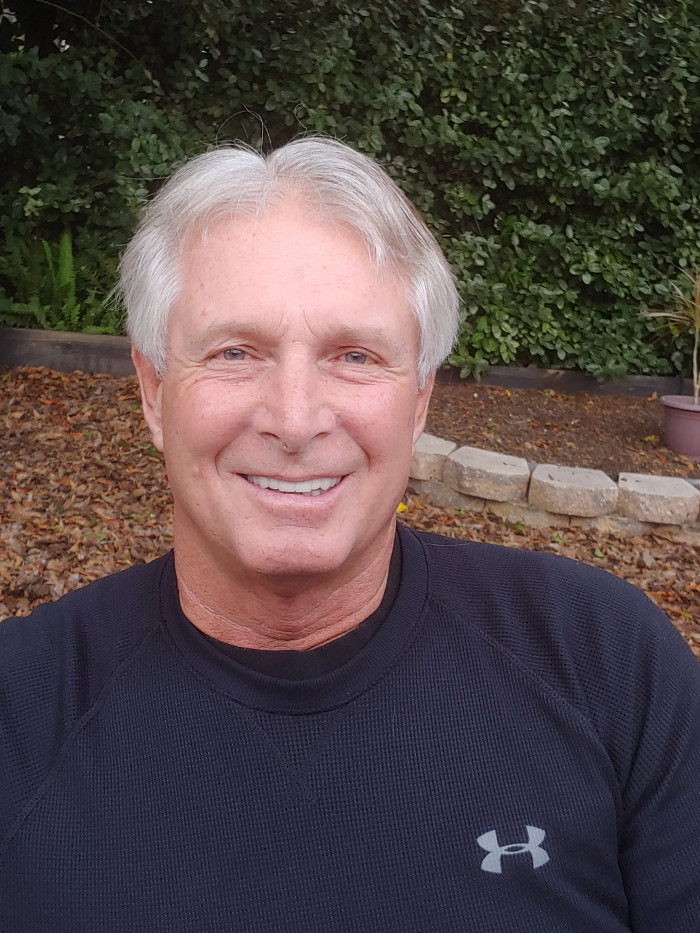 Mike Mangan has been doing Ursinus proud since he first started at the college back in the ’60s. While earning his degree in physical education and health, he managed to excel simultaneously at baseball, wrestling and football, so much so that he has been inducted into Ursinus’s Hall of Fame for Athletes for all three sports. An All-American, Mike helped the Bears win the Southern College Division football championship in 1970, a hugely exciting victory for the college’s small program.

Of course, Mike’s skills extend far beyond the field. Soon after graduation, he founded Mangan Realty & Investments in Florida and successfully ran it for 20 years, earning Osceola County’s Business Person of the Year in 1989. During this time, Mike continued to be a leader, a role model and a team player, as he has always been. He served as president of the Osceola County Board of Realtors, of his local Kiwanis Club and of Central Florida Sunshine for Children, an organization that fulfills the wishes of children with serious or terminal illnesses.

Though he was a great realtor and businessman, Mike felt that he had more to give. He still loved sports and education and had always dreamed of working with special needs children, so in 1993 he embarked on a radical career change. He went back to school, this time at National Louis University, where he earned a master’s degree in education. After graduation, he sold his real estate business and embraced his new career wholeheartedly, so much so that Osceola County named him Adapted Physical Education Teacher of the Year in 1996.

Mike has been devoting himself to his special needs students and athletes ever since, and his passion and hard work have not gone unnoticed. In 1998 he and his wife moved to Ft. Walton Beach, Florida, so Mike could work as an adapted physical education teacher at a specialized school for students, aged three to 22, with varying degrees of mental and physical disabilities. He became Teacher of the Year there, too, and was promoted to the position of adapted physical education coordinator for the entire Okaloosa County School District, where his influence could have an even wider impact. While there, Mike implemented three levels of care for special needs students: First, in order to give access to physical education for children with moderate disabilities, he would oversee and guide P.E. teachers in each school, training them on how to adapt their curricula to the needs of their disadvantaged students. Second, with children whose needs were more involved, he would personally accompany the students to P.E. and act as a role model for the P.E. teachers until they were comfortable with the children. Third, with children that had significant mental and/or physical disabilities, he would work with them in an individual coaching capacity.

Clearly, Mike is a hands-on leader; he’s not one to step back and expect others to do the hard work. Plus, he derives such joy and satisfaction from interacting personally with his students, a joy he had never experienced in his real estate career. Mike constantly would have children tell him that they loved him. He says he never had one client in real estate tell him that!

Mike has inspired and given hope to so many children and their families through his work as an educator, but he didn’t stop there. He has also given hundreds of hours of his time to the Special Olympics. When Mike was lead coach for Florida Skiing at the World Games in Anchorage, Alaska, in 1999, an athlete that he taught to ski in North Carolina won two gold medals. He was also the table tennis coach for Florida at the World Games in North Carolina in 2001, where one of his athletes received a third place medal. As a result of this tremendous work, he was named the Okaloosa County Special Olympics Volunteer of the Year two times and was subsequently inducted into their Hall of Fame.

Children are drawn to Mike’s compassionate, fun-loving spirit. They flock to him at his church, where he is involved in its children and youth ministries. Joe Lorenz, a close friend of Mike’s and fellow congregant, had this to say about him: “I’ve seen Mike go out of his way to teach children sportsmanship and cooperation. I recall one church event where Mike brought a parachute and taught the children to hold the edge of the parachute and to cooperate in raising it into the air, while others ran under it from one side to the other. The children’s laughter and excitement never stopped. Mike is truly the most honorable, devoted, enjoyable and sincere man I’ve ever known.”

Mike is as genuine as they come, and for that reason and for all that he has done as a teacher, coach, volunteer and community leader, we are happy to present him with the 2020 Henry P. and M. Page Laughlin Educator Award.

How is winning an alumni award significant for you personally and professionally?

Receiving the Henry P. and M. Page Laughlin Educator Award is literally the “icing” on the cake of my teaching career! I am very proud of my other accomplishments through my years of teaching, but to receive an award from the institution that prepared me for this career is exceptionally rewarding.

How did Ursinus College prepare you for your career as an educator?

From the first day of my student teaching, I felt that Ursinus College prepared me for the challenges and experiences of being an educator. It seemed that I had most of the answers for the varying circumstances that arose during my student teaching days and that carried over into my actual career as an educator.

How have your Ursinus mentors shaped your role as a leader in your industry?

I was so fortunate to have so many of the Ursinus “superstars” as my teachers and mentors. They inspired me to lead by example. Following are some of those celebrated professors: Eleanor Snell, Ray Gurzinski, Richard Whatley, Adele Boyd, and the infamous Dr. Helfferich, our esteemed college president (who actually did mentor me).

What inspired you to serve the youth in your community through the Kiwanis Club, Special Olympics and Central Florida Sunshine for Children organizations?

My interest in serving children actually started in my junior year at Ursinus. Our fraternity, Zeta Chi, went to a Christmas party at a school for children with special needs. From that one experience I felt a calling to work with children (especially those with handicapping conditions).

What was your proudest Ursinus College moment?

The two more significant moments were when Ursinus won our conference championship in football and when I was named to the All-American football team. Both of which were in my senior year.