Born three months premature, wrestler Will Schwartz ’24 wasn’t given much of a chance of survival. His story is one of resiliency and hope. 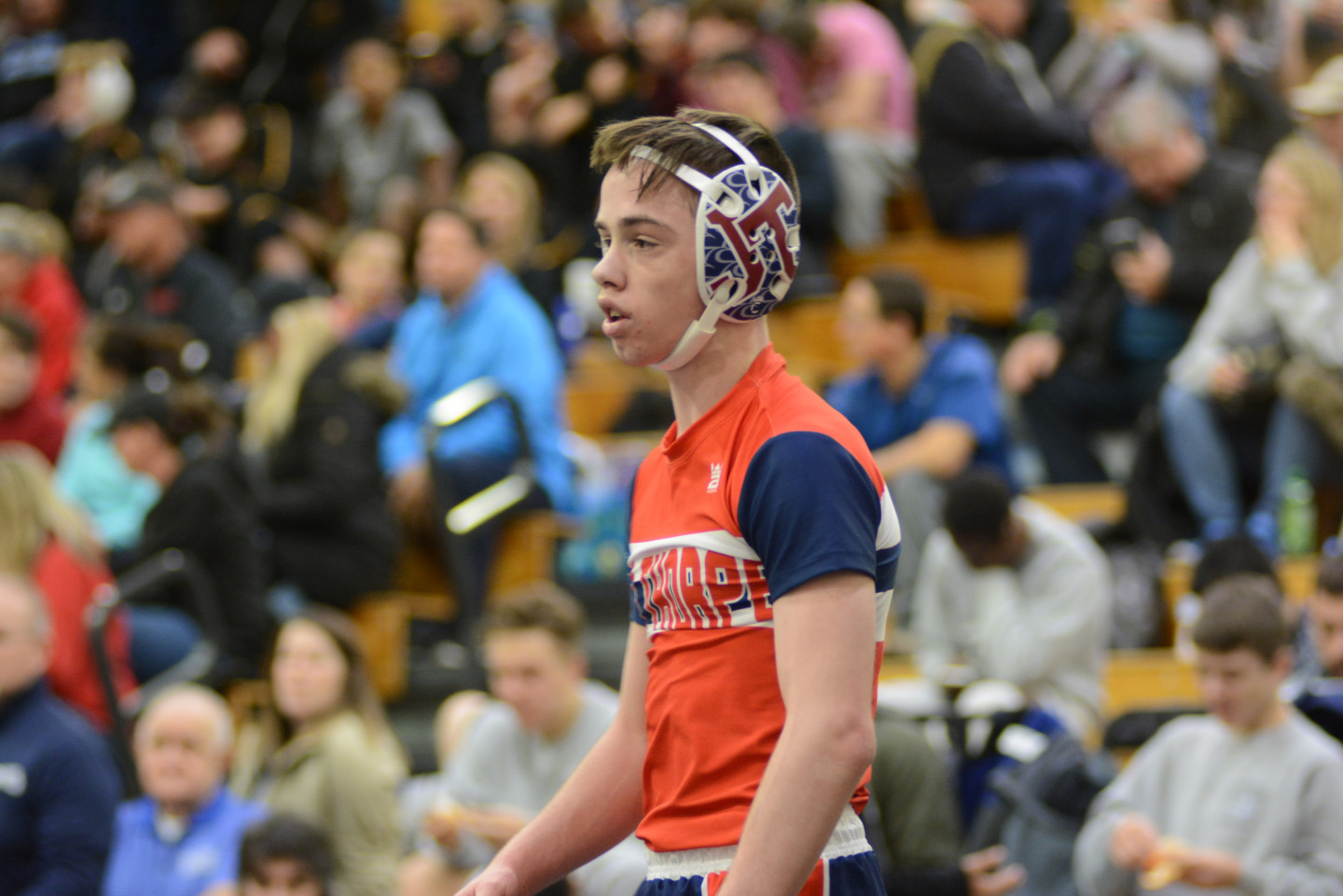 Will Schwartz ’24 probably shouldn’t be here. Not “here” as in at Ursinus, as a freshman on the wrestling team. Here as in on this Earth. Here as in alive.

As far as life beginnings go, Schwartz’s was especially inauspicious. Three months before Will’s due date, his mother, Kathy, got a call from her doctor.

“I had a regular appointment that morning, and at 5 o’clock [the doctor] called and said we had to go to the hospital,” she said. “The amniotic fluid was leaking.”

Kathy and Brian got their 1-year-old son, Jacob, from daycare and drove two-plus hours from their home in Hookset, N.H., to Dartmouth-Hitchcock Medical Center, home to one of the top neonatal units in the country.

After about two weeks of bed rest, the doctors came into Kathy’s room in the middle of the night and told her that it was time.

“I had started to hemorrhage,” she said. “They just came in, and it was done. They didn’t tell me anything, they just said you’re hemorrhaging and we’re gonna take him.”

“Of course you’re saying no, because it was three months early. It was out of nowhere,” Brian recalled. “They could never figure out why he was born so premature. When that happens, they’re not ready to be out.”

Will needed ventilators to breathe, but the machines were taxing his frail, undeveloped lungs to a critical point. Nearly half of his lung capacity was scarred. And he was small—dangerously so.

“The prognosis for a kid born as early as him is really bad,” Brian said. “When they first weighed him, he was under 900 grams. Evidently if you weigh under 900 grams, the probability of survival is around 35 percent.” 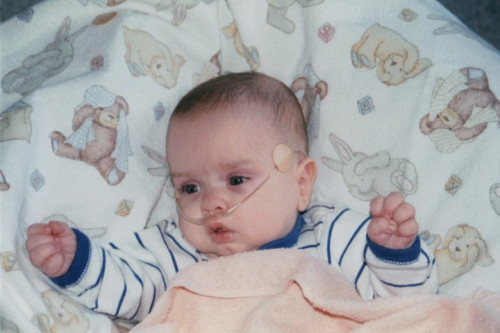 For the first few days of his life, Will was hooked up to a state-of-the-art ventilator that vibrated air into his lungs. Despite the ventilator being turned up to its highest setting, his oxygen levels continued to drop. The hospital’s top neonatal doctor told the Schwartzes that there was no way to make the respirator give Will more oxygen. They were shown MRIs of brain bleeds.

Then came the kicker.

“He said we might get to a point in a few weeks where we have to decide if we want to turn off the respirator,” Brian said. “That floored us, obviously.”

Over the next few weeks, Will’s outlook gradually improved. Death was no longer a realistic fear, but his stay in the neonatal intensive care unit continued. He was fed through a tube, and Brian and Kathy were hardly able to hold him.

Along with one other infant, Will occupied his own area of the ICU.

Gradually over the next several weeks, Will’s outlook continued to improve, and after four full months he was able to go home. Instead of leaving with diapers and blankets, his parents returned with a pulse oximeter and an oxygen tank. The oximeter measured his levels 24 hours a day.

“They said, ‘if you can’t get his levels up, call this number and we’ll get a helicopter to you,’” Brian said.

Will needed round-the-clock care. He was hooked to an oxygen tank for the first three years of his life. He couldn’t eat solid foods and didn’t crawl until after his second birthday. And the Schwartzes also had a 1-year-old at home.

“I don’t know how we did it, to be honest with you,” Kathy recalls with a laugh.

Eventually, the tubes and the tanks gave way to something approaching a normal childhood, one with school and sports. Due to his diminished lung capacity—the scarring from his infancy remains to this day—Will tired easily. He started with baseball and remembers having trouble holding the bat. Still, sports gave him a sense of normalcy in a childhood mostly bereft of it.

“Playing sports, I felt a little more normal,” Will said. “I was undersized, but it wasn’t a big deal because so was everyone else.”

For the Schwartzes, the hallmarks of childhood—sports activities, spending time outdoors—were never going to be a question mark for Will.

After a few years of baseball, the Schwartzes started to consider wrestling. It seemed like a perfect fit.

“My dad signed me up for wrestling because he knew I was always going to be undersized but it didn’t matter, because that’s a sport where I could excel with my work ethic and drive,” Will said.

Will took to wrestling immediately. It spoke to a character and resilience forged from the moment he was born.

“From then on wrestling, I think, became part of who he is,” Brian said. “His first match ever, when he was 8, he won with only a couple seconds left.”

“He kind of excited the community, because he was a kid who didn’t quit. I always told people around me, ‘that’s all he knows.’ I think his personality comes from those first few months when he was fighting for his life. From second one, he had to fight, or he wasn’t going to live.” 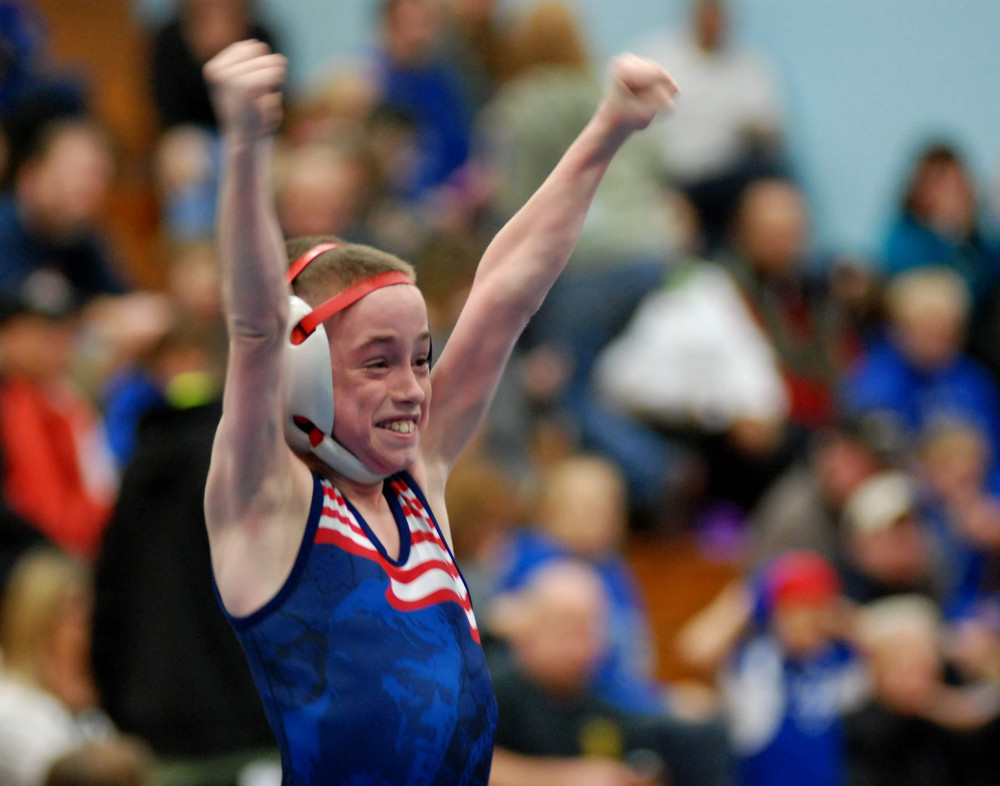 After cutting his teeth in his local youth program and middle school, Will’s scholastic career continued at Jim Thorpe Area High School, where Brian teaches computer science while also serving as an assistant coach for baseball, football, and wrestling. The jump in level, combined with Will’s continued size disadvantages, made the transition difficult.

“It wasn’t a very good time because I’m a 90-pound kid wrestling at 106, just getting thrown around,” he said. “But I never let that shake my love for the sport.”

Schwartz’s high school career followed much the same arc as his life—a rough start giving way to gradual improvements and, eventually, a series of major milestones. He had just a 6-20 record as a freshman, but improved to 16-14 with 12 pins as a sophomore, when he was elected team captain for the first of three years.

The big payoff came during his junior season. Schwartz finished 25-16 and took fourth place in the Schuylkill League tournament and the District XI tournament, the latter earning him a berth to regionals.

“His personality of always fighting, it was just a matter of would the hard work pay off, and it did,” said Jim Thorpe coach Shawn Albert. “When he advanced to regionals, it was an extremely emotional moment … I remember looking up at his parents in the stands at Freedom High School, and it wasn’t even jumping for joy. It was just a very defining moment of being extremely proud.”

Schwartz’s senior year was even better. After a 27-12 campaign, he captured the 113-pound title at the Schuylkill League tournament, becoming only the sixth league champion in program history. He went on to place third at the district championship and qualified for regionals for the second year in a row.

“You grow a connection to kids regardless of where they came from, but for Will, it was just very personal for all of us because of the fact that he understood where he came from and the passion that he brought every single day,” said Albert.

After his junior season, Schwartz began to realize that wrestling at the collegiate level was an entirely realistic proposition. Not knowing where he might be able to compete, or even want to go, he filled out plenty of recruiting questionnaires before one of his assistant coaches, Dan Heaney, put him in touch with Ursinus head coach Joe Jamison. Heaney and Jamison were college teammates at King’s College.

“It was pretty early on, after I’d say two or three conversations, that you could tell this was a kid we wanted in our program,” Jamison said. “He’s a salt-of-the-earth kind of guy, hard-working. Will is always more concerned about other people and the program at large as opposed to his own individual development.”

Jamison didn’t learn about Schwartz’s early struggles until he had already pledged to join the program.

“I think with a lot of other kids I would’ve found out about this story a lot earlier,” Jamison said. “I knew he was premature and a couple of things, but not to the extent I know now.

“If I was in his spot and being recruited, I probably would’ve sent them those news articles. The fact that he didn’t is mind-blowing to me. He doesn’t want that to define him, he wants his future to define him, which speaks volumes about his character and who he is.”

VIDEO: Ursinus wrestler Will Schwartz had to overcome a lot early in his life. Watch his incredible journey to collegiate athletics. (08:59)

Since Will’s birth, the Schwartzes have raised money for the March of Dimes, which works to research and prevent premature birth and its effects. Will was the ambassador for the Northeast Pennsylvania March of Dimes walk in 2013.

“We try to help people understand that there’s premature babies born every single day, and they all deserve a fighting chance like Will had,” Kathy said.

Schwartz’s future, once hardly assured, now shines as bright as ever. He’s at his dream school, part of a program on the rise, and thriving as a member of the Ursinus community.

“From the moment I set foot on campus it just felt like home,” Schwartz said. “Spending time with the team, I knew this was the place I wanted to be for the next four years.”

For his parents, and so many others, Schwartz’s story—his very life, even—is a message of hope and a testament to the human spirit.

“I can’t even express how proud of him I am,” Brian said. “Ursinus is an awesome academic institution, and it feels like how a college campus should feel. We felt it would turn him into the person he wants to be. I’m super impressed with where he’s landed and the opportunities he’s got ahead of him.”

“To see where Will had come from, ultimately it gives hope to everybody that regardless of the obstacles you’re given in the early parts of life, or in any part of life, you can certainly fight through it,” Albert said.

Schwartz is quiet by nature. Jamison isn’t sure how many of his wrestlers, if any, are even aware of the story. Though he doesn’t want it to define him, it will always be at the core of everything he does. Schwartz is, above all, a fighter—and he’s not going anywhere.

“I think the struggles I dealt with early in life have taught me that most things in life require you to battle relentlessly,” Schwartz said. “My tenacious desire to succeed in my life, on the wrestling mat, and in the classroom was forged through years of struggling to survive. It is the only way I have ever known.”

“When we meet people who don’t know the story, you tell them and they’re like, ‘Oh my God, that’s crazy,’” Brian said. “I’d use that as inspiration for Will all the time. I’d tell him he should be wearing a shirt that says, ‘I’m still here.’ You’re not even supposed to be here. Just by all of the things you’ve done so far, this next obstacle should be nothing. It’s almost like a story from a movie.”

During Will’s extended stay in the NICU, there were whiteboards by the bed of each infant. Medical staff wrote down progress reports and milestones, as well as the child’s name and nickname. Brian and Kathy chose the moniker “William the Conqueror” for their son.

“The doctors and nurses were amazed by the way he fought to survive despite tremendous obstacles,” Brian said. “The name stuck with him because he has known no other way of life but to battle.” 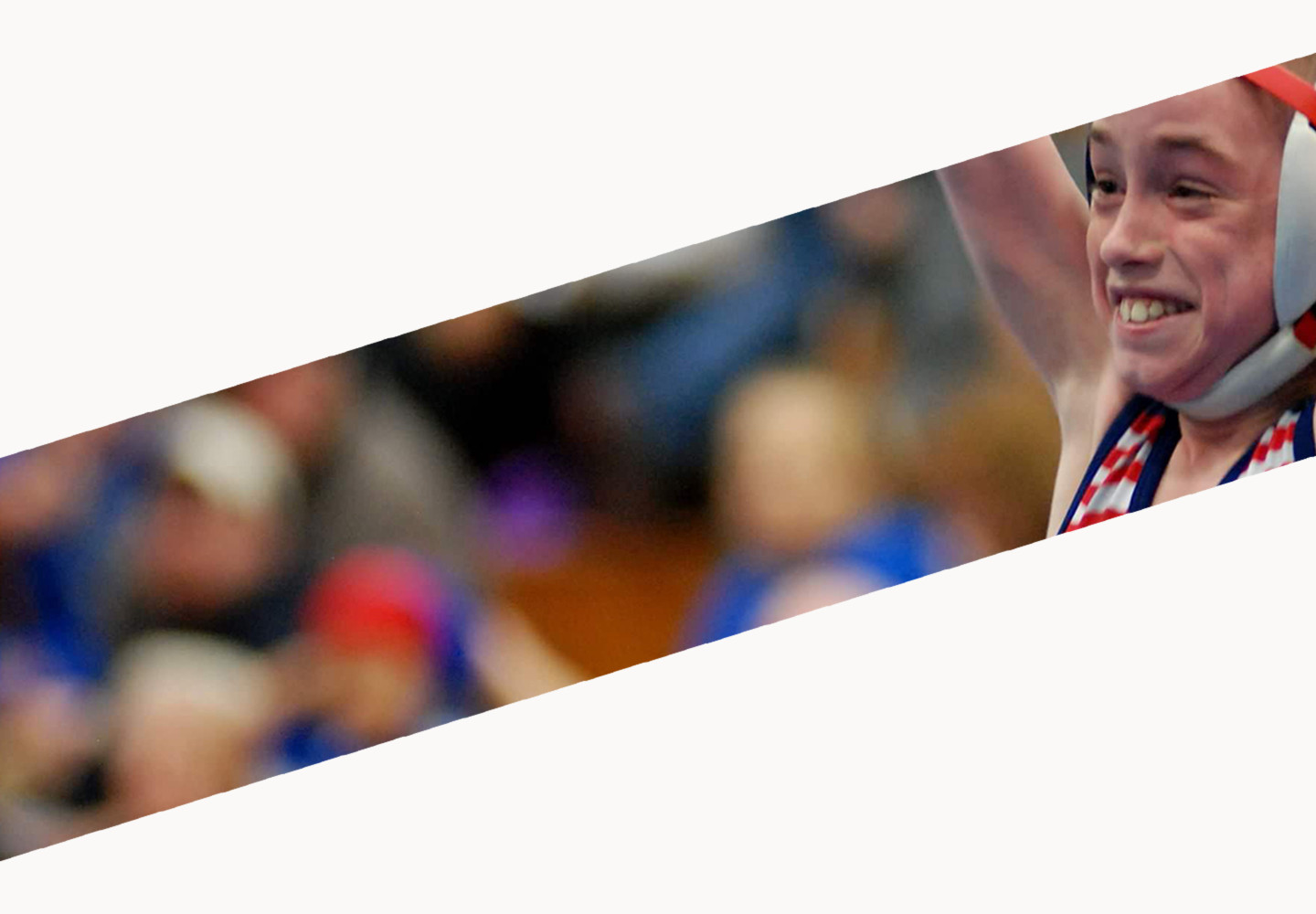 One Year Later, Class of 2020 Comes Home for In-Person Commencement